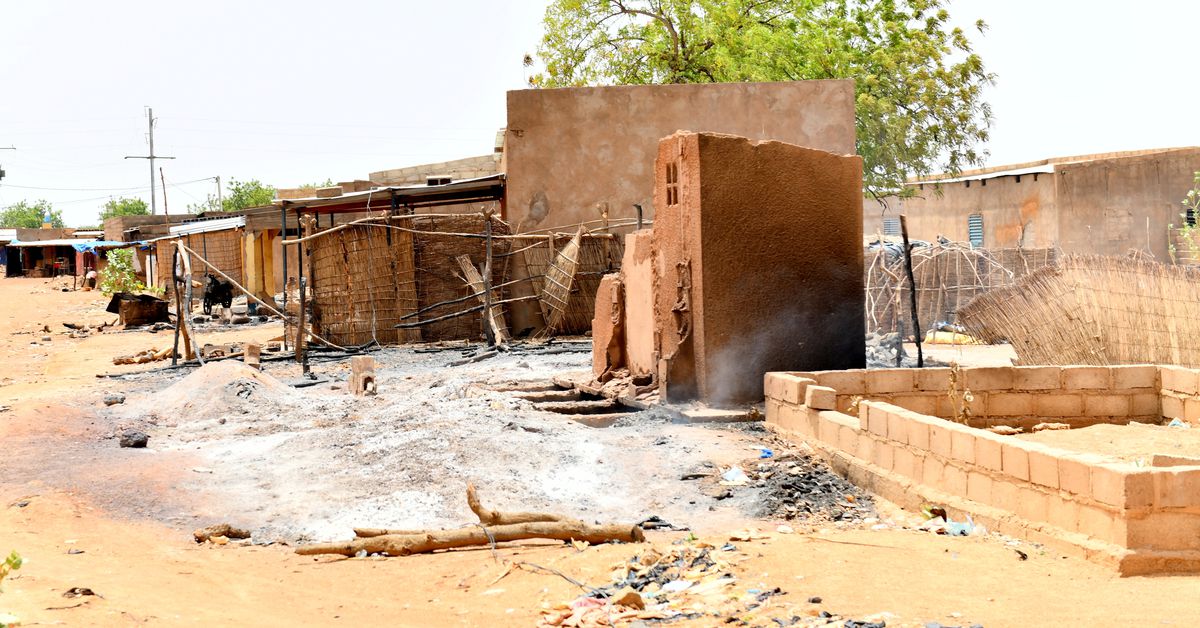 A view shows damaged buildings and huts at the site of an attack in the village of Solhan in Yagha province, bordering Niger, Burkina Faso June 7, 2021. Burkina Faso Prime Minister’s press service / distribution via REUTERS

OUAGADOUGOU, June 24 (Reuters) – A massacre in northeastern Burkina Faso, in which more than 130 people were killed this month, was carried out mainly by children aged 1

Armed attackers raided the village of Solhan on the evening of June 4, opened fire on residents and burned homes. It was the worst attack in several years in an area plagued by jihadists linked to Islamic State and al Qaeda. Read more

Government spokesman Ousseni Tamboura said the majority of the attackers were children, leading to condemnation from the UN

“We strongly condemn the recruitment of children and young people by non-governmental armed groups. This is a serious violation of their fundamental rights,” the United Nations Children’s Fund (UNICEF) said in a statement on Thursday.

Despite interventions by UN peacekeeping forces and international armed forces, attacks by Islamist extremists continue unabated throughout the Sahel region of West Africa, including neighboring Mali and Niger.

Local officials in northern Burkina Faso, where jihadists control large areas, said child soldiers had been used by Islamist groups over the past year, but this month’s attack was by far the highest profile case.

It represented a new low point for the poor West African country, which since 2018 has seen a sharp increase in attacks on civilians and soldiers.

Hundreds of people have been killed and more than 1.2 million displaced, UNICEF said, many of whom have been forced into temporary camps across the arid north, east and center. Over 2,200 schools have been closed – approx. one in ten – affecting over 300,000 children.