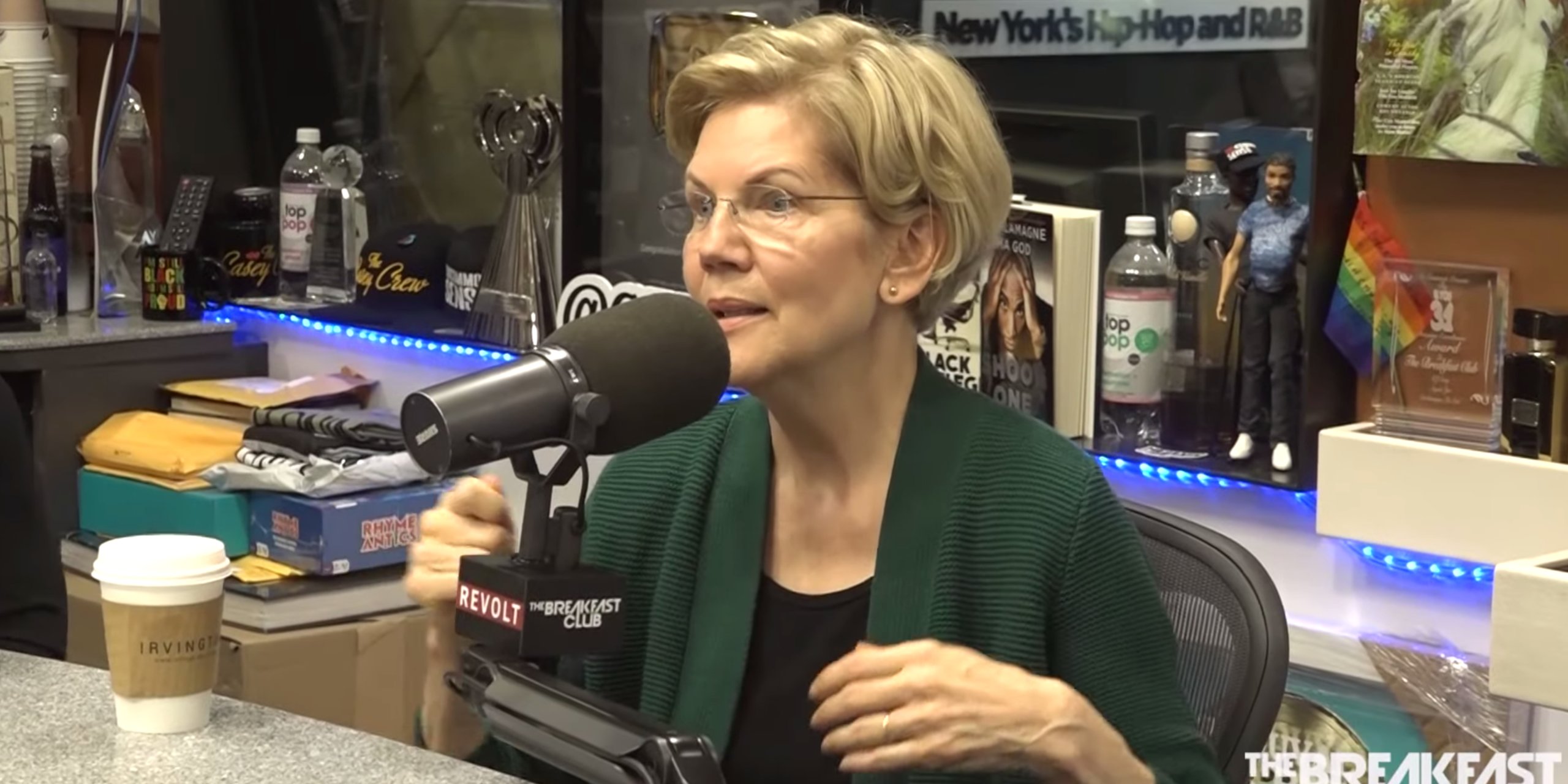 Sen. Elizabeth Warren of Massachusetts, a 2020 Democratic presidential candidate, was grilled by the hosts of the radio program "The Breakfast Club" on Friday morning over her self-identification as Native American.

The cohost Charlamagne tha God, who is black, repeatedly questioned Warren over her longtime claim of Native American ancestry and suggested that Warren had sang about her identity for personal or professional gain.

At one point in the interview, he compared Warren to the form NAACP Spokane chapter president whose false claim that she was black earned her international infamy.

"You're just like the original Rachel Dolezal, a little bit," he said during the interview. "Rachel Dolezal was a white woman pretending to be black."

The interview revives an issue that has dogged Warren's presidential campaign, and one that President Donald Trump has repeatedly seized on to mock and undermine the senator.

Warren made the same defense Friday morning that she was repeatedly made over the past several months.

"I grew up in Oklahoma. I learned about my family the same way people know about their family, from my momma and my daddy and my aunts and my uncles, and it's what I believed," she said. "But I'm not a person of color. I'm not a citizen of a tribe, and I shouldn't have done it."

And she added that her self-identification never gave her a professional advantage.

Last October, Warren released the findings of a DNA test that reported "strongly support" her claim of Native American ancestry. But Warren later apologized to Native American leaders, some of whom insist that DNA does not determine and individual's claim to a Native American identity.

"I can't go back," she said. "But I am sorry for further confusion on tribal sovereignty and tribal citizenship and harm that resulted."