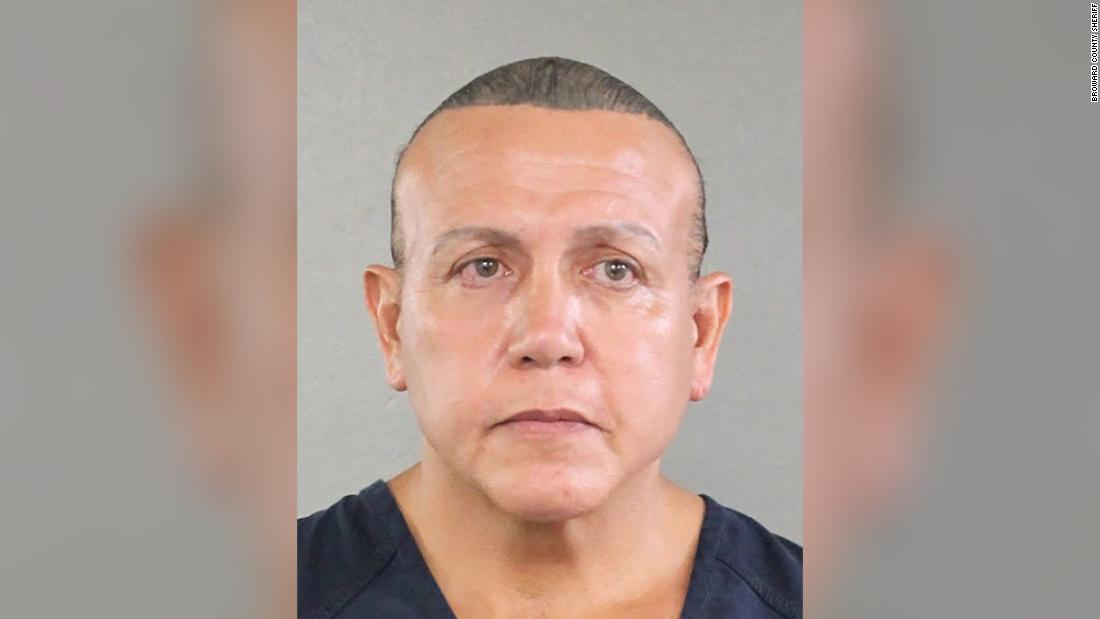 Cesar Sayoc, 57, admitted in court to having sent 16 explosive units to a number of officials – primarily Democrats, including former presidents, Barack Obama and Bill Clinton and Sens. Cory Booker and Kamala Harris; and large democratic donors, including George Soros and Tom Steyer – and to CNN's offices in October 2018.

None of the units were blasted and no one was harmed. After a four-day national hunt, FBI agents found arrest of Sayoc in Plantation, Florida.

In addition to 16 counts on the use of weapons of mass destruction, Sayoc pleads guilty of interstate transport of explosives, illegal expeditions with explosives for the purpose of killing or damaging and transporting explosives during a crime, including crimes.

"I sent all 16 units to threaten or scare," Sayoc said in court.

Initially, Sayoc stated in the court that even though he packed the appliances with fertilizers and powders from fireworks, he intended only to look like tube bombs, not to detonate.

However, at the charge of the prosecutors, US judges Jed Rakoff pushed him over whether he intended to cause physical injury.

"Do you intend to actually explode?" said the judge.

"What would, for example, prevent powder from fireworks from exploding?" the judge asked.

After a while, Sayoc said, "Sir, I was aware of the risk that it would explode."

Sayoc was originally accused of 30 federal charges in November, including several weapons of mass destruction, interstate transport of explosives, and the use and carrying of a destructive unit to promote a violent crime.

They count a minimum penalty for life imprisonment. Sayoc had pleaded guilty to these charges. He was expected to go to trial in July.

Sayoc, from Aventura, Florida, is a bodybuilder who worked as a dancer for several years and most recently as a pizza supplier.

He apparently lived in a white van plastered with stickers and posters that praised President Donald Trump and criticized Democrats and media figures, including some of the people who were targeting the bombs.

CNN's Dakin Andone and Melanie Schuman contributed to this report.