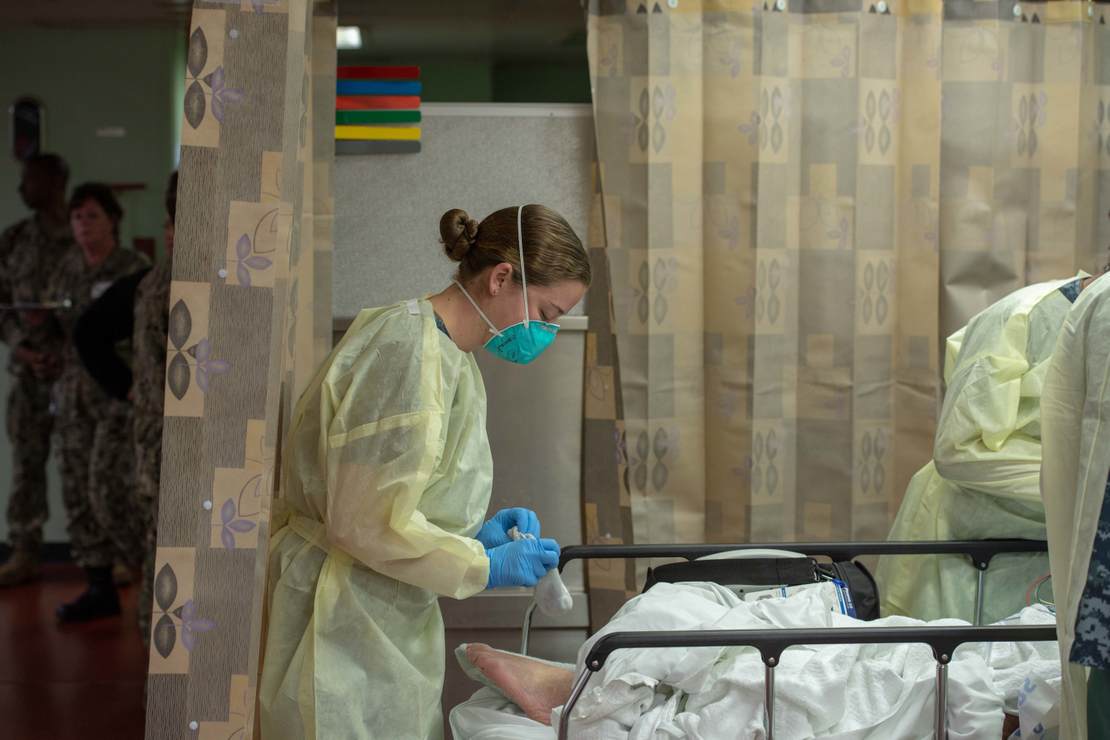 Scary and mystifying. Scary, of course, because the pandemic and the consequent school locks have done the children enormous psychological damage. Mystifying because I can not figure out why the difference between the sexes would be as dramatic as it is.

Why would months of isolation make girls despair to the point where they self-harmed themselves much higher than boys?

Is there an obvious explanation, or will we be forced to resort to a half-baked gender stereotype such as “girls are more sensitive” or “girls socialize more”?

Maybe it’s a stereotype for a reason.

The new study, based on data from the National Syndrome Monitoring Program, showed that young girls aged 1

2 to 17 visited emergency rooms on suspicion of suicide attempts 50.6 percent more often in the winter of 2021 than the corresponding period in 2019.

The frequency of suspected suicide attempts among young boys and adults of both sexes aged 18 to 25 remained stablecompared to the corresponding period in 2019.

“The results of this study suggest more severe distress among young women than has been identified in previous pandemic reports, reinforcing the need for increased awareness and prevention for this population,” the report said.

So it was not just young boys who were more likely to attempt suicide and end up requiring ER care than they were pre-pandemic, even the second oldest group of women – young women aged 18-25 – were not more likely. The only cohort of young Americans who saw a massive increase were middle and high school girls.

My first thought in treatment was that perhaps in normal times, teenagers are much more likely to attempt suicide than teenagers. In that case, the months of isolation during the pandemic may have forced some girls to crack, which otherwise would have been okay, leading their sex to suicide attempts up against the boys. Two problems, though. One: If boys are more likely to attempt suicide in normal times, would we not expect to see an increase in their speed during the pandemic as well?

Two: It’s actually not true that boys more often ended up in the ER for suicide attempts before COVID. The opposite is true.

The top graph is girls, the bottom graph is boys. As you can see, teenage girls landed in the ER for reasons related to suicide at a rate that was two to three times higher than boys were in early 2019. Which on the one hand helps explain the huge increase between last year and this one: Girls are perhaps more likely to attempt suicide than boys for whatever reason and therefore had a more severe reaction to isolation. But it still does not correspond to the stable rate among boys. Although boys are less likely to land in the ER from suicide attempts, why did they not attempt suicide more often last year?

Could it be that boys’ daily routines were not disturbed as much as those of girls under quarantine because they involved more solo activity? Eg. If we assume that boys are more likely to play video games in their spare time than girls are, boys’ lives may not change that much from COVID. They still played online with friends and made social contact that way.

A Twitter friend suggested that there might be fewer boys who landed in the ER for suicide in the past year because there were more accidental overdoses of drugs in the same period. That is, if it is true that boys are more likely to abuse drugs than girls are (is it?), Maybe some boys ended up who were depressed enough to take lots of drugs and who * wanted * suicide attempts to late in the ER for overdoses instead – or, worse, end up dead before they could kill themselves. In other words, just because there were fewer boys needing hospital treatment for suicide attempts does not mean that there were fewer boys resorting to desperate actions in the midst of the pandemic.

But there is also a problem with that theory. If there are gender differences in overdoses, why was the number of ER visits for suicide attempts stable among men and women aged 18-25? We were supposed to see the same kind of gender division there, no?

I wonder if the answer here lies in the fact that we are not talking about suicide attempts among teenagers in general, but rather suicide attempts that ended with a trip to the ER. Could it be that boys use more lethal drugs for suicide attempts (cannons, let’s say), while girls use less lethal drugs (pills)? If so, an equal amount of attempted suicide between the two sexes would not mean an equal amount of ER visits. Many boys would end up dead on the spot and not be taken to the hospital, while many girls would still have a chance of surviving the intentional overdose if they rushed to the ER and were treated quickly. Does that explain the difference? If so, how does that explain why the number of girls increased this year but the boys did not? Did boys reliably just use lethal measures in their suicide attempts?