Cause of death released for Saudi sisters found in Hudson River 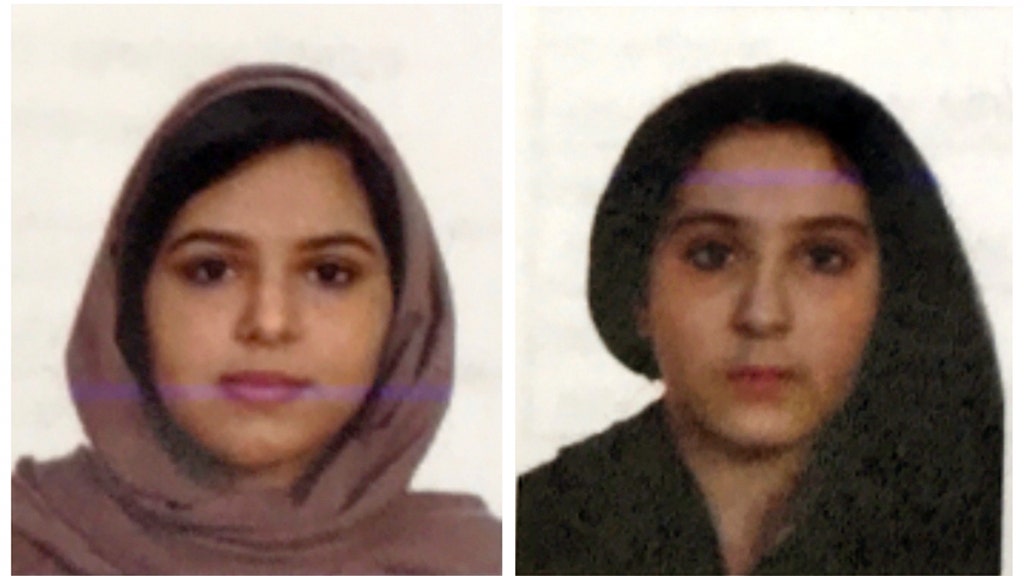 The deaths of Tala Farea, 1

6, and Rotana Farea, 22, who were found dead in the Hudson River in October, were ruled by the New York City medical examiner's office.
(NYPD)

Tala Farea, 16, and Rotana Farea, 22, "bound together before descending into the Hudson River," Barbara Sampson said in a statement.

FLASHBACK: SAUDI SISTERS WHOSE BODIES FOUND DUCT-TAPED TOGETHER IN NYC LIKELY NOT VICTIMS OR A CRIME, POLICE SAY

The sisters were discovered on Oct. 24 floating in the river near Manhattan's Upper West Side. Their bodies, fully clothed, bound by tape and facing each other with no obvious signs of trauma, were on rocks near the water, leading authorities to believe they washed ashore.

It was later discovered the women had run away from their home in Fairfax, Virginia, before being placed in a shelter amid allegations they were abused at home. They traveled to New York City and stayed in high-end hotels, eventually maxing out the older sister's credit card.

People who knew the sisters in Virginia were investigators that made statements within the last year indicating that they would rather inflict harm to themselves – commit suicide – soar to Saudi Arabia, "New York City Chief of Detectives Dermot Shea said in the fall.

The sisters moved to the US from Saudi Arabia with their mother and two brothers in 2015. Investigators say they believe the Farea sisters filed for asylum.

Their bodies were returned to Saudi Arabia on Nov. 3, and they were buried the same day in Medina.