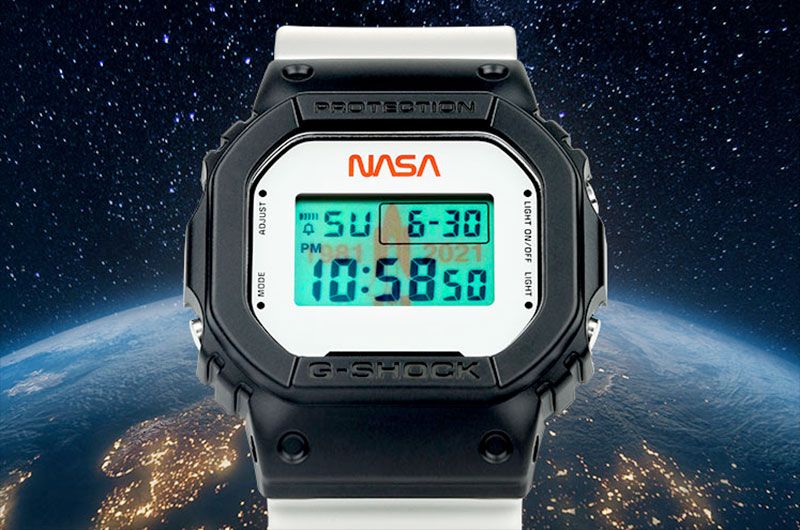 Casio is ready to launch a limited edition timer to commemorate the 40th anniversary of NASA’s first space launch.

G-Shock DW5600NASA21-1 has a black and white design inspired by the aesthetics of the Columbia space shuttle, which embarked on the STS-1 mission on April 12, 1981.

“The DW5600 memorial honors decades of space exploration and is designed for watch collectors and space enthusiasts to commemorate the 40th anniversary of the first launch of the space shuttle,”

The STS-1 mission was flown by NASA astronauts John Young and Bob Crippen and has been called “the boldest test flight in history.” The first space shuttle flight showed that a reusable spacecraft could launch like a rocket and return to Earth like a winged glider. It was the first of 135 missions to the 30-year program, which ended in 2011.

The G-Shock digital watch features a white dial with a red NASA “worm” logo and a stainless steel case left with an engraved silhouette of the space shuttle. The matching black and white watch straps are inscribed “STS-1” and “USA” and have the American flag printed on the ribbon loop, evoking the markings on the space shuttle.

The display also has a backlit graphic showing the shuttle silhouette and the years “1981 – 2021” when lit.

The DW5600NASA21-1 comes packaged in a box styled according to Columbia’s display screens, complete with STS-1 mission statistics and a can illustrating the plane’s two-day orbit around the Earth.

More than just a memorial, the square Casio G-Shock DW5600 (in both “C” and “E” variants) was among the models and brands of wristwatches that NASA approved for its astronauts to use in the space shuttle. The in-flight G-Shock watches were typically black and gray in color, but shared the same general form factor and modes as the new STS-1 40th Anniversary Limited Edition.