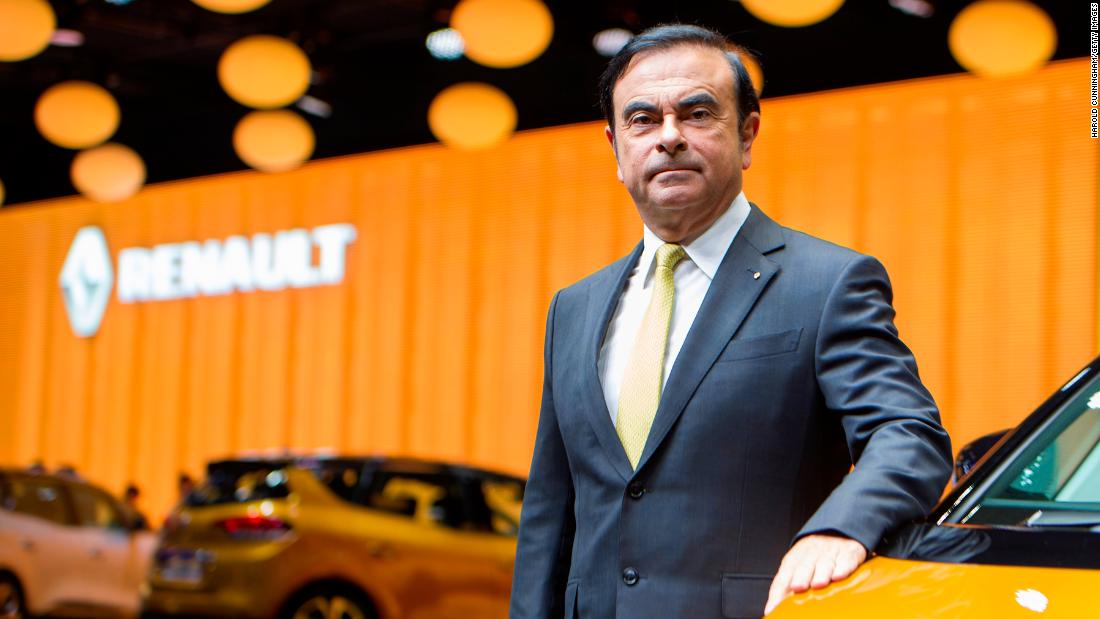 The legendary auto executive, who has been locked in a Tokyo jail for nearly two months on charges of financial misconduct while chairman of Nissan, has lost the backing of Renault's biggest shareholder, the French state.

"We want a meeting of the Renault executive board in the next few days," Le Maire said. "We're asking for new long-term leadership," he added.

The French government owns 15% of Renault (RNSDF). It had previously backed the company's decision to allow Ghosn to keep his positions while awaiting trial, which his lawyers believe could be six months to a year away.
Reuters reported earlier on Wednesday that the French government had asked Renault to convene a board meeting on Sunday to start the process of appointing one or more successors to Ghosn.

Ghosn, 64, was released on Friday for a second time since his arrest on November 1

9. He has been charged by Japanese prosecutors with temporarily transferring personal investment losses to Nissan, and underlying his income by millions of dollars between 2010 and 2018
He has denied the charges and in a court hearing last week said he had been unfairly detained on "meritless and unsubstantiated accusations." His application for bail has been rejected, and he has combined maximum sentence of 15 years in prison if found guilty.
Ghosn's spectacular downfall has shaken the international auto industry and strained the world leading alliance he built between Nissan (NSANY), Renault and Mitsubishi Motors (MMTOF)

The alliance was founded in 1999 and now produces one out of every nine cars sold worldwide, employing 450,000 people. Ghosn's arrest and subsequent indictment have inflamed tensions within the group. Nissan and Mitsubishi both removed him as chairman, while Renault stood by him.

With its leader in a protracted legal battle, the biggest risk to the alliance is a lack of coordinated investment at a time of rapid change for the global auto industry.

"Deepening of the alliance can take place, which is really unfortunate," said Demian Flowers, an autos analyst at Commerzbank, last week. "You need to make bold investments in order to survive in the current context."

Le Maire said it was important to think of the hundreds of thousands of workers who need long-term leadership. There would be several candidates, he added.

Nissan and Greg Kelly, a former director at the firm who was arrested along with Ghosn but has since been released on bail, have also been indicted on allegations of financial misconduct. Kelly denies any wrongdoing.

Daniel Shane and Charles Riley contributed to this article.