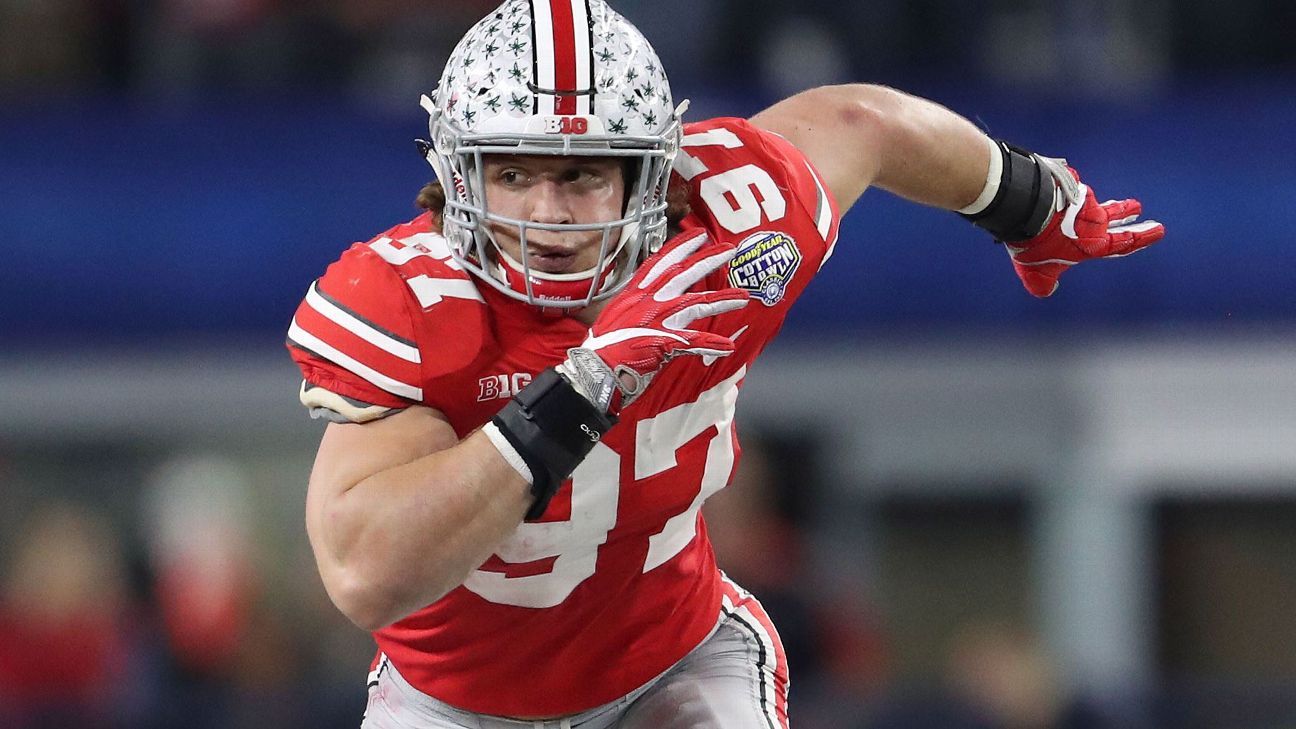 After months of chatting linking to the Cardinals to Oklahoma quarterback Kyler Murray, Friday's dinner showed Arizona has yet to make a decision on their draft choice.

The Cardinals hold the No. 1 in the draft, and Bosa is the No. 1 overall rated prospect in ESPN's Mel Kiper's latest rankings.

The Cardinals also have with Murray, another favorite to be selected with the top pick. New Arizona coach Kliff Kingsbury and general manager Steve Keim with last week's Heisman Trophy winner in Oklahoma.

Both Kingsbury and Murray are represented by the same agent. However, Cardinals linebackers coach Bill Davis coached the same role at Ohio State.

A franchising decision awaits Arizona. Josh Rosen, who took with their first-round pick (No. 1

0) in last year's draft. He appeared in 14 games (13 starts) during his rookie season, completing 55.2 percent of his passes and throwing for 2,278 yards with 11 touchdowns and 14 interceptions for a Cardinals team that won just three games.

Asked last month at the NFL scouting combine in Indianapolis whether Rosen is the Cardinals' quarterback, Keim said, "Is Josh Rosen our quarterback? Yeah, he is, right now, for sure."

Some teams made overtures into Rosen's availability at the combine, Schefter reported ,

Kiper rates Murray as the No. 6 overall pick the draft, but his latest Mock Draft has the Cardinals taking him.

Bosa, Kiper says, is the best fit in a class full of good ones. He is advanced for his age in his technique; that may be thanks to his brother, Los Angeles Chargers defensive than Joey Bosa, and dad, John, both forms first-round picks.

The Cardinals switched back to a 3-4 defense this year under new defensive coordinator Vance Joseph.

"4-3 college ends, they grow to be outside backers, "Joseph said.