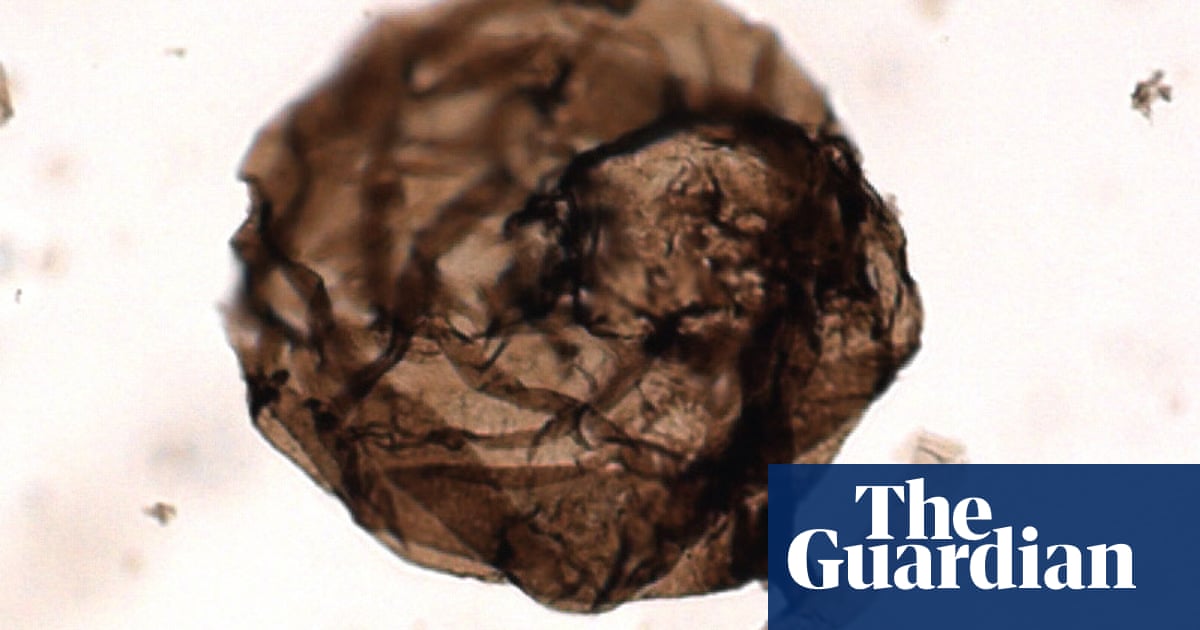 Tiny fossils found in mudrock in the barren wilderness of the Canadian Arctic are the remains of the oldest known fungus on Earth, scientists say [Theminusculeorganismswerediscoveredinshallowwatershaleachildoffine-grainedsedimentaryrockinaregionsouthofvictoriaislandontheedgeofthearcticocean

Tests on the shale, which accumulated over millions of years in a river or lake, revealed that it formed between 900m and 1

bn years ago in what is now the Northwest Territories

The age of the rock makes the fungus half a billion years older than the previous record holder, a 450m-year-old fungus that was unearthed in Wisconsin.

describe how a battery of chemical and structural analyzes identified the ancient organism as Ourasphaira giraldae . Spores of the fungus are less than a tenth of a millimeter long and connect to one another by slender, branching filaments.

With the fossils under the microscope, scientists could clearly make out the key features of the fungus including its spherical spores, the Branches that connect to the spores, and their twin-layered cell walls.

The organisms are so well-preserved that they still carry traces of chitin, and organic compound used to make fungal cell walls. The fungus was effectively trapped in solidified mud which prevented oxygen from seeping in and decomposing the fungi. "The preservation is so good that we have the organic compounds," said Corentin Loron, first author of the study at the University of Liège in Belgium.