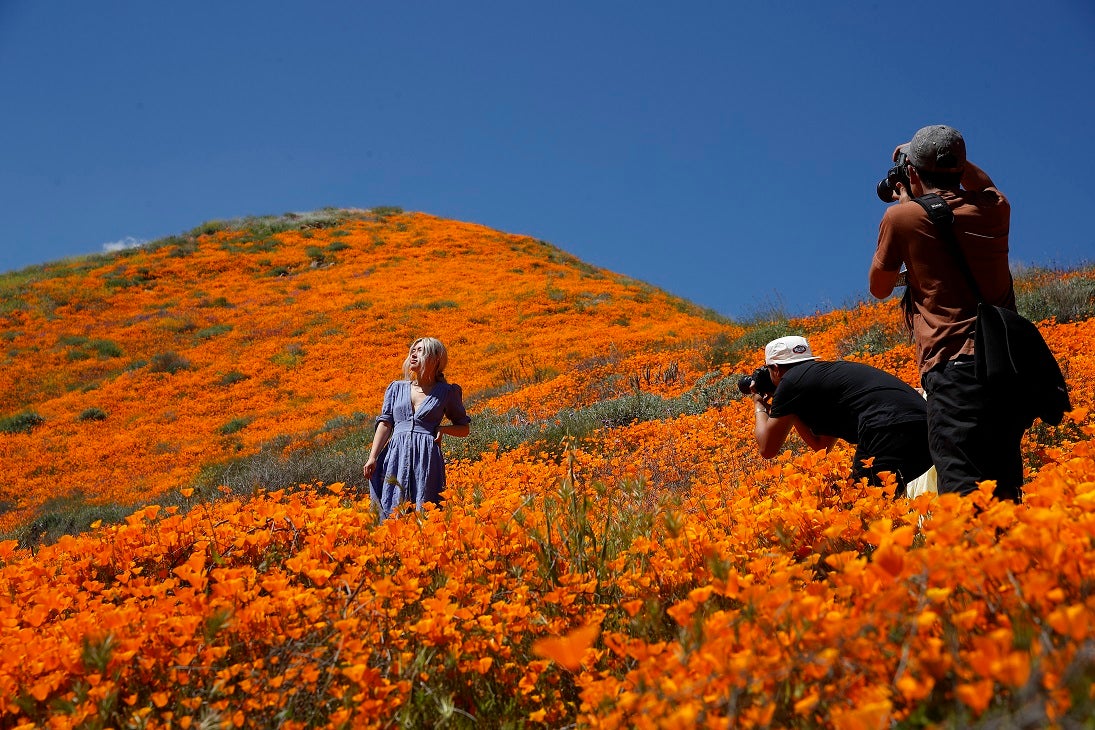 California's famous poppy fields attracted some chaos from the skies this week, officials said, as two visitors landed their helicopter in the middle of a strange super bloom.

helicopter flying over the reserve on Monday landed on the east side of it – a direct violation of state regulations.

The unidentified pilot and his passenger exited the aircraft, but after a park ranger attempted to contact them, they climbed back

of Parks and Recreation.

"We never thought it would be explicitly necessary to state that it is illegal to land a helicopter in the middle of the fields and start hiking off-trail. in the Antelope Valley Poppy Reserve, "an official said on Facebook, according to The Los Angeles Times.

1; a rare sight that occurs about once a decade

Just last week, officials were forced to close to Walker Canyon after the crowd of people became too overwhelming, posing a potential threat to the flowers.

The Antelope Valley California Poppy Reserve posted tips for tourists on social media to help preserve the flowers. also handing out tickets to people who trampled the flowers after illegally entering the park.