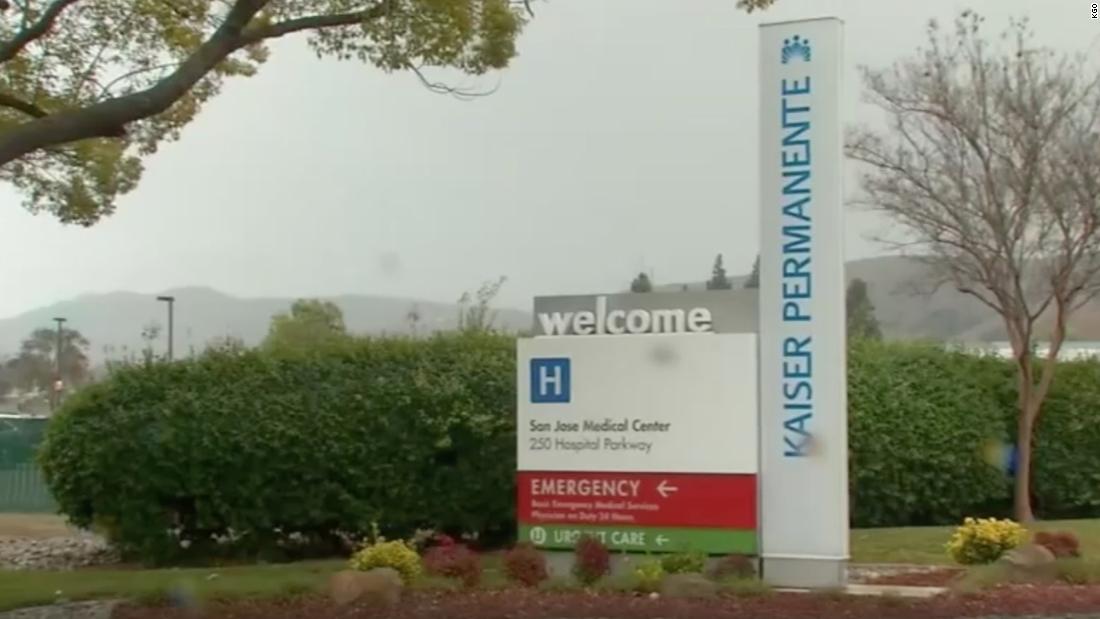 Santa Clara County said it issued an infringement notice to Kaiser Permanente San Jose Medical Center on January 5 “as a result of Kaiser’s failure to timely report 43 cases involving staff who tested positive between December 27, 2020 and January 1. 2021. ” This number has since grown, according to CNN-affiliated KGO.

As of Monday, a total of 92 cases of the virus have been linked to this outbreak, according to health authorities. This includes 77 staff and 15 patients.

“Kaiser is responsible for complying with all applicable public health orders and occupational safety regulations, including timely reporting of cases and all necessary follow-ups,”

; the county said in an email to CNN.

The original cause of the outbreak is still being investigated by the public health department, officials said.

In a statement to the KGO, Irene Chavez, senior vice president and area manager with Kaiser Permanente San Jose, said the outbreak was “perhaps” linked to an employee briefly wearing an “air-powered costume” in the emergency department for Christmas.

“Any exposure, if it occurred, would have been completely innocent and quite unintentional,” Chavez said. “Since the individual had no COVID symptoms and only sought to lift the mood of those around them during a very stressful time.”

Air-powered costumes will no longer be allowed at the facility, Chavez added.

A public health order issued on October 5, 2020, requires the hospital to report any confirmed positive Covid-19 cases of staff who were in the workplace to the public health department within four hours.

“Kaiser Permanente failed to report any of these cases in the county’s workplace case and contact reporting portal, as required by the public health order issued on October 5,” the county said in its statement. “Kaiser also submitted a social distancing protocol to the county on Oct. 19, confirming that it would comply with all reporting requirements.”

The county said it did not learn about the positive cases until they were confirmed in a press release released by Kaiser Permanente on January 3.

In a statement to CNN, Kaiser Permanente spokeswoman Hilary Costa said its communication with state and local agencies on Covid-19 cases at its facilities has been consistent.

“The suggestion that we are anything other than providing our reporting is inaccurate,” Costa said in the statement.

The hospital is reviewing the quote from Santa Clara County and plans to respond within the county deadline of Jan. 15, according to Costa.

The health department is still investigating the cause of the outbreak. It was determined that outbreaks were not the new variant of COVID-19 first identified in the UK.

CNN’s Kay Jones and Jessica Flynn contributed to this report.

“I have no sense of resect” – Deadline