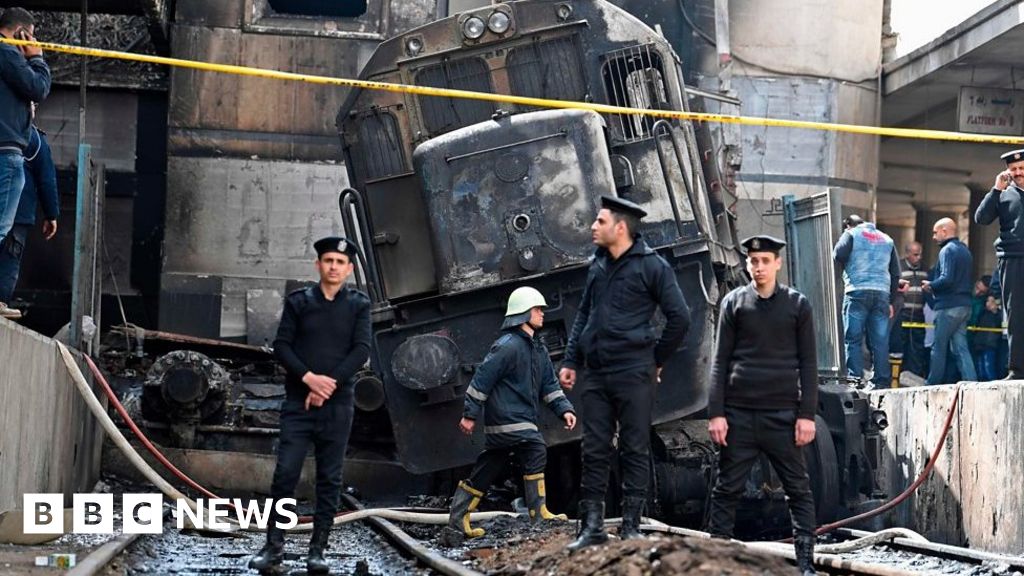 At least 25 people were killed and dozens more injured when a train collided with a buffer stop and burst into flames next to a busy platform.

Visiting the scene, Prime Minister Mostafa Madbouli promised that the disaster would be thoroughly investigated and that anyone found to be negligent would be punished.