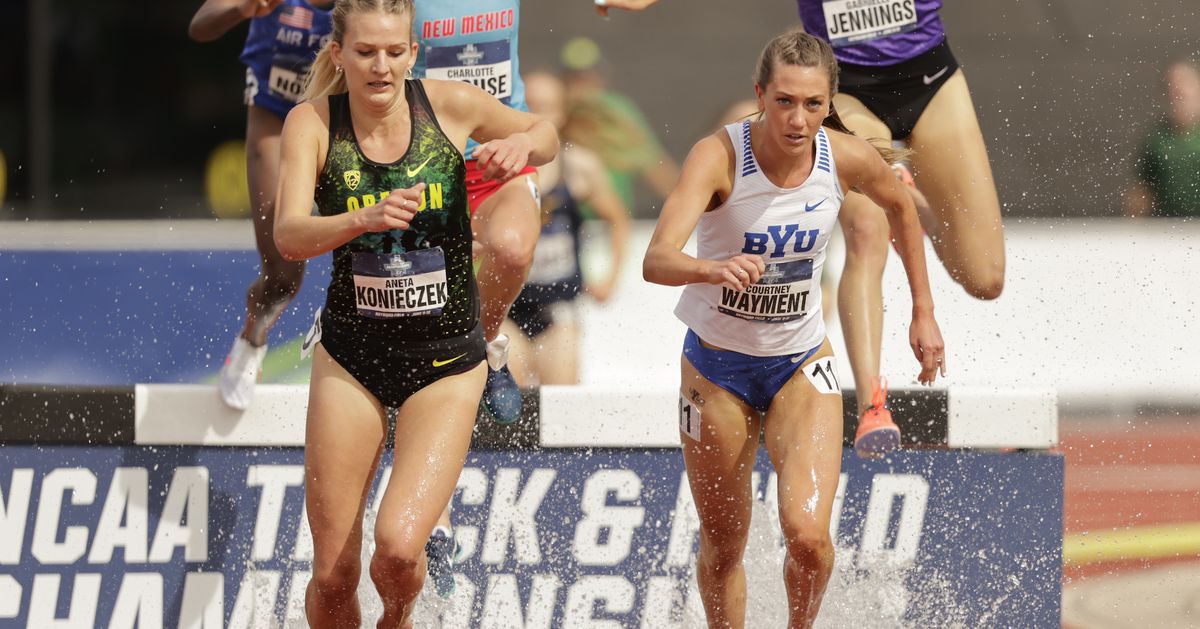 On Day 1 of the women’s NCAA courts and field championships Thursday in Eugene, Oregon, there were two big surprises for BYU – one of them good, one of them bad.

The bad news came in the second heat, which became a slow, tactical affair, making it harder for these runners to advance to the finals based on time. Orton is usually aggressive, even at times to a fault, but on this day she was happy to run in the pack instead of pushing the pace as she usually does. The race came down to a hectic, late sprint, and Orton finished sixth with a time of 4: 1

4.99, the 17th fastest time of the day and some six seconds slower than her best season.

Orton, one of the finest runners who has ever ridden to BYU, will compete in the final of the 5,000-meter race on Saturday night. She easily has the fastest time in the nation at that distance.

No one was surprised when BYU’s Courtney Wayment, NCAA indoor 3,000-meter champion, produced the fastest time in the semifinals in the 3,000-meter climb. She finished with a time of 9: 32.52 – only she has driven faster this season. Wayment was about two seconds faster than her closest rival.

Weber State’s Summer Allen also produced a tremendous performance to advance to the finals in the jumping route. Her time of 9: 37.47 broke her own personal record by 10 seconds and broke a 14-year-old school record set by Olympian Lindsey Anderson in 2007 by 2 ½ seconds. Allen placed third in his heat and had the sixth fastest time of the day.

The meeting, which reflects the men’s schedule the previous day, consisted of semi-final heats for all but one race. Utah’s Poppy Tank, senior from England, finished ninth in the 10,000-meter final with a time of 32: 50.57, breaking his own school record by two seconds. Tank will also compete in the 5,000 meter final on Saturday. Weber State Lexie Thompson, senior of American Fork, finished 13th in 33.06.95.

In other news, BYU’s Kate Hunter finished 10th in the 1,500 semifinals and failed to advance despite running a season-high 4: 13.45.

Sara Musselman failed to advance to the final in running and finished ninth in 9: 55.61.

Kate Sorensen, a junior from Weber State, was unable to qualify for the finals in the 400-meter hurdles and had 59.42, which was about two seconds away from her time at the West Region meeting.

The BYU 4×400 relay team from Meghan Hunter, Lauren and Alena Ellsworth and Seymour finished a non-qualifying 15th out of 24 teams with a time of 3: 37.05.