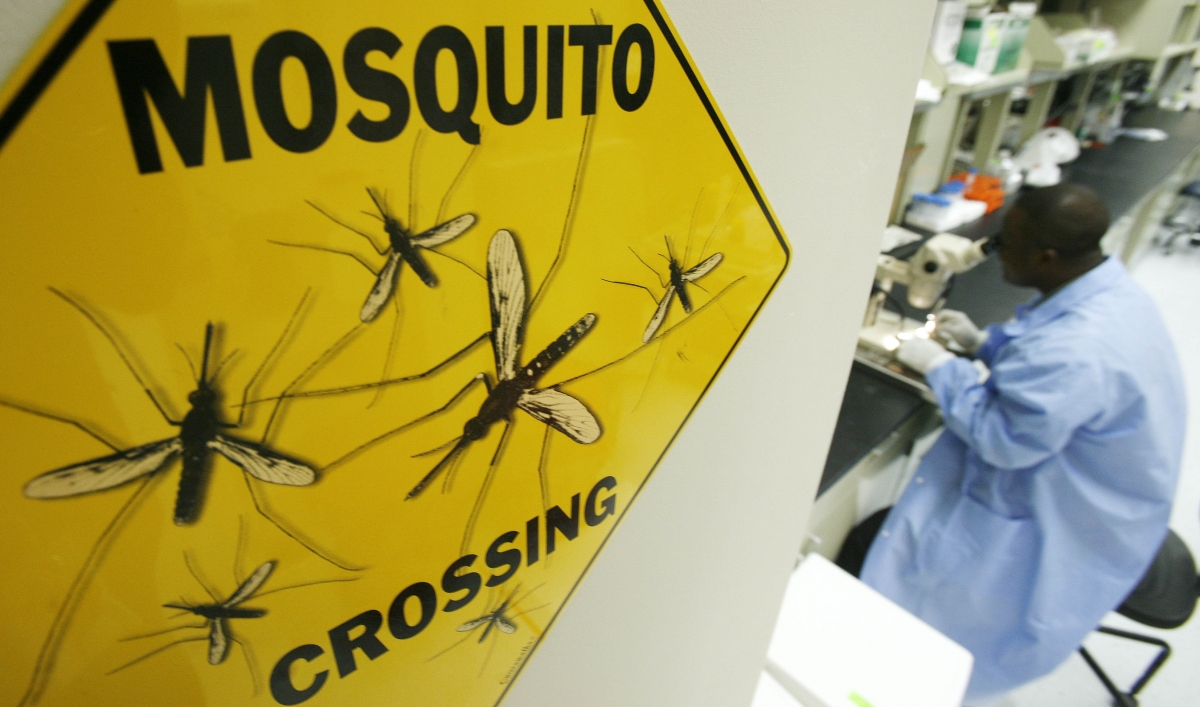 the wild. Their purpose? To fight malaria.

It is the first time that genetically modified mosquitoes have ever been loose in Africa.

Dr. Abdoulaye Diabaté with the nonprofit Target Malaria is leading the project. Diabaté says the idea behind what they are doing is to make genetically engineered mosquitoes that could then spread the special malaria-carrying population ̵

1; a gene that could squash their ability to reproduce – and doing so could potentially wipe out species that area

This type of "gene drive" has never been tried outside of a lab, anywhere. The release of these mosquitoes was a preliminary test. They were all sterile males that can't match their genes in the wild.

The hope is that this technology can eventually replace bed nets, repellents and insecticides. Still, the experiment has drawn some criticism from environmentalists concerned that the one species of mosquito could disrupt the entire ecosystem in unforeseeable ways.

Diabaté says it took years to get to this point. The World's Marco Werman spoke to him about what's next.

Diabaté: The work that we started here, we've started since 2012. … Today we did the release, so that means seven years. So we really take our time to work through to it, a very good characterization of all the different sites but also making sure that we have time to discuss with all the community to make sure that they have a good understanding of the work that we are doing. And when we said community it's not just about the field site where we are working. Community, for us, is the global population of Burkina Faso.

Marco Werman: What does 10,000 mosquitoes get released all that once actually look like? Is it dramatic like a big black cloud or is it really not that impressive to see?

Ten thousand mosquitoes compared to the total .. population size of mosquitoes in the field is pretty much nothing at all. But for us, it was really, really important because we wanted to collect consistently and robust scientific data on mosquitoes' behavior in the flight pattern and flight dispersal, the longevity. All these specific scientific data will inform the next step of the work that we are doing. And a second objective for us was to make sure that with this release, it gives us time to interact with the community so that they are absolutely aware of the work that we are doing if there is any concern – so that we can bring these concerns [and] we can factor into the development process.

What are the potential risks of wiping out a species – even a species or malaria-carrying mosquitoes? have about 3,500 species of mosquitoes across the world. And for the region of Africa, we have 850 species. So Target Malaria is just targeting only one species, which is a major malaria victory in Africa and mostly Burkina Faso. So if targeting only one species can help save millions of lives, I think it's really important and worth doing it.

Let's say all goes well with this phase in the study, what happens next?

We did the release on Monday. So we have the monitoring of these mosquitoes up to one year just to see how they benefit. But the next step is that, as soon as we have done this, we will have to submit the application to the National Regulatory Agency for a second construct. Once we have enough data from there and then we feel confident, then we can transform that. And then insert the geographic component into it. And this is going to be the final product that we will use at some point in the field.

How many years down the road do you think that's going to be?

If it was just based on the technical science Part it will be really fast, maybe in two or three years. But you have to understand, because this is a new technology, there are several components in it. Safety is really paramount to us. And then to make really sure that before you get to the final product, you have a social license from the community where you are operating to accept the product that you are bringing. And this is the work that we are doing. And this is going to take a little bit of time and so we feel that it may take us maybe something like six or seven years down the line to get the final product and bring it to the field.

You're from Burkina Faso. How did you get interested in mosquitoes in the first place?

I don't really know anyone in Burkina Faso who was born here and raised here and who has not been through malaria. I experienced malaria several times when I was a kid, all my brothers and sister. And I am also talking to you today as a parent, so all my kids also went through a malaria episode. And this is something very difficult to sustain, not only psychologically, but also you spend a lot of money. And Africa has been suffering from malaria for several decades. At the beginning of the bed net – to see that we were having a very good impact – we were very excited. But at some point, we realized that because of insecticide … we were kind of having a plateau in the efficiency, and I feel that it is important for us to move to something else that can help us. I feel like … if there is really a way for us to better study the mosquitoes that are transmitting the disease and then come up with tools that can help to fight and reduce the burden on Africa – this is really the right thing for us

This interview has been lightly edited and condensed.