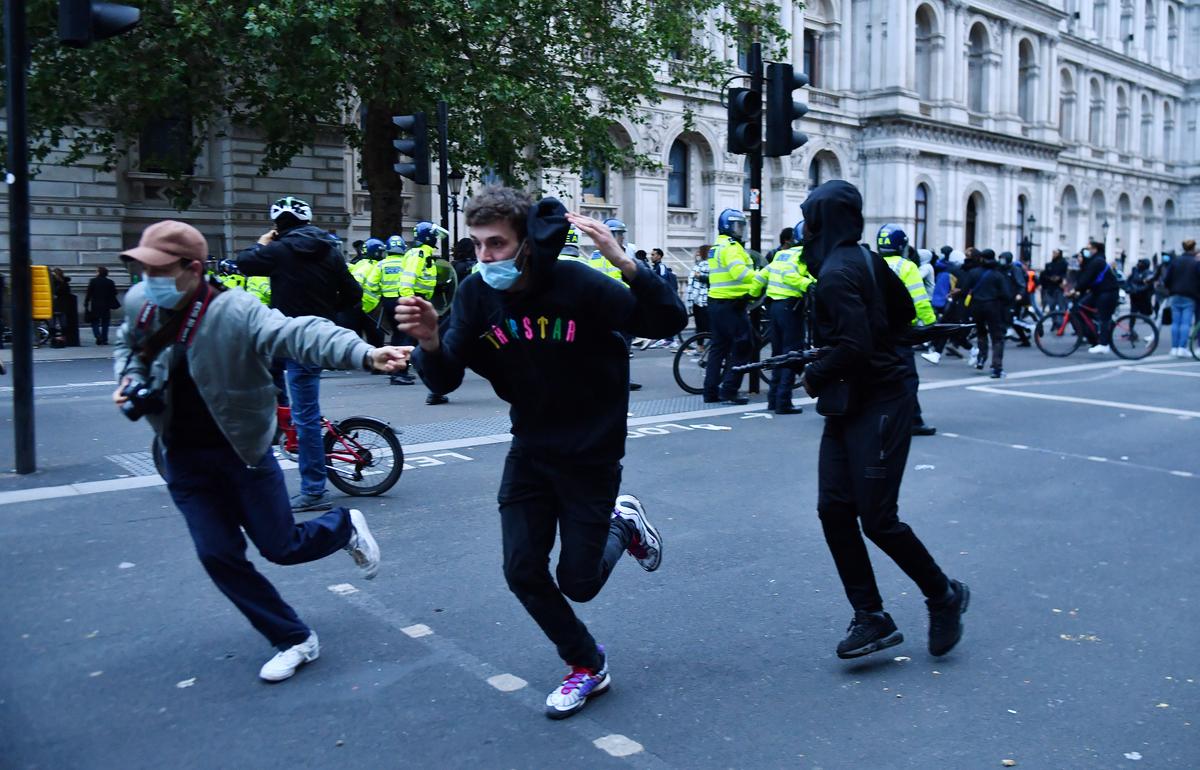 1; Protests against racism in Britain have been “undermined by thuggery,” Prime Minister Boris Johnson said Sunday, warning those responsible would be held accountable.

Tens of thousands walked out on London’s streets Sunday, gathering another day in the race to condemn police brutality following the killing of George Floyd in Minneapolis. As the number dropped, some protesters stormed with police.

It came after 14 police officers were seriously injured Saturday, when protesters clashed with mounted police near Johnson’s Downing Street residence.

“People have the right to protest peacefully and while monitoring social distance, but they have no right to attack the police,” Johnson said on Twitter.

“These demonstrations have been undermined by thuggery – and they are a betrayal of the cause they are alleged to be serving. Those in charge are held accountable. ”