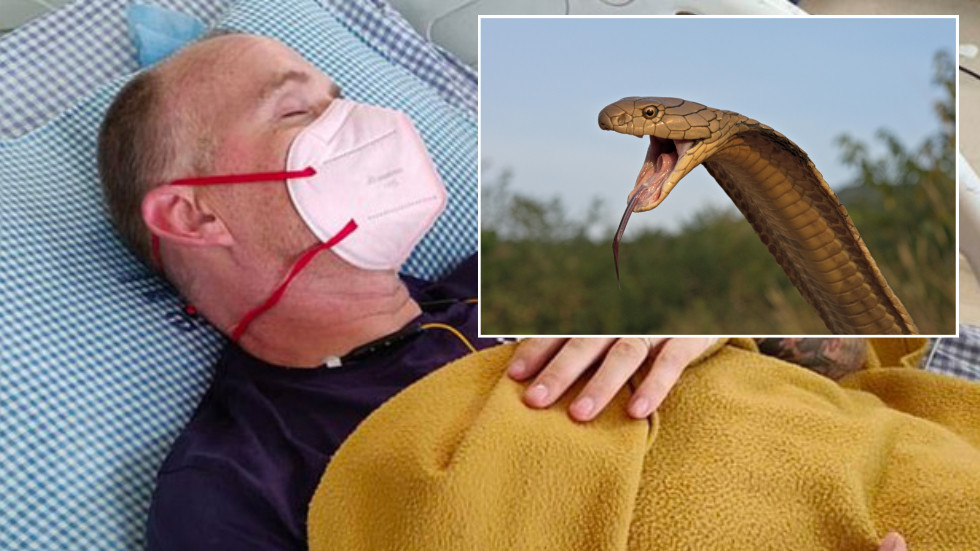 A British man who contracted malaria, dengue fever and Covid-19 while working for a charity in India is now struggling to recover from a toxic cobra bite.

After running the glove over the infectious diseases, Ian Jones was bitten by the deadly snake in a village near Jodhpur in the Rajasthan state of western India. While he is lucky to survive the bidet, he now suffers from blindness and paralysis of the legs.

The Isle of Wight man’s family says he spent nearly two weeks in intensive care but has now been left hospital due to lack of beds and a large number of coronavirus patients. Jones is “Very scared” of his condition, but his doctors are hopeful that he can get a full recovery.

“Dad is a fighter, during his time out in India he already had a bit of malaria and dengue fever before Covid-1

9,” his son, Seb Jones, said on a GoFundMe page set up to help pay his father’s medical bills and travel back to the UK.

The former health worker runs a charity that helps traditional artisans in Rajasthan import their goods to the UK to help them trade out of poverty.

When the pandemic broke out, Jones chose to stay in India to help support the community in which the charity operates. “When we heard that he, too, had suffered what is usually a fatal snake bite on top of everything he had been through, we honestly could not believe it,” added his son.

Also on rt.com
How long can a python last? 6 massive hoses rescued from abandoned pipes in India (PHOTO, VIDEO)

Alabama sets daily COVID-19 case record; 1 in 3 in the ICU have viruses