Brit arrested refugee Australia on a jet ski told people he had not returned. | Australia news 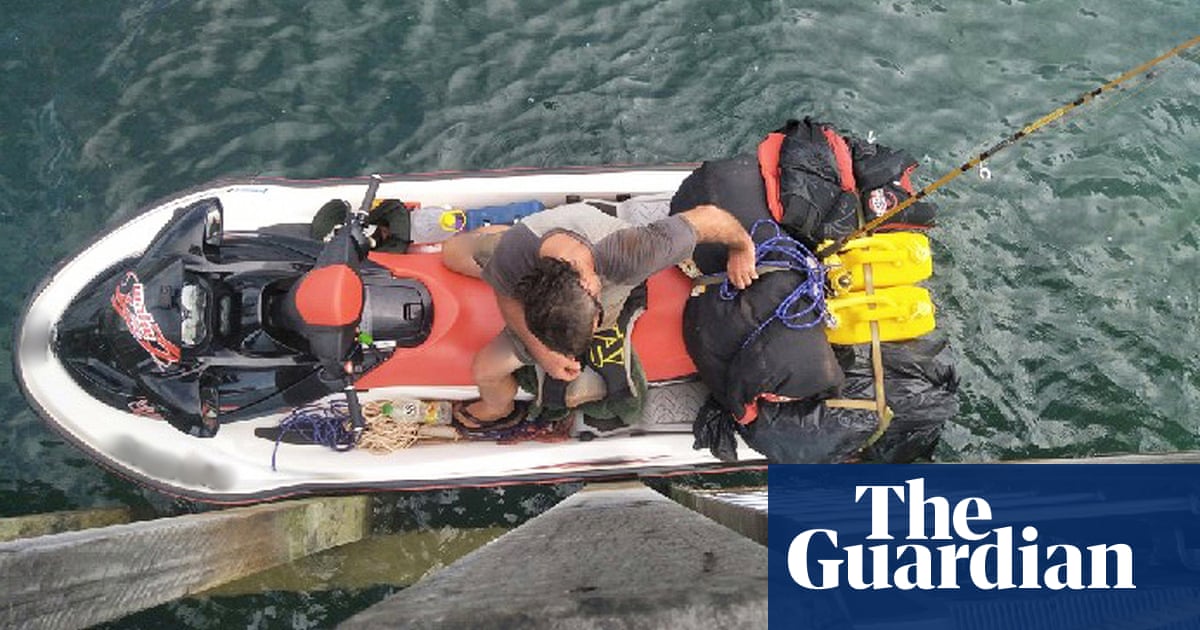 The British man who tried to flee Australia on a jet ski while armed with a ball bearing left a note of his abandoned four-wheel drive within the freedom to tell people he "did not come back".

David James Jackson, 57, was arrested by police on Monday after traveling nearly 150 km across the Torres Strait in an apparent bid to flee Australia to Papua New Guinea.

There is an excellent guarantee for his arrest of serious drug charges in Western Australia.

Jackson was reported by the locals to the Bamaga police in Cape York after they had seen him out of Punsand Bay on a jet ski loaded up with supplies, extra fuel, and what appeared to be an armbue.

According to Courier Mail, he also left a handwritten note in his abandoned Subaru Outback, who said, "If I'm not back on Wednesday, I'm not dead, but I'm not coming back."

The paper also reported that a local became suspicious when Jackson asked him about the ferry to the tip of Cape York. The man replied that it was $ 120 for a return ticket on the ferry that Jackson replied that he only needed a one-way ticket.

"I said he got a job there and he said no. Then alarm bells rang in my head," said the man to Courier Mail.

Jackson made it to Saibai Island, which is part of Australia, but only 4 km south of Papua New Guinea. He was arrested on the mudflats on the east side of the island.

"He gave it a red hot roof," said Jock O & # 39; Keeffe from the Queensland Police. O & # 39; Keeffe confirmed that the man was in possession of a bracelet throughout his journey but did not have a weapon with him at his arrest.

Police celebrated Jackson's arrest as a triumph of social inclusion and said that the locals and police support officers from Torres Strait Island (effortless community liaison officers) had played a crucial role and informed police about Jackson's suspicious behavior and movement through the islands. .

"It's a little unusual to try to get from Punsand Bay all the way to PNG. He stuck out like the proverb," ​​Keeffe said.

The Australian Border Cutter Roebuck Bay was deployed with officers from the three agencies on board.

After his arrest, the man was taken on board and transported to Thursday island. He is due to face on Friday over extradition to Western Australia. Jet skis were drawn to Saibai Island.

Border Force Commander Jo Crooks said the result should be a warning to those who thought they could escape Australia through the Torres Strait.

"Anyone who thinks they can either go in or leave Australia through the region without discovery should think again," he said.

An Australian federal police spokesman said: "This arrest sends a strong message to refugees – our reach across Australia is something else, and we will use all our contacts and relationships to find you and bring you to court. "