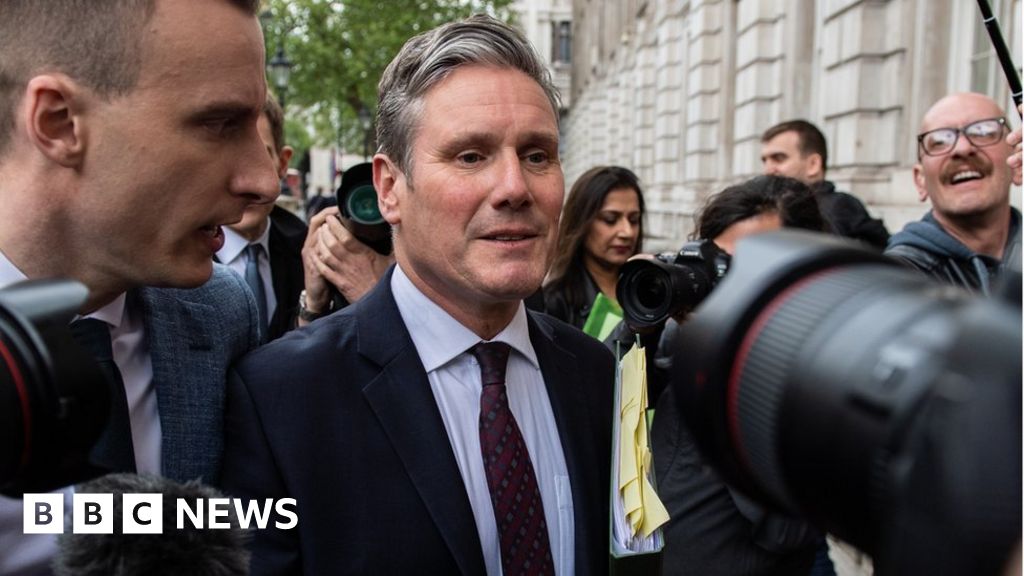 The government should add a public vote to the Brexit, which MPs will vote on next month, the shadow Brexit secretary has told the BBC.

Sir Keir Starmer said including another referendum in the Withdrawal Agreement Bill would "break the impasse ".

Talks between Labor and the government to find a compromise Brexit deal broke down on Friday without agreement.

Labor's preferred plan is for changes to the government's Brexit deal or election, but if neither is possible, it will support the option of a public vote.

There have been calls for giving the public another say on Brexit. One widely discussed option is for "confirmatory vote" with the choice between accepting whatever deal the government agrees, or remaining in the EU.

Others argue any new referendum should include the option of leaving the EU without a deal.

Speaking to BBC Radio 4's Today program, Sir Keir suggested the government should seek "further changes to the political declaration", which sets out the UK's future relationship with the EU after Brexit.

He added: "Or of course they could seek to break the deadlock by putting a confirmatory vote on the face of a bill.

" But whatever happens they have to find a way of breaking the deadlock. We've got five and a half months which seems like quite a long time in reality, once we get to the summer recess, we've only got two weeks in September and two weeks in October. "
EPA

Brexit had been due to take place on March 29 – but after MPs voted down the deal Mrs May had negotiated with the block three times, the EU gave the UK an extension until October 31.

This will be the second reading vote on the bill, which is the key piece of legislation Brexit deal that covers exit terms – and take the UK out of the EU.

The second reading is the first opportunity for MPs to debate the bill. If it is not passed by Parliament, the default position is that the UK will leave the EU on 31 October without a deal.

Your guide to Brexit jargon

Sir Keir said Labor voted against the Withdrawal Agreement Bill, accusing the government of attempting "an experiment" and bringing the UK to "a cliff edge".

"If that bill goes through second reading and then collapses at third reading we are up against the cliff edge in October, which is why we've voted against that at second reading if there isn't agreed deal before we start, "he said.

He did not want Brexit more likely to make a deal. "I don't accept that. What we can do is buy another week, which is what the prime minister has been doing for months."

Sir Keir blamed the collapse of talks with the government on the inability to "future proof" a deal against and "incoming Tory leader" and said although the two sides had conducted the talks "in good faith", they were " a long way apart "on substance.

He said: "During the talks, almost literally as we were sitting in the room talking, cabinet members and when the Tory leaders were torpedoing the talks with remarks about not being willing to accept the customs union." The team we were negotiating with, I'm not blaming them.

"Circling around which were in the room trying to negotiate others who didn't want to negotiate because they had their eye on what was coming next." [May192009] Mrs May has previously blamed the collapse on the Lack of a "common position" within Labor.

It comes as a poll of Conservative members for The Times Suggest Forms Foreign Secretary Boris Johnson is the favorite to succeed Mrs May.

Johnson is the first choice for 39% of those activists who responded. Raab (13%)

Of the others, Home Secretary Sajid Javid and Environment island n 9%, with Foreign Secretary Jeremy Hunt on 8% and Health Secretary Matt Hancock on 1%.

Meanwhile, Mr. Hancock told the Daily Telegraph that Mrs May's successor as prime minister should not call a general election until Brexit is completed.

He said an early election risked losing to Labor and "killing Brexit altogether".

He added: "We need to take responsibility for delivering on the referendum result."