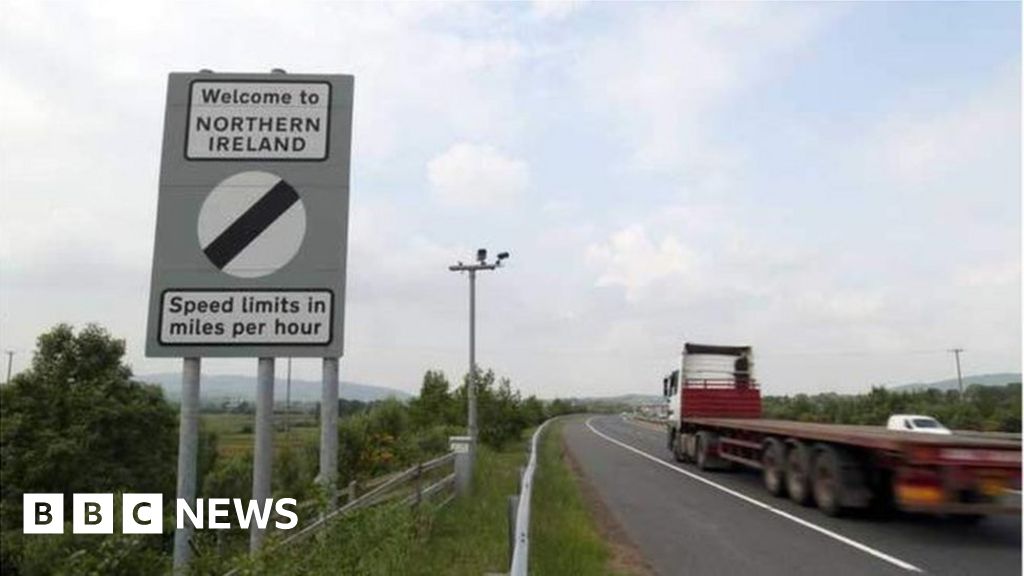 Several cabinet ministers have told the BBC a no-deal Brexit could lead to a vote on Irish unification.

And a third cabinet minister said there was an understanding in government that a vote on unification would be a "realistic possibility" "If the UK leaves the EU without a deal next month.

" If we are part of creating an environment of chaos, disruption and uncertainty ̵

1; that could move the dial ", the source said.

All three spoke to the BBC on condition of anonymity

The conditions for a "border poll" are in the Good Friday Agreement.

The issue was raised this week when the prime minister held talks with Northern Ireland's parties in Belfast.

Downing Street believes the majority of people continue to support the current political settlement – and the PM has pledged to protect the "precious union".

We have heard warnings about the impact of Brexit on the UK before.

Former prime ministers Sir John Major and Tony Blair warned about it before the 2016 EU referendum.

As she tried to support her original Brexit deal last month, Theresa May warned a no-deal Brexit could strengthen the hand of those wanting Irish unification and Scottish independence.

With some increasingly concerned about the prospect of the UK leaving the EU without a deal on March 29, concerns about Northern Ireland's future appear to be increasing.

"A no-deal Brexit is the way most likely to lead to a border poll and to people questioning the benefits of being in the United Kingdom," one cabinet minister told the BBC.

"The dial has been moved – the dial could be moved into those circumstances." "The dangers are real," adds a separate senior cabinet minister.

This source believes there is a danger that people without a strong nationalist or unionist background could react badly to a no-deal Brexit – especially if the leads to serious issues at the Irish border – and that could tip the balance.

Another minister said the government had "a lot of get-out-of-jail cards" that could help it avoid a border poll.

When I put some of the concerns raised in cabinet to this person, they used to be "remarkably unwilling to do their homework on the issue".

But the source added: "If it really is a horror show… the polling might reflect it "

It's worth pointing out Brexit would not be the only factor if there is a border poll; changing demographics would play a significant role too.

My colleague Jayne McCormack has written more about the issue here

But in the corridors of power at Westminster there is real concern Irish unification will become a significant issue if the UK leaves the EU at the end of March without a deal.

UK Government Spokesperson said: "There has been no change in position.

"The circumstances requiring a border poll – as set out in the 1998 Agreement – are not satisfied."