Brexit: top Tories would bring back any PM that didn't receive any agreement | Policy 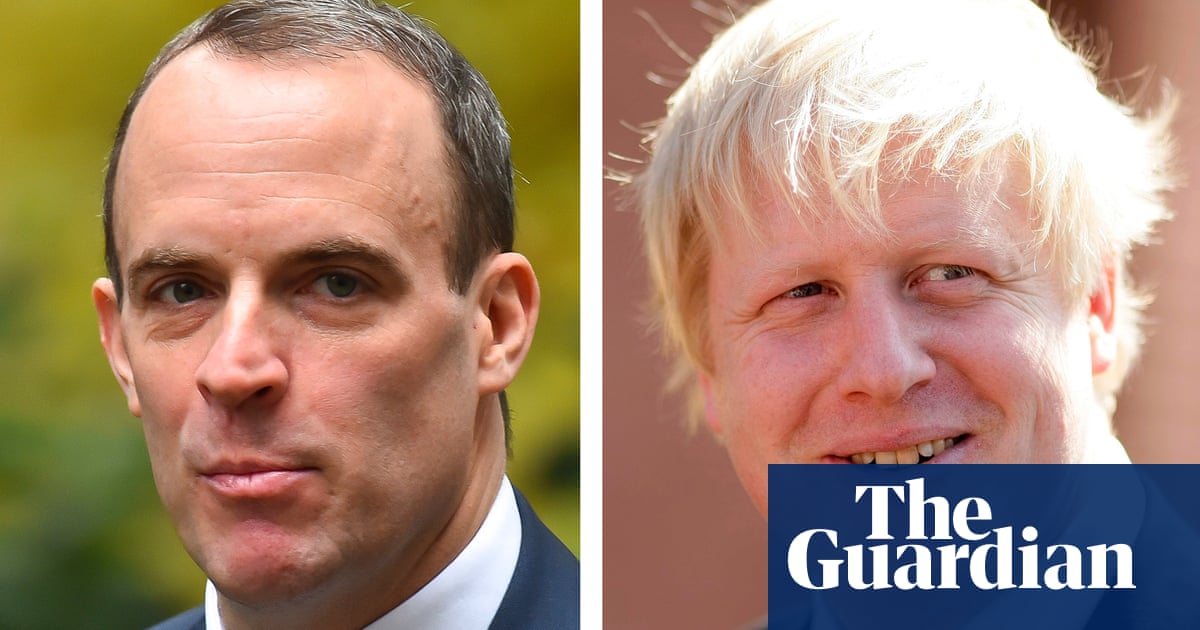 Boris Johnson and Dominic Raab have been warned that Tory MPs would be prepared to bring down any prime minister who supports a no-deal Brexit, which triggers an election election because fear that leadership's aspirations will move right in response to an increase in support of Nigel Farage at the European election.

A number of senior conservatives, led by President Philip Hammond, gave a modest message to candidates that many Tory MPs are willing to take drastic action to stop a non-functioning Brexit Any Prime Minister would find it very difficult to control if he or she was to pursue an unapproved Brexit without parliamentary permission, "Hammond said while refusing several times to forgo the whip to vote against his own prime minister in a confidence movement.

There is fear among Tory moderates many of the eight declared candidate candidates will adopt tough Brexit positions to win over conservative membership, the high Euroceptic choice of 1

60,000 choosing who will be the next prime minister of a list of two candidates who are worn by MPs.

The hope of leadership will also be desperate to win back followers who are tempted by Fara given the Brexit party, which is expected to top European elections, Tories pushed back as far as fourth or fifth place.

Johnson and Raab, two of the leading candidates, both said they would take the UK out of the EU at the end of October with a deal or no deal as they positioned themselves on the tough Brexit side of the competition.

Raab himself suggested that he would be prepared to ignore the will of Parliament to do so and told the BBC's Andrew Marr Show: "It is very difficult for Parliament to legislate against a no-agreement or in favor of a further extension, unless a determined prime minister is willing to acknowledge it – and I wouldn't. "

However, Michael Gove, the environment secretary y, is pitching himself as a leaving supporter who is more willing to compromise on a deal in an attempt to hold the party together.

He dragged his hat in the ring to be prime minister on Sunday and said he was a candidate with both faith in Brexit and "with" negotiating a better deal with Brussels. It seemed to be a hint of Johnson's organizational skills, his old adversary, which he turned to in the last leadership competition and was forced out of the race with a confusing criticism of his suitability for the job.

Gove along with most of the other candidates in the Tory's leadership competition still say he would not hold any deal on the table but has not made a red line at the end of October.

Andrea Leadsom, head of the Commons, has the same position as Raab and Johnson to leave in late October, no matter where Esther McVey, the toughest Brexit candidate, said she wanted a "clean break" without a deal Brexit without attempting to renegotiate the withdrawal agreement.

Jeremy Hunt, the lead candidate among MPs, said he would not have any deal as an option while using his business trip to negotiate a better deal.

Only Rory Stewart, the International Development Secretary and Matt Hancock, the health secretary, have effectively ruled out pursuing a no-deal Brexit and stressed that they would benefit in negotiating a compromise. Hancock said May's successor should be more "brutally honest" about the "trade-offs" required to get a deal through parliament.

Stewart said that Brexit was a "non-transferable, unnecessary and would hurt our country" and revealed that Johnson had told him that it was "not going without a departure" before he publicly took another position in Switzerland on Friday.

Conservatives on the soft Brexit and remain wings of the party, said Sunday that they were serious about stopping any departure from the EU.

Justine Greening, a former cabinet minister arguing for another referendum also warns that the competition became a "beauty parade by hard Brexiteers".

Currently, the government only has a majority of four, even with the support of the Democratic Unionist Party, which means that it would only take two Tory Members to withhold their support for a new Prime Minister to lose the ability to get the legislation through .

Several conservative MPs said they believed that the chances of a election would rise rapidly if a candidate decides to pursue a non-Brexit policy.

Currently, Hunt leads the competition among his colleagues with about 29 endorsements, while Johnson and Raab both have about 22 publicly declared supporters. Raab has about 18 public beneficiaries, while the home-based secretary Sajid Javid, who has not yet declared his candidacy, has about 11.

In studies of members of the ConservativeHome website, Johnson beats all the other candidates in main-to-main runoffs, making him to the clear favorite if he does the shortlist.

However, many of those involved in the "Stop Boris" campaign of Tory MPs are concerned that he would be too divided in a general election against Labor because of his involvement in the Voting Discrimination campaign.

The work is also braced for difficult results in the European Parliament elections, with shadow Chancellor John McDonnell saying he expects the party to get a good kick.

There is likely to be pressure on Jeremy Corbyn, the Labor leader, to shift his attitude to another referendum in the coming weeks if the party loses ground to Liberal Democrats and Greens as expected.

Tom Watson, Vice President of Labor, critics put the party's "milked" lack of full adherence to another referendum. He won support from Shami Chakrabarti, the shadow lawyer and an Corbyn ally, who said it was "past midnight" to shift in support of a public vote.

But Len McCluskey, the Secretary General of Unite and another ally of Corbyn, accused Watson of being an ineffective Machiavelli using the question of another referendum to attempt a coup against the leadership.