Boris Johnson’s bike from Joe Biden was made in Philadelphia 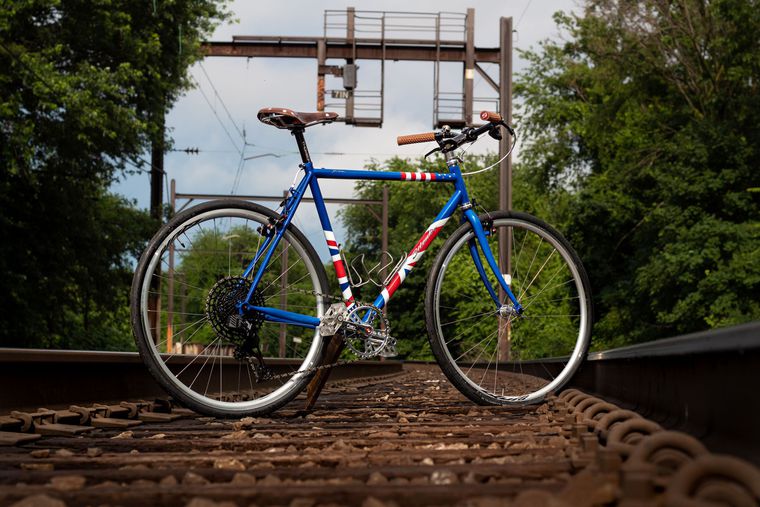 Stephen Bilenky was not sure what to think when he received an e-mail from the US State Department on May 23 asking if he could make a bicycle – in less than two weeks.

It was a big request for Bilenky Cycle Works in Philadelphia’s Olney section, a small business whose customers may have to wait at least six months for a bike and sometimes up to 18 months, depending on how customized.

But when he learned the name of the final rider ̵

1; British Prime Minister Boris Johnson – he decided to continue with it. “This is an opportunity” to raise the profile of his store, he thought at the time. “Controlled chaos” followed, said Bilenky, who has been in the business for 37 years.

Bilenky, 67, and his three co-workers pulled it off and finished the custom-made frame made of Columbus steel and painted it at Memorial Day weekend. The goal was to have the bike ready as a gift from President Joe Biden to Johnson, an avid cyclist, at the G7 summit in Cornwall, England. The summit starts on Friday.

The bike is painted blue with red and white decorations to evoke British Union Jack, signatures from the two world leaders on the crossbar and American and British flags on the main tube. It was sent on June 4th. The matching, specially painted helmet took longer and had to follow on Monday.

One of the challenges with the State Department’s request was that the bike have as many components manufactured by the United States as possible.

Wheels came from Velocity USA in Michigan. The hubs, crankshaft and headset are from White Industries, California. Sram, in Chicago, supplied rear derailleurs and gearshift levers. The saddle came from Selle Anatomica, also in California.