Boris Johnson says Britain needs to prepare for Brexit without agreement. Here’s what it means. 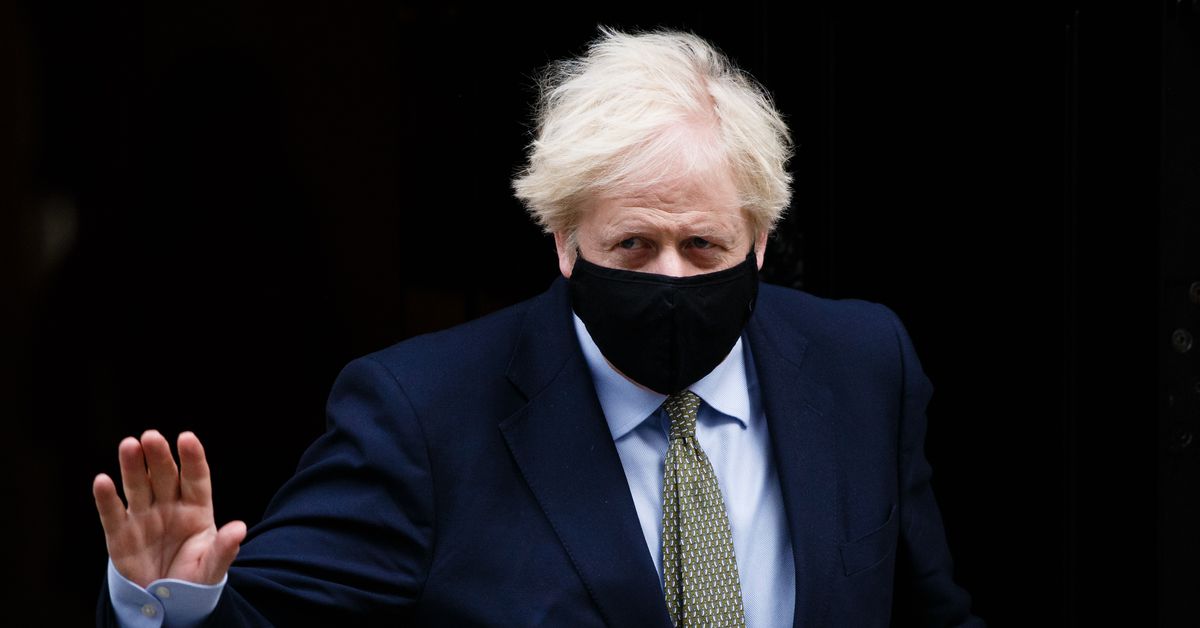 Another Brexit deadline has come and gone. Well, sort of.

British Prime Minister Boris Johnson had set October 15 as the date for the United Kingdom to reach a trade agreement with the European Union. The self-imposed deadline arrived on Thursday, with both sides still in a dead end over their future relationship.

The deadline of 15 October coincided with an EU summit in Brussels, where European leaders said they would continue to work towards an agreement, but called on Britain to “take the necessary steps to enable an agreement.” Member States also acknowledged that they should intensify preparations for the possibility of no agreement being reached before the actual deadline, which is the end of the year.

Johnson responded on Friday by accusing the EU of being stubborn, saying it “has refused to negotiate seriously for much of the last few months.”

; Because of this, he said, Britain would also, with “high hearts and full confidence”, prepare for a no-deal scenario.

However, Johnson did not explicitly walk away from the talks – and negotiations are expected to continue in some form. Which is pretty much what many observers expected: more harsh talk, but no real drastic action on either side.

But while Brexit talks are not entirely dead, they are certainly entering a much more uncertain phase.

Progress has been made in some areas, but both sides remain fixed on key sticking points. The United Kingdom’s attempts to try to renounce parts of the original Brexit agreement and the EU’s decision to take them to court over it have also complicated matters.

And again, there is a very real and very fixed deadline on December 31st that is approaching uncomfortably. Unlike the first phase of Brexit, this end date cannot be easily delayed.

So both sides really need to prepare for a future without an agreement.

How the EU and the UK came here, which feels like a place they have been before

The United Kingdom formally left the European Union in January 2020, but it continued to follow EU rules under the terms of the Brexit agreement, which allowed for a transitional period until the end of 2020.

The point of the transition period was to give both the EU and the UK time to find out their relationship after the break-up. The two sides need to come up with a trade regime, but they also need to address a number of other issues, ranging from fisheries to security cooperation.

These negotiations have not gone well at all, and both sides are at odds with key issues, specifically state aid and fisheries. The latter is as much a symbolic issue for Britain as an economic one, but state aid – or so-called “equal terms” – is really at the heart of the problem.

The EU insists that if Britain wants duty-free access to its internal market, it cannot try to undercut the EU by subsidizing industries or companies or by lowering standards for things like environmental or labor protection that can give UK companies a boost.

But for the UK, which wanted Brexit so that it could be a ruler instead of a regulator, compliance with EU standards is the opposite of what Brexit was supposed to deliver when Britain re-established its own trade regime.

The United Kingdom says this can be resolved through a regular old-school-style free trade agreement such as the one Canada has with the EU. But the EU says Britain is not Canada, not in terms of proximity and access – plus they are cooperating on so many other fronts – so the agreement cannot be replicated.

And back and forth it has been going on for months.

The Covid-19 pandemic has also complicated negotiations, using much of the energy in London and other EU capitals earlier this year and forcing dealers to video conferencing, where the side discussions that often lead to breakthroughs cannot take place. (Plus, diplomats from both sides got Covid-19.) The two sides have tried to rejuvenate discussions and create deadlines, including this month, but it did not generate much progress.

Because not everything was already difficult enough, in September Johnson’s government introduced legislation called the Internal Market Act, which would align some elements of the withdrawal agreement – also known as the AND Brexit Bill – related to Northern Ireland.

Opponents say this violates international law; The EU has said the same and is raising a legal challenge over the potential violations. Some experts saw Johnson’s play as “macho brinkmanship”, which aimed to force the EU to move in the larger negotiations, but the EU has stuck.

And then the two sides came to mid-October without any major movement on the big issues, and both sides blamed the other for being uncompromising on their red lines.

At this week’s EU summit, European leaders – who continued to show great unity – said they would continue negotiations, but also said the United Kingdom needed to reconsider its positions. The United Kingdom, of course, reacted by saying that based on the EU summit, Brussels was not willing to give the United Kingdom a trade agreement as it wanted and it was ready to go away.

But neither side has actually done so, at least not yet. European Commission President Ursula von der Leyen said on Friday that “the EU continues to work for an agreement, but not at any cost.” She said the EU team would still travel to London to continue negotiations next week.

talks: the EU continues to work for an agreement, but not at any cost.

As planned, our negotiating team is going to London next week to intensify these negotiations.

The top Brexit negotiators – for the EU, Michel Barnier and for Britain, David Frost – said they would speak early next week, although Frost asked Barnier not to come to London unless the EU has a new plan, according to the Guardian. European leaders have also urged Johnson to continue speaking.

This deadline in mid-October was pretty much made up for, but time is running really short. Barnier has previously said that any agreement must be reached before the end of October, so that the European Parliament has time to review and approve this completely new matter. This is probably also a flexible deadline, but the deeper the talks go into November or December, the more challenging it will be to implement new schemes before the end of the year.

And while it may feel like we’ve seen this Brexit show before – exact conversations with threatening deadlines – things are really different this time.

Why the threat of a no-deal Brexit still remains

Unlike the first phase of Brexit, where the deadline continued to be delayed and delayed and delayed, this option is a little less likely here. The current cut in December 2020 is written in the Brexit agreement between the UK and the EU, which is now an international treaty. The United Kingdom could have expanded it, but had to make this choice in late June, and it refused to do so.

And while the possibility of a fudge at the last minute cannot be completely ruled out, it only seems likely if there is real movement on the major issues in this future relationship. Therefore, both sides have again brought up that they are preparing for the possibility of a no-deal.

All the catastrophically disturbing things that could have happened if Britain had left the EU without a plan in place before Brexit could still occur if the two sides reached the end of the transition period without agreements.

This is because when the transition period expires, all the trade and regulatory arrangements that Britain followed will end. The two sides will trade under the rules of the World Trade Organization, which set tariffs and quotas between countries that do not have free trade agreements in place with each other.

Johnson has taken to calling this an “Australian style” agreement “based on simple principles of global free trade.” Australia does not have a formal free trade agreement with the EU, but it does have a number of co-operation agreements – which Britain would not have if it left on 1 January without an agreement. In addition, the UK’s trade relations with the EU far exceed what Australia’s is. So as some have pointed out, it would actually be more of an “Afghanistan-style” deal or a “Somalia-style” deal, or, you get the point. It is nothing.

Which means control and monitoring can create massive, disruptive gridlocks at ports of entry. Businesses and firms face new rules and barriers to trade. It may be a painful adjustment for the EU, but it will be far more damaging for Britain.

In general, a 2020 deal may still look like the one experts predicted before Brexit became official – except, of course, companies are already struggling due to pandemic constraints, making it harder for them to prepare for the uncertainty. One company estimated that a no-deal Brexit plus Covid-19 could cost the UK economy $ 174 billion a year over the next decade.

The economic crisis caused by the pandemic could give Johnson political cover to end Brexit talks without an agreement – in essence, he can lodge all economic turmoil under the Covid-19 category rather than Brexit, and hope no one notices.

But that may not move, as companies are already saying they are not prepared for a no-deal in the midst of the pandemic, and the rest of the UK is starting to wake up to the realities of Brexit, including all this new infrastructure going up to prepare for potential border controls after Brexit.

Both the UK and the EU want to avoid this no-deal scenario, but as more and more self-imposed deadlines pass, the real one is approaching – with no clear sign of compromise.

Millions turn to Vox every month to understand what is happening in the news, from the coronavirus crisis to a racial inventory to what is possibly the most consistent presidential election of our lives. Our mission has never been more important than it is in this moment: to strengthen you through understanding. But our distinctive brand of explanatory journalism takes resources. Even when the economy and the news advertising market recover, your support will be an important part of maintaining our resource-intensive work. Thank you if you have already contributed. If you do not have it, you can consider helping everyone make sense in an increasingly chaotic world: Contribute today from as little as $ 3.

Australia is protesting against Qatar airport exams of female passengers