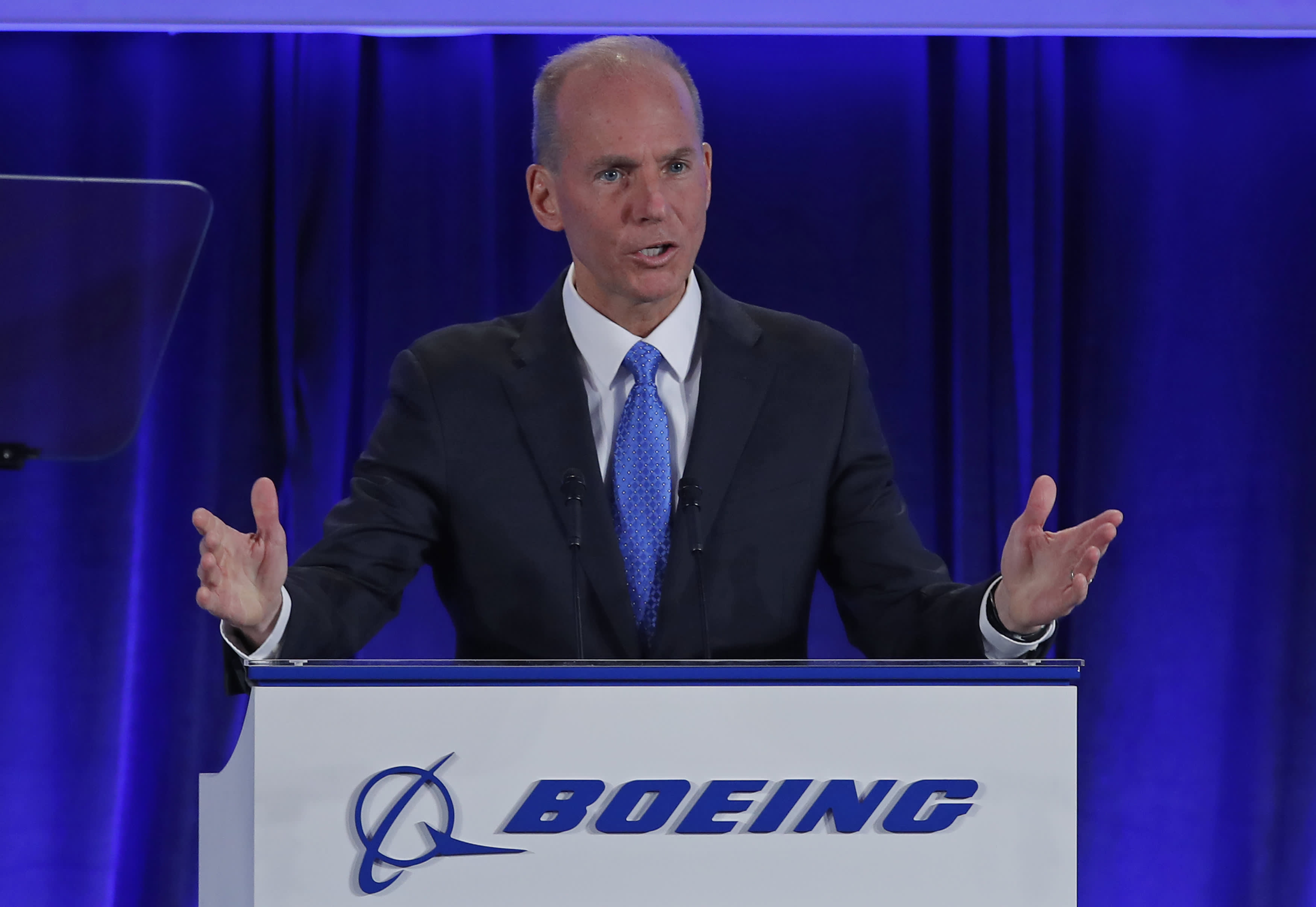 Boeing CEO Dennis Muilenburg speaks during their annual general meeting at the Field Museum on April 29, 2019 in Chicago, Illinois.

Aviation authorities around the world based Boeings 737 Max aircraft in the middle of March following a crash on one of the Ethiopian aircraft that took place less than five months after a similar deadly accident in Indonesia. The crashes killed a total of 346 people.

Investigators have implicated an automated flight management system in both failures. It was triggered by erroneous sensor data that pushed the nose of the planes repeatedly into a deadly jump.

"We know … that public confidence has been harmed by these accidents and that we have work to do to earn and regain trust from the flying public and we will do it," Muilenburg told an investor conference in New York. "We take all necessary measures to ensure that accidents like the two never happened again."

Boeing's stock is about 1

6% since March 10, the Ethiopian Airlines crash, which triggered global grounding.

Public trust is a challenge not only for Boeing, but for its customers: airlines. In the US, US, United and Southwest countries have combined more than 70 aircraft in their fleets and canceled thousands of flights during the peak season, as Max remains due. United and Southwest directors have said they will not charge passengers reserved on the Max date change or ticket prices if they choose to switch to another flight operated flight.

Boeing has made a software change to make the automated system known as MCAS less powerful and give pilots greater control. The FAA and other aviation authorities plan to review the changes along with updated pilot training material before the jets can fly again.

Boeing and the FAA are on fire over the regulator's approval process for the jet aircraft, which included outsourcing some features to Boeing employees permitted by FAA regulations.

Last week, the FAA hosted aviation officials from more than 30 countries to review where things stand in Boeing's recertification process. Acting FAA chief Daniel Elwell said it did not have a solid timeline to allow the jets to return to heaven.

Boeing has a backlog of about 4,400 orders for its popular 737 Max aircraft. After the grounding, it paused deliveries and cut production from 52 a month to 42.

The company, which has stored non-delivered aircraft at its facilities in Washington and San Antonio, Texas, is likely to raise production. Muilenburg said long-term demand means a 737 Max production rate of 57 a month "could make sense".