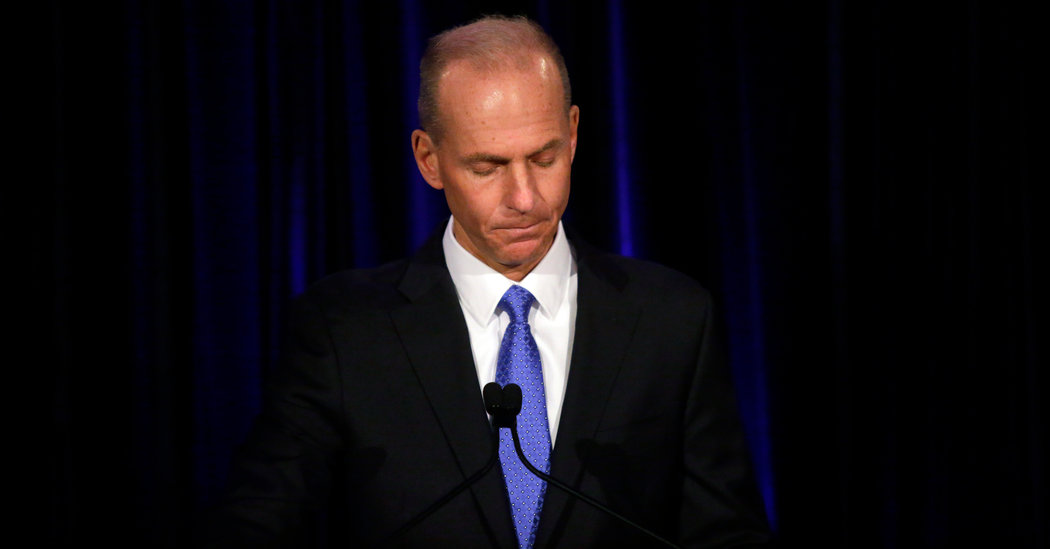 On Sunday, Boeing's CEO said the company made a "mistake" on how it handled a 737 Max cockpit warning light. Dennis Muilenburg, CEO, commented while addressing journalists on the eve of the Paris Air Show, one of the major sales events for aircraft manufacturers worldwide.

When Boeing began delivering Max to airlines in 2017, the company believed that the light was operational on all jets. But after Max began flying that year, engineers at the company learned that the warning light would only work if an airline had purchased a separate cockpit indicator.

Most Max customers, including Lion Air and Ethiopian Airlines, did not purchase a separate indicator. It left many airlines without a functional warning light.

The light warns pilots of a disagreement between two sensors that measure the direction of the aircraft. Preliminary studies suggested that problems with these so-called angles of attack have contributed to the collapse of two jets, a flight from Lion Air in October and an aircraft from Ethiopian aircraft in March, where 346 people died.

[Investigationerrorsystemuncertainty Here's what you need to know about 737 Max crashes. ]

The company did not inform regulators or airlines of the problem for about a year after making an internal notification stating that the issue "did not affect air safety or operation," Boeing said in a statement in the last month.

Daniel K. Elwell, the acting administrator of the Federal Aviation Administration, criticized the company for waiting so long to tell the agency about issuing a May hearing saying he was "not happy" with the delay. Boeing discussed the case with F.A.A. first after the Lion Air Flight 610 crash.

"We were clearly mistaken in the implementation of the warning," Muilenburg said on Sunday, according to The Associated Press, echoing a similar statement he made in a CBS interview last month.

Mr. Muilenburg also said the company's "inconsistent" communication with regulators and customers that the warning light was "unacceptable."

The Paris Air Show, a critical two-year sales conference for the global aviation industry, has been a triumphant affair for Boeing in the past. In 2017, the company won 571 orders and obligations for new jets, many of them Maxes, which surpasses its archrival, Airbus.

Delayed Max deliveries have weighed the company's bottom line, contributing to a decline of $ 1 billion. dollars in revenue for its commercial airplane division. Boeing chose not to offer its usual annual sales and forecast forecast in April, while announcing its worst quarterly results this year.