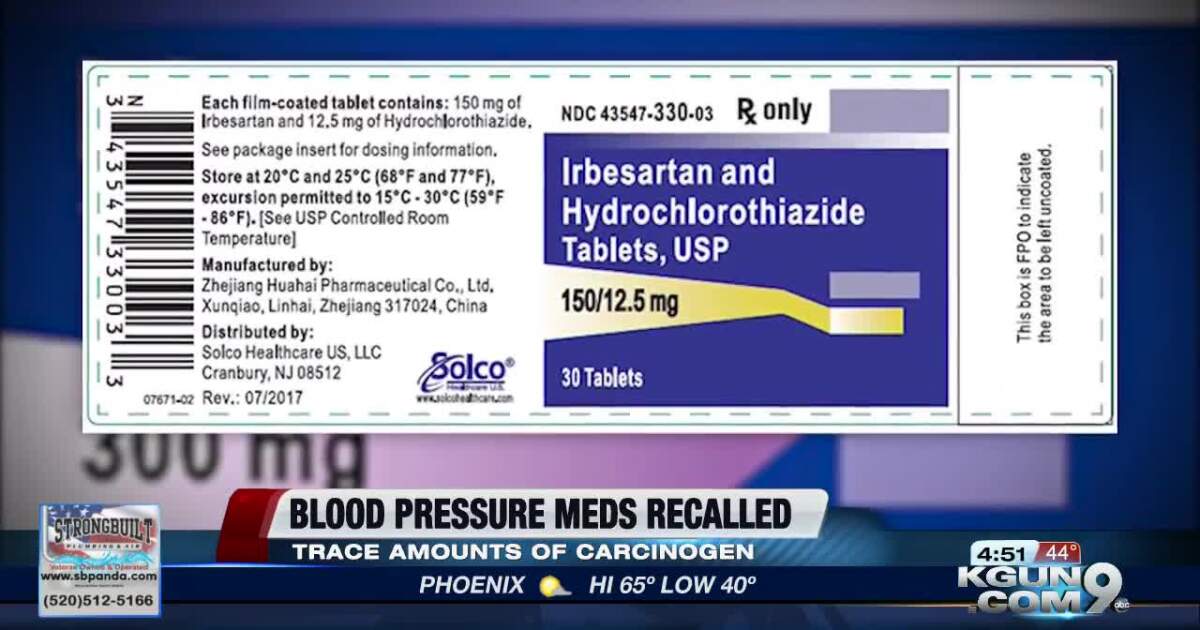 announced on Friday that eight lots of Irbesatan blood pressure medication have been recalled after testing showed the trace amounts of a cancer-causing material.

1; or NDEA – and likely carcinogens.

The ingredients were manufactured by Zheijiang Huahai Pharmaceuticals in China, a company which has been linked to several recalls of regularly-prescribed blood pressure drugs since July

These are the lots that have been recalled, by the FDA: