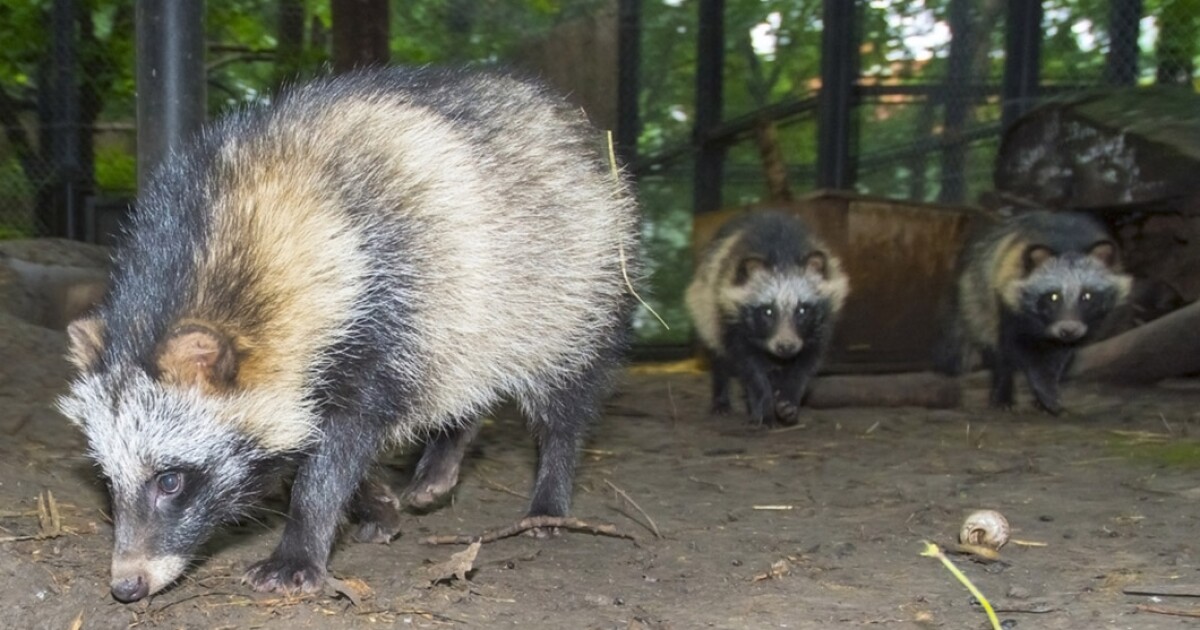 R accoon dogs have been terrorizing local residents at a village in Nottinghamshire after two of the dogs escaped their enclosure. Raccoon dogs ” data-image-size=”fixed”/>

Young raccoon dogs in an enclosure.

Local residents of Clarborough village, Mandy Marsh, 53, and her husband Dale Marsh, 54, said a "blood-curdling scream" woke them up Tuesday morning. Mandy said her husband went outside to see what happened and found a strange animal attacking their pony and goat.

"This raccoon was absolutely crazy. It was hissing and screaming and snarling. It was going absolutely mad," Marsh said. She added the pony was trying to shield their goat from the raccoon, which was attempting to kill the goat. .

The Marshes said they armed themselves with wood planks to scare off the brute. The couple engaged in a two-hour face-off with the raccoon but before the animal was chased off by the wood-wielding duo.

The raccoon dogs have attacked livestock, and are planning on using a helicopter to find the animals that are not found. [RaccoondogsarewildanimalsthatbelongtothecanidfamilywhichincludeswolvesfoxesanddogsTheylooklikeraccoonsandhaveclawswhichallowthemtoclimb

Police urged residents to be in response to the dangerous animals and call the police if they spot the two dogs.