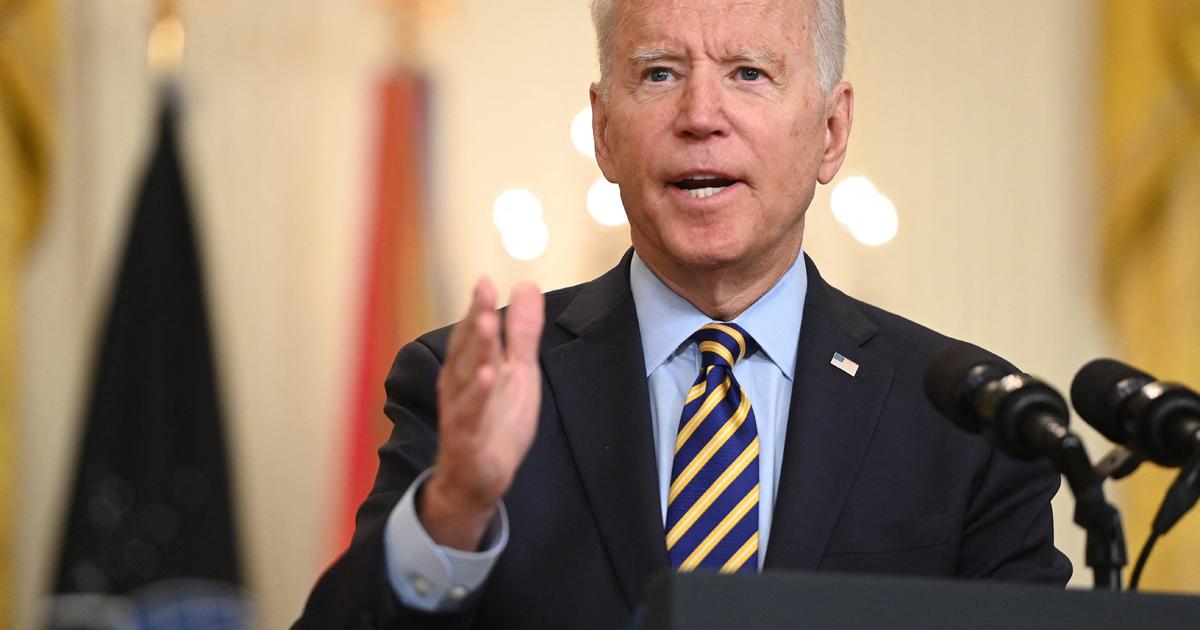 President Biden said the withdrawal of US troops from Afghanistan after 20 years of war would end on August 31 before the September 11 deadline he announced in mid-April.

“We are ending the country’s longest war,” the president said in remarks at the White House on Thursday.

By the time he announced the September deadline, about 3,500 troops remained. Earlier this week, the Pentagon said the withdrawal was 90% complete. It went fast for a reason.

“Our military leaders advised me that once I had made the decision to end the war, we had to move quickly to implement the key elements of the breakdown, and in this context, speed is security,”

; the president said. Another approach “would certainly have come with an increased risk to the safety of our personnel,” and he noted that so far no U.S. military personnel have been lost in the process.

U.S. forces left Bagram Airfield last week, the largest US base in the country. Bagram’s turnover into the Afghan National Defense and Security Forces completed the US transfer of all seven bases to Afghanistan and in fact completed the logistical part of the withdrawal.

Although the president made August 31 the formal deadline for U.S. troops to be out of Afghanistan, the withdrawal is complete in all respects with the transfer of control of Bagram. The command of NATO forces in Afghanistan, General Scott Miller, will soon leave the remaining forces at the head of a two-star general.

The military supports the president’s decision, though top military advisers may not have initially concluded that the United States should withdraw. But Mr. Biden heard what they had to say, met with them at least half a dozen times, and showed that he read the briefing books. In the end, both agreed that the United States could not stay in Afghanistan forever – there are greater threats to the nation than al Qaeda in Afghanistan.


“The United States cannot afford to remain bound by policies that create a response to a world like it was 20 years ago,” Biden said. “We need to address the threats where they are today.”

The president has said the United States will continue to have a diplomatic presence in the country. To maintain an embassy in Kabul, hundreds of troops will remain for protection, and more can support security at Kabul International Airport.

As U.S. troops have withdrawn, the Taliban have cast more territory. In the past two months, it has taken control of more than 80 of the 407 districts in Afghanistan, according to the Long War Journal, which closely tracks the conflict. In the last week alone, the Taliban have taken 10% of the country and currently control 195 districts.

But Mr Biden insisted on Thursday that it was not inevitable that the Taliban would take control of the country, noting that Afghan forces exceeded the Taliban by about 300,000 to 75,000.

Sir. Biden insisted that “first and foremost, the mission has not failed”, but he also pointed out that “no nation has ever united Afghanistan”, that “empires have gone there and not done so.”

Along with the withdrawal of troops, the United States is still working to fly over 60,000 Afghans – 18,000 interpret and their families – outside the country to protect them from Taliban retaliation. Sir. Biden promised that the Afghans who have risked so much to help the United States “will not be left behind.”

He announced that from this month, the administration will start moving aircraft to third countries outside Afghanistan for applicants and their families who would like to travel.

“There is a home for you in the United States if you choose, and we will stand with you as you stood with us,” said Mr. Biden.

Pentagon spokesman John Kirby said Thursday that the United States remains committed to assisting the air force of the Afghan national defense and security forces. U.S. Secretary of Defense Lloyd Austin recently approved the delivery of two refurbished UH-60 Black Hawk helicopters this month with 35 more to come, as well as the purchase of three more A-29 aircraft.

“It’s not like we clap our hands and walk away,” Kirby said as he detailed the support the Pentagon continues to provide.