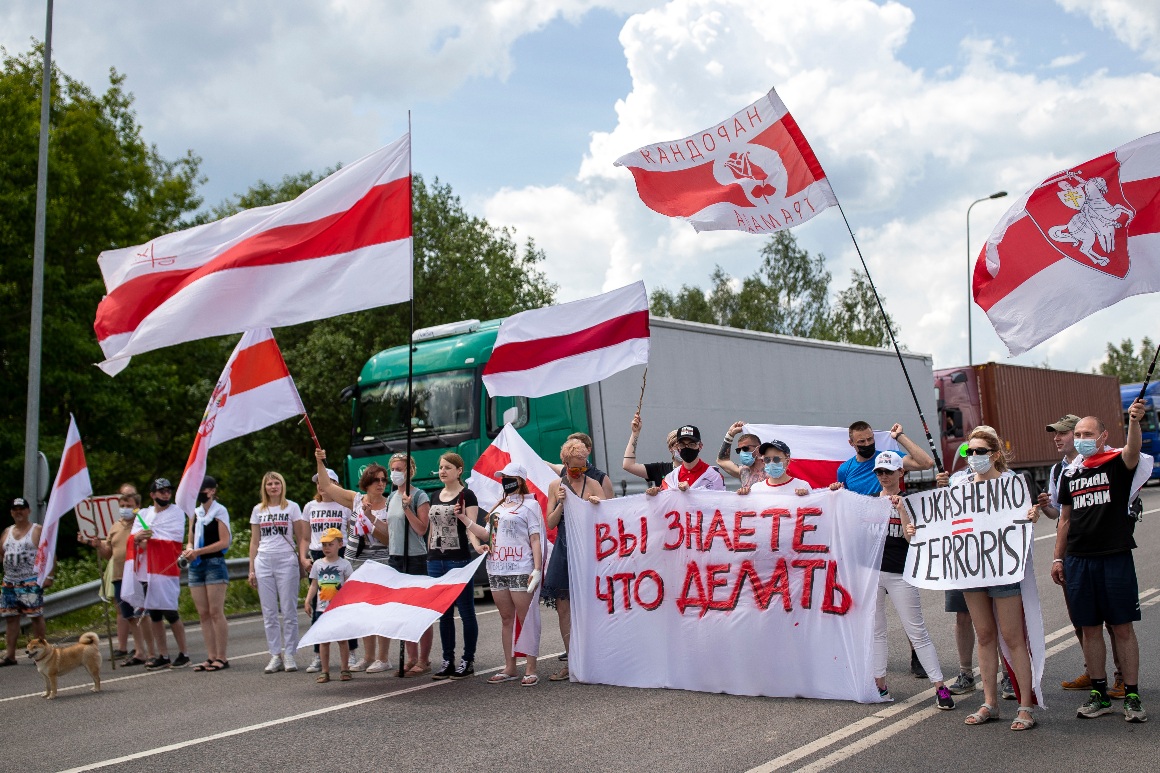 Biden is currently relying on a 2006 executive order to sanction Belarus in the wake of its provocative grounding of the Ryanair jet. But lawmakers on both sides want the president to sign a new, updated decree and consider imposing human rights sanctions on Belarus with the help of existing congressional authorities, steps that will avert the need for a new sanctions bill.

“The more we wait, the more impunity will take place,” warned Senator Bob Menendez (DN.J.), chairman of the Foreign Relations Panel. “It’s time to dump her and move on.”

The Biden administration has already reintroduced sanctions against several Belarusian entities and urged Americans not to travel to Belarus. It also recently instructed US airlines to “exercise extreme caution” when flying in the country’s airspace.

Senators are privately skeptical of the Biden administration’s commitment to crack down on Lukashenko, an important confidant of the Russian president. These skeptics on Capitol Hill point to the government’s recent opposition to demanding tougher sanctions against Moscow and its allies over the construction of a gas pipeline between Russia and Germany.

But Fisher’s promise was welcome for lawmakers who have pushed for a more aggressive response.

The committee also heard powerful testimony on Wednesday from Belarusian opposition leader Sviatlana Tsikhanouskaya. She has lived in exile in Lithuania since the August presidential election, which the international community believes she won.

Tsikhanouskaya called Lukashenko a “threat to international peace and security” and said the 66-year-old, who has been in power since 1994, makes Belarus “North Korea in Europe.” The opposition leader called on the United States to impose biting sanctions on Belarus’s foreign financiers in addition to its banking and oil sector, which she claimed would make a difference.

“What is happening in Belarus is not about geopolitics. That is our fight against dictatorship, “said Tsikhanouskaya. “It is not against other countries. It is against a regime in our country. ”

Fisher’s testimony on Wednesday painted a sharp portrait of Lukashenko’s allegiance to Putin. The Belarusian leader has relinquished so much of his own sovereignty to Putin that he no longer has control over Moscow’s military build-up in his country, she told senators.

“Russia continues to provide support to a leader whose only motivation at this point is to maintain his grip on power,” added Fisher, who has been unable to report for his position in Minsk because the Belarusian government will not give her a visa.

Biden traveled to Europe earlier Wednesday for his first overseas trip as president with a comprehensive agenda that includes a summit with Putin. Legislators have called on the president to press his Russian counterpart on a number of issues, including Moscow’s intrusion into Eastern Europe and its efforts to undermine democratic governments in the region.