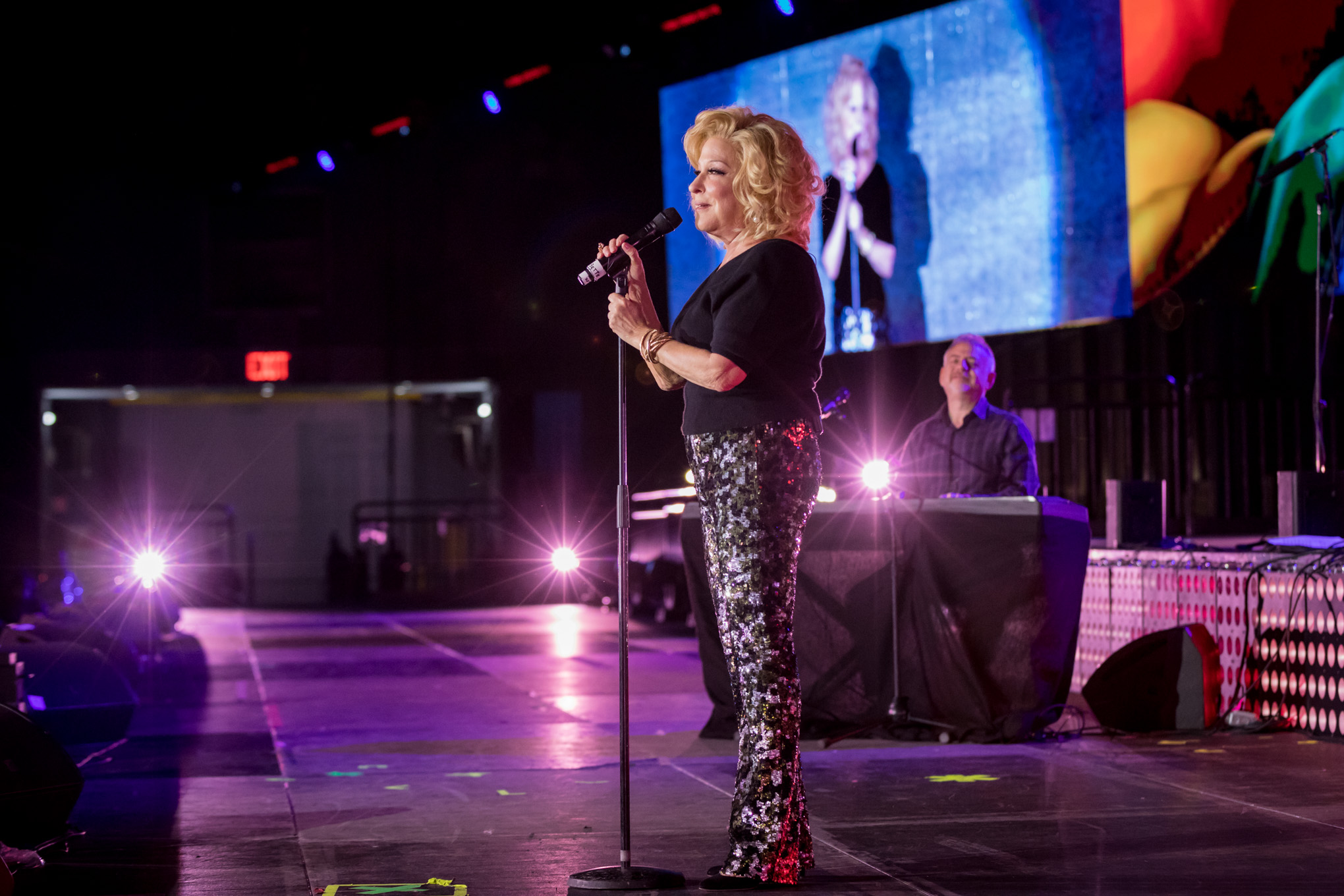 Bette Midler pointed out New York's Worldwide Main Event on Saturday night at the Javits Center to celebrate the 50th anniversary of Stonewall. During her performance of her 1973 hit single "Friends" accompanied by composer Marc Shaiman of Hairspray fame, she took a moment to bite back on President Trump.

"Now I'll tell you a little secret," she told the audience that they were surprised that she was invited to the event because Trump recently called her a "rinsed psycho." Just two weeks ago I was a washed-up psycho. I completely recovered, and something I learned from my president's lunatic attack … ", she said before the transition back to" Friends "

In addition to funds, Cyndi Lauper performed a medley of songs, including one EDM rendering of her hits "Time After Time" and "True Colors". Performing artists also included Beyonce's choreographer Chris Grant, Pose actor Billy Porter and the musician Brandy, who welcomed Whitney Houston. There was also a special honor for the musical Stomp celebrating his 25th anniversary in New York in 201

event, WE Pride The main producer Jake Resnicow said: "The 50th anniversary of Stonewall brings millions of people from all over the world to New York this pride. This will be a once in a lifetime opportunity to celebrate our progress as we work towards a better future. enable everyone to get together on a dance floor in the city that started it all. "