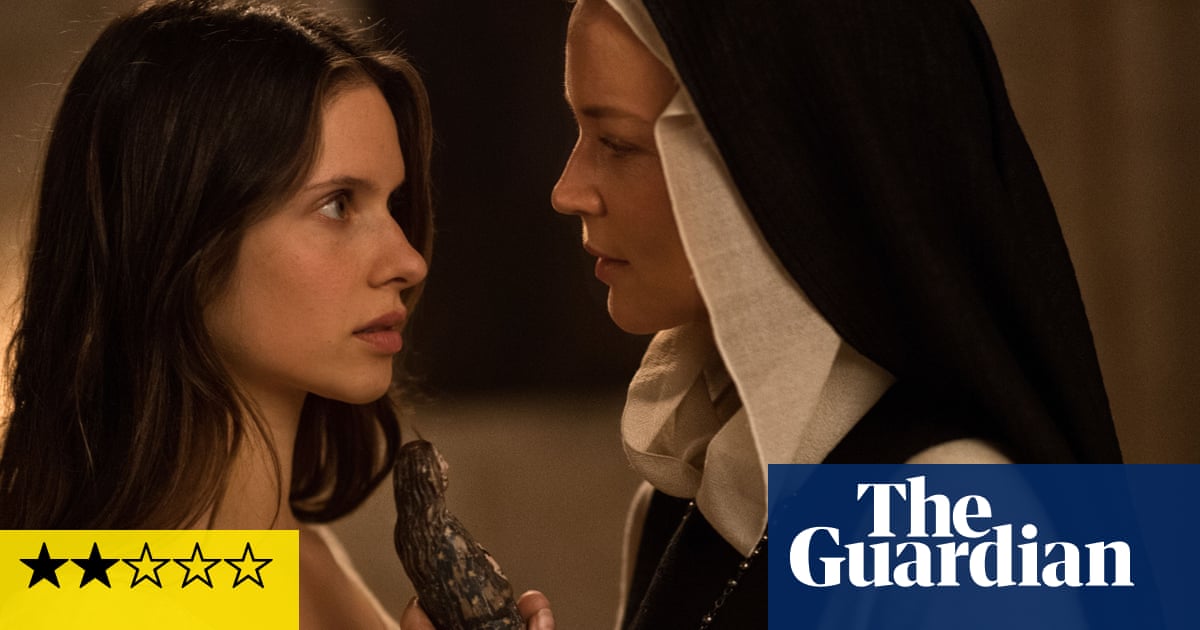 There comes a time in the screening of any historical film when you begin to wonder how the Carry On team would have cast it. The moment came to me in this film where the arrogant and sensualist papal Nuncio in counter-reformation Italy receives a petition from a mother-in-law while having lunch, about a misguided nun who is her responsibility. A character who appears to be Nuncio̵

7;s heavily pregnant courtesan then comes in and demonstrates that she is breastfeeding. Nuncio here is Lambert Wilson, though Kenneth Williams would do just as well, with Joan Sims as the saucely up-the-duff companion.

Paul Verhoeven has given us a bizarre nunsploitation drama that does for pious young women in pimples what he did for exotic dancers in his cult classic Showgirls. It has had a critical rehabilitation, and perhaps Benedetta will go the same way. It is about the mysterious abbess of the 17th century, Benedetta Carlini, who was eventually deprived of her authority (and much more) because of her relationship with another nun. Verhoeven, who co-wrote the script with David Birke, has taken his story from Judith Brown’s groundbreaking 1986 study of Benedetta’s homosexuality and mythology: Immodest Acts: The Life of a Lesbian Nun in Renaissance Italy.

Virginie Efira gives a slightly headmistressy performance – with or without her habit – as Benedetta, the passionate young nun who claims to see visions of Jesus and get stigmata. Her lover is Bartolomea, played by Daphne Patakia, and the wrinkling disapproving, cynical and anti-Semitic Mother Superior Felicita is played by Charlotte Rampling. She is initially deeply suspicious of her young accuser’s visions, but then begins with dead-eye cunning to see how Benedetta’s miracle would place her convent on the map and benefit her politically.

As always, Verhoeven has a great love for showing off his female leads in a state of softcore nudity, staging some violent love scenes, one of which is spiced with a wooden statue of the Blessed Virgin. This object turns out to be Exhibit A when Benedetta is finally confronted with her transgressions.

You might call this a very PG-ified version of Ken Russell’s The Devils (1971) or Walerian Borowczyk’s nunnery artporn balls behind monastery walls (1978) – with a bit of Roger Corman’s The Masque of the Red Death (1964). But these films undoubtedly tried to give us a more worldly psychological perspective on the mass neurosis involved, and they had more sense of humor. Verhoeven just presents us with the ambiguity of using religiosity as a set of dressing. There is an unbearably hammy musical score everywhere and the main tone is period drama good taste.

This is not to say that there are no big scenes: Benedetta’s hallucinatory fight with snakes in the church is entertainingly cruel, and Rampling’s last moment is a kind of showstopper. But Verhoeven may have to make some regrettable murmur in the confession of this one.