Behind the plunge in China car sales: chaotic implementation of new emission rules 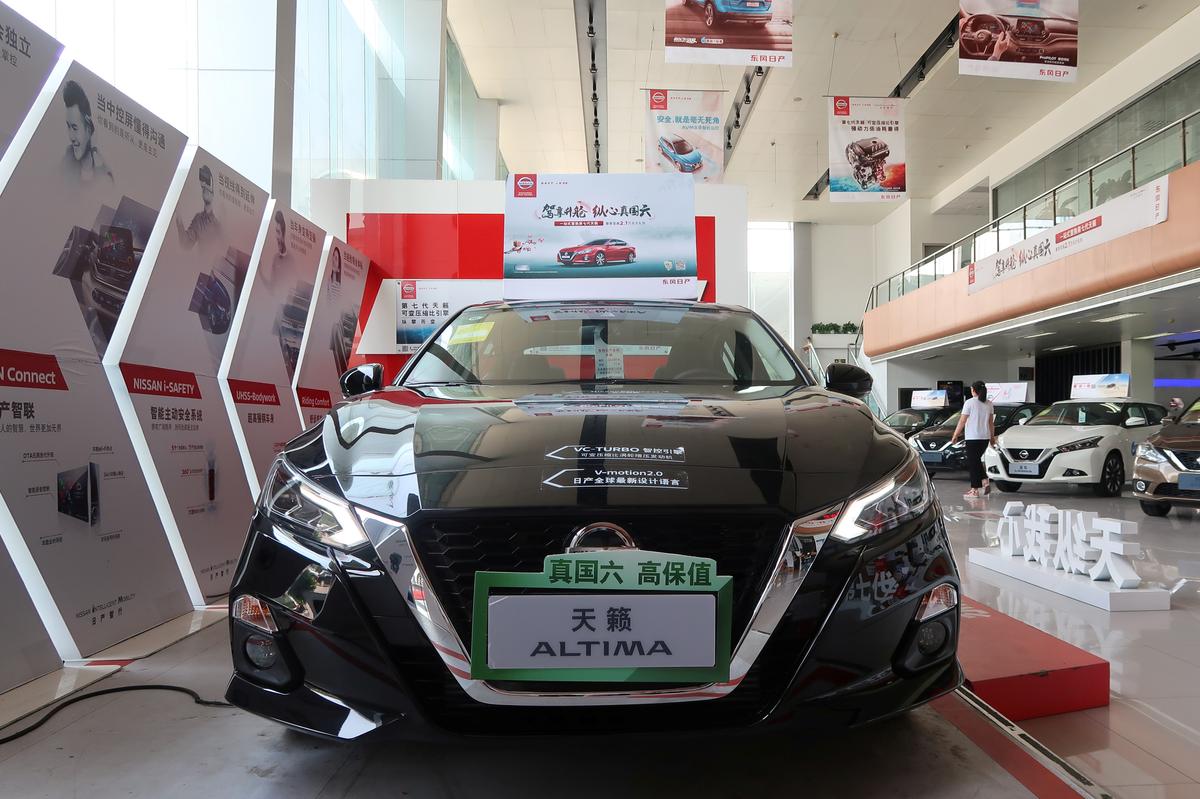 SHANGHAI / BEIJING (Reuters) – Shanghai-based Buick dealer Ron Li in late April found himself in an unfamiliar quandary: how to sell off almost 80 sedans and sports-utility vehicles crowding up his dealership lot.

The crux of the problem: a June 30 deadline for cars built to so-called China-5 emission standards to be sold. After that only new meeting standards could be put up for sale.

People were still coming in but were buying the stage 5 cars, Li said.

"Customers didn't know how long they could drive China-5 cars or whether they would be able to resell them in the future. And to be honest, we didn't know either. ”

To cope, his dealership in May slashed stage-5 vehicle prices as much as 30%, participating in what dealers and industry executives have called unprecedented widespread discounting as China's auto sales headed for their worst ever monthly drop.

Encouraged by a central government eager to combat smog, Shanghai is one of 15 cities and provinces to implement new stage-6 standards ahead of the original July 1, 2020 deadline.

Checks by Reuters with employees at about 20 dealerships in Shanghai, Beijing and the provinces of Jiangsu and Zhejiang, which have also brought forward the implementation of new standards, found that stage 5 cars had been a tough sell.

Some offered discounts of more than $ 2,000 when compared to the same model that meets stage-6 standards. One Peugeot dealership in Shanghai is as good as offering a free 301 compact car for customers who bought a 5008 SUV.

While a slowing economy and trade with the United States were initially held responsible for slides in sales since April, most of the blame is now laid on the poorly managed fast-tracking of new rules by the 15 cities and provinces , which account for more than 60% of sales in the world's largest auto market.

The sales crisis, which saw May sales plunge 16% from a year earlier, is prompting downward revisions to forecasts for China's 2019 car sales that most analysts thought would be flat or show mild growth.

Now, most expectations are for an annual decline in sales of around 5%, which would follow a 2.8% decline in 2018 when sales contracted for the first time since the 1990s. But Yale Zhang, an analyst at Shanghai-based Automotive Foresight, believes the fall could be closer to 10%.

"Those unsold China-5 vehicles in key areas will be sold to other regions and sales in those areas will be hit as well," he said.

In China, smog has become a major source of public discontent and Beijing declared a "war on pollution" five years ago, seeking to mitigate the environmental damage done during four decades of breakneck economic growth.

To that end, it has aggressively pursued the adoption of the electric cars and its stage-6 emission standards are regarded as the most stringent in the world.

The central government ramped up its anti-pollution drive last year, urging local authorities to implement stage-6 standards ahead of time. The southern province of Hainan was the first to jump on the bandwagon, saying it was thinking of doing as early as November 2018.

This set off a round of announcements from other provinces and cities which began bringing their implementation dates forward – though the timing varied from January to March to July. Some, including Hainan, later postponed after local dealers complained they wouldn't be able to sell off inventories.

Confusion ensued and it was not until last month that authorities clarified that buyers of stage cars would be able to resell them.

Dealers will also have to bear the cost of shipping unsold stage 5 cars to other cities and provinces where implementation comes later, while automakers have had to contend with headaches related to rolling out stage 6 models to market in time.

"Why can companies be allowed to arrange production and new product rollouts according to the rules?" Shi Jianhua, a senior official at the China Association of Automobile Manufacturers, is a news conference in June.

"The implementation date of China-6 rules was fixed, so why has the leg accelerated in a way that does not give companies sufficient time?" He added in rare criticism of government moves.

While carmakers do not necessarily have to make fundamental changes to technology to meet the new standards, they have to add catalysts and come up with better filtering systems that trap exhaust gases and particulate matter. In some cases, such changes might take a few years to design and execute, engineers customs Reuters.

The problem is "the cost of time it takes to design specific components into the design of a given engine," said a China-based engineer at General Motors Co, declining to be identified as he was not authorized to. speak to the media.

The process to gain regulatory approval for car models can take six months to a year and vehicle testing agencies such as the China Automotive Technology and Research Center (CATARC) do not have enough labs to meet the sudden surge in demand, multiple industry sources said.

CATARC did not respond to a request to comment.

That's why carmakers have produced fewer stage-6 compliant vehicles than hoped for.

Just 21% of cars sold in May with stage-6 standards but this has to rise to 50% if supply is to meet demand, Jefferies said in a research note last month.

Volkswagen AG ( VOWG_p.DE ), the largest foreign brand in China, said in an emailed statement all its existing model lines will meet stage-6 standards in key regions from July 1.

"Currently, we have a reasonable stock of China-vehicles and are reducing this, for example by reallocating the models nationwide," it added.

Ford Motor Co. representative said almost all of its line-up was stage-6 compliant. GM did not immediately respond to a request for comment.

A representative of Geely [GEELY.UL] said all of its gasoline models with stage-6 standards, while a spokesman for Toyota Motor Corp said the Japanese automaker had the technical reserve to measure the new standards and the switch to stage-6 rules would not have a big impact.

Nissan Motor Co Ltd is widely regarded within the industry as the most prepared international car manufacturer, having stated that as of February 90% of its China car manufacturing with stage-6 standards.

By contrast, local carmakers such as GAC and Great Wall Motor Co. Ltd had models waiting to be verified in June, according to the government's Vehicle Emission Control Center.

For some customers, however, the confusion surrounding the switch to new emission standards was a win for them.

“I know cars well. These China-5 vehicles are technologically advanced enough. Why shouldn't you buy a new car with big discounts? ”Said Jiang Lingfeng as he checked out a stage-5 Regal sedan at the Buick showroom in Shanghai.

Americans ready to replenish the wardrobe, but shipping snafus can plague retailers