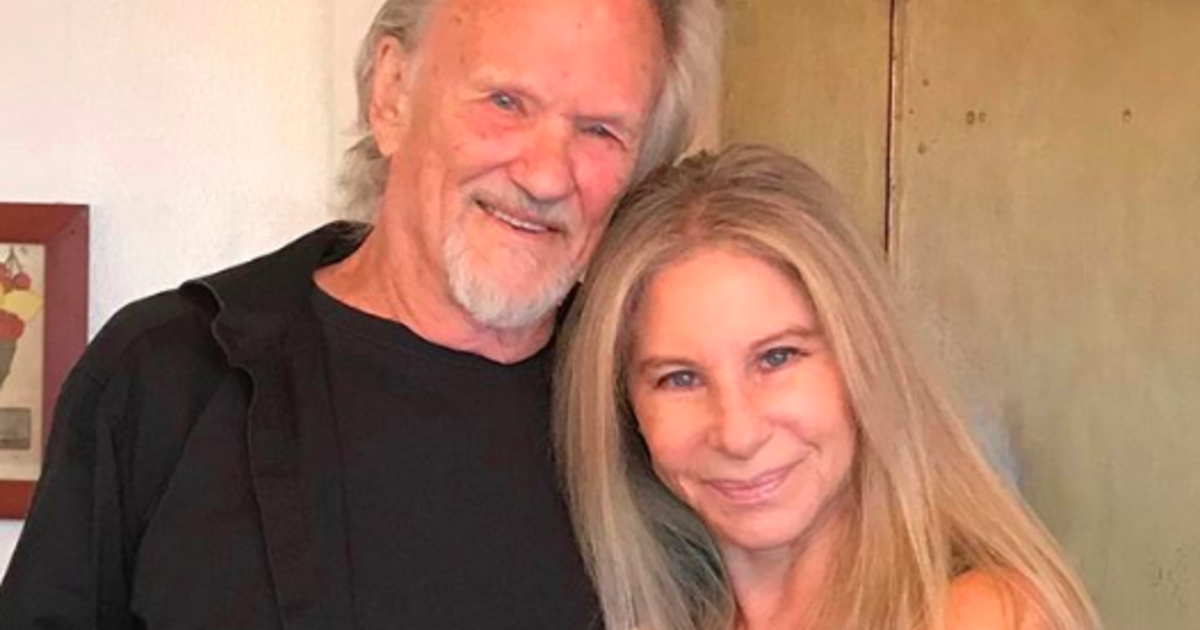 Last autumn, Lady Gaga and Bradley Cooper stood hearts – and tears – of the audience around the world with their performance in "A Star is Born." Years before they took the stage to sing "Shallow" Barbra Streisand and Kris Kristofferson stood in the 1976 iteration of the film, and this week they reunited singing a special duet from the beloved movie.

Streisand played for a sold out show in London's Hyde Park as part of the UK Summer Time Festival when she welcomed her former co-star to the stage. Kristofferson was among a lot of special guests, including Bryan Ferry, Ramin Karimloo, The Kingdom Choir and Richard Marx.

"One of my favorite men, Kris Kristofferson," said Streisand, when the actor went out. The couple hugged when they went to the middle of the scene .

"Here's a song that we sang together in the movie, right?" Streisand said when music began to play, "Oh, I love this song." The stars were then launched for a rendition of the beloved duet "Lost Inside of You."

Streisand teased the reunion on Instagram in April and sent a picture of the couple with the caption "It was so nice to see my friend Kris who stopped yesterday. Stay tuned …"

The star icon in the 1976 film, leading Esther Hoffman next to Kristofferson's John Norman Howard. She won an Oscar for Best Original Song – along with Paul Williams – for the love song "Evergreen" in the movie. The star also performed "Evergreen" during her concert in Hyde Park.

When asked if she had seen the full cut of the 2018 resume shortly before it was released, the actor told Billboard: "I haven't seen the full rock, but it's very good. Every time that movie is made , it is a success. I loved Judy Garland's version, I like this one and I liked mine. "The movie has been made four times, starting with the 1937 edition starring Janet Gaynor and Fredric March.

2018 "A Star Is Born" was one of the year's highest-selling movies and earned nearly $ 200 million in boxing office . The movie's hit "Shallow" also won the Academy Award for Best Original Song.