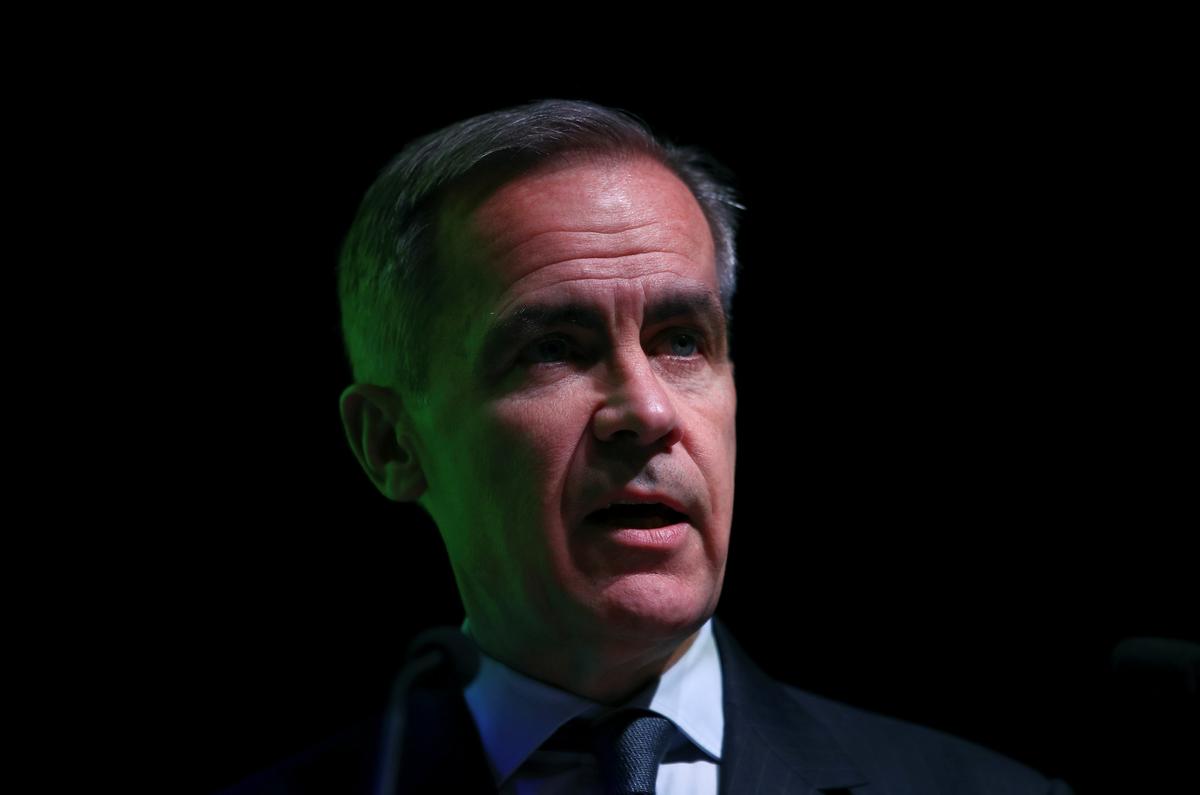 LONDON (Reuters) – Bank of England Governor Mark Carney warned on Tuesday of the potential shock to Britain's economy from Brexit which could serve as an "acid test" for countries around the world trying to respond to the challenges of globalization.

The United Kingdom is on course to leave the European Union on March 29 without a deal, unless Prime Minister Theresa May be able to amend the deal she agreed in November and then sell it to skeptical British lawmakers.

"We shouldn't be under any illusions," Carney said, answering audience questions after a speech at a Financial Times event. “A no-deal, no-transition Brexit would be an economic shock for this economy … and it would also send a signal globally about the prospects of refounding globalization.”

"In many respects, Brexit is the first test of a new global order and could test the acid whether it can be found to broaden the benefits of openness while enhancing democratic accountability, ”he said.

Carney said a successful Brexit deal could lead to a new form of international trade built on a better balance between local and supranational interests.

But a no-deal Brexit would hit living standards in Britain, at least in the short term, and a fall in the value of the pound would not solve the economy's problems as suggested by some Brexit supporters.

"That's part of the necessary adjustment mechanism but it's not a step to prosperity. It's a hit to income, ”Carney said.

Carney, a Canadian, has previously warned of the risks that Brexit poses to the United Kingdom, the world's fifth-largest economy, earning him the ire of some anti-EU campaigners.

"People are tired of Carney's gloomy, inaccurate, anti-Brexit predictions," said Richard Tice, co-chairman or campaign group Leave Means Leave. “Does he want us to fail so he is proven right? It's time he resigned and went home. ”By contrast, John McDonnell, the would-be finance minister of the main opposition Labor party, said Carney's remarks showed why the government should take a no-deal Brexit off the table.

Most of Carney's speech focused on the outlook for the global economy. He said growth was likely to stabilize at a new, slower pace, although China, trade wars and rising protectionism threatened the delicate equilibrium.

Britain could be seen as a "leading indicator" of a reversal of globalization and if uncertainty took hold elsewhere, it could undermine the global economy, Carney said.

Rising debt in China was also a significant and growing risk. But the most likely outcome was that the world economy would not slow much further, he said.

"While there are pockets of risk and global growth are still decelerating, the combination of the policy response and the state of the current imbalances in advanced economies suggest that global growth is more likely than not to stabilize eventually around its new, modest" trend, ”Carney said.

He also took a swipe at U.S. Pat. President Donald Trump who said trade was "good, and easy to win" last year. "Contrary to what you might have heard, it's not easy to win a trade war," Carney said.