Seven CEOs of the largest banks in the United States appeared before Congress on Wednesday, telling lawmakers that they have raised capital, are more diverse and are more resilient than they were before the financial crisis. (April 1

Two banks failed in October, the first to collapse since the start of the coronavirus pandemic.

Banking experts say they will not be the last.

At least 50 of the country’s more than 5,000 banks are considered troubled, according to Bauer Financial, a firm in Coral Gables, Florida that tracks the health of financial institutions.

This means that they have high levels of defaulted loans and not set aside enough capital to protect them if more of their loans go bad or if the economy gets worse.

The most troubled banks have high levels of bad loans and other assets compared to their total capital at hand, a measure known as a “Texas Ratio” and one of the most important indicators used by analysts to determine a bank’s long-term profitability. .

Not all of these banks will fail, experts say, and there is plenty of disagreement about how many will go under before the Covid-19-related crisis ends.

“I would say 10 or less,” says Christopher Marinac, bank analyst and research director at Janney Montgomery Scott LLC, a financial consulting firm in Atlanta. “And many of these banks will be small.” So it will be very different from 2008 to 2012 where almost 500 banks failed.

Problems with hotel and retail loans: As COVID-19 closes malls and hotels, their owners fall behind on loans, setting the stage for a changed landscape

Need for more stimulus: As the loan protection program is gone, thousands of restaurants risk closing again in the middle of COVID-19

But Jason Vanslette, a mortgage specialist and partner at law firm Kelley Kronenberg, is more pessimistic.

From vacant storefronts and office buildings to tenants’ inability to pay rent due to financial difficulties, he sees the pandemic taking a much bigger toll on the economy – one that will result in far more foreclosures, bankruptcies and bank failures than many believe.

“We are preparing for what may be close to a housing crisis in 2008,” said Vanslette. “And commercial loans, my God. There are huge amounts of commercial property defaults.” 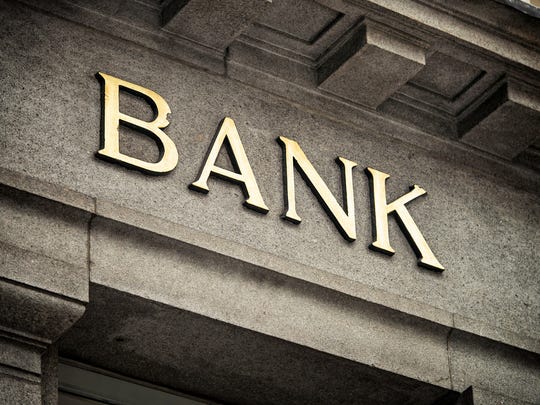 Hotel and retail loans are already doing poorly in record numbers, and office loans may be the next shoe to fall, Vanslette said. A lot of small businesses are still struggling, especially in areas of the country that are dependent on tourism or the oil and gas industry.

Besides being small, the two banks that failed in October have little in common.

First City Bank of Florida in Fort Walton Beach, with its $ 135 million assets, had struggled with problem loans since the last recession. Having to set aside extra capital for loan loss provisions to deal with Covid-related issues simply pushed it over the edge.

Almena State Bank with $ 70 million in assets was different. The Bank of Kansas was hit hard by bad agricultural loans granted over the past few years with falling commodity prices as a result of robust harvests and the trade war between the United States and China.

Of the 10 banks considered most troubled by Bauer Financial, six have similar stories as First City. They have been weighed down by loan problems for more than 10 years. 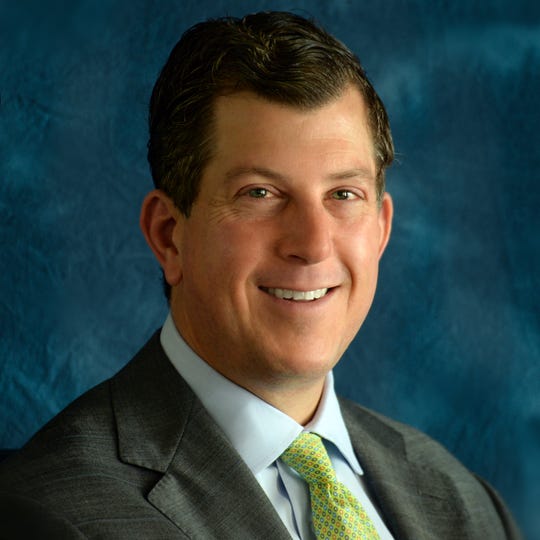 The other four are more similar to Almena – affected by the fluttering economy in farm states, where agricultural loan abuse hit an eight-year high in March and repayment rates continue to fall until this summer, according to the Federal Reserve of Kansas City.

Two of the most troubled banks were also outraged by fraud on the part of their CEO.

Mary Beyer Halsey, the former CEO of Cecil Bank in Elkton, Maryland, pleaded guilty in July to several federal charges, including bank fraud, in a property settlement that cost the bank about $ 145,000.

Halsey has been away from the bank since 2013, but she was sentenced to two years in prison earlier this month.

Meanwhile, it was only a year and a half ago that Aaron Johnson resigned from his position as CEO of Farmers Bank in Carnegie, Oklahoma, after being sued by three shareholders who claimed he fraudulently sold them $ 1.5 million. in bank balance that was already pledged as security to secure another loan.

Both Cecil Bank and Farmers Bank, which had the highest Texas ratios in the country at the end of June, are now under new management, and executives are confident they will make it through this stony period. 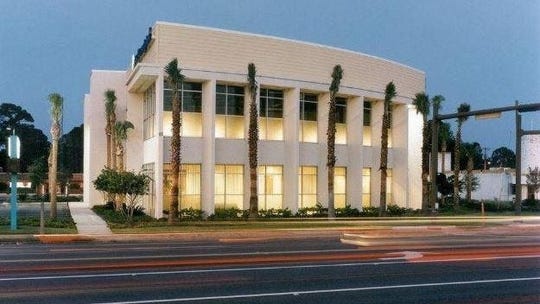 “We all have new shareholders and new capital,” said Clint Stone, the new CEO of Farmers Bank. But he declined to say how much the bank collected.

“It will be in our December call report,” Stone said, referring to the periodic financial health reports that banks must file with regulators.

Head of the bank since Halsey’s departure in late 2013, Spiro said she struggled long and hard to free Cecil Bank from problem loans built during the property boom of the mid-2000s. And while Cecil Bank’s Texas Ratio may look high at around 180%, Spiro said it’s much lower now than it was in 2017 before a $ 30 million capital infusion.

“Just before we got that money, our Texas ratio was 998%,” Spiro said. “Working in a bank in that situation is like being a doctor in an emergency room and making sure your patient does not die on the table.”

Spiro acknowledged that Covid has put additional stress on community banks. That’s because they’re not as different as big banks, she said. They are more dependent on commercial real estate and loans to small businesses, which have been hit hard by the crisis.

Spiro added that banks have no problem getting deposits, but there are not many profitable places to invest these deposits at the moment, bonds and securities do not pay much interest and the demand for loans is minimal.

But Cecil Bank still has real estate, which it has sold at a profit, and its Texas Ratio is moving in the right direction.

“It’s the lowest it’s been since I’ve been here,” Spiro said. 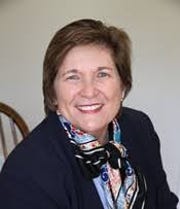 Other bankers, whose institutions are at the top of Bauer’s troubled list, also expressed optimism about difficult times.

Evelyn Smalls, president and CEO of United Bank of Philadelphia, said new capital in the third quarter has enabled her bank to reduce its Texas Ratio from 125% to 74%.

The bank was founded in 1992 and is one of dozens of black-owned financial institutions in the country. It is focused on providing business loans in the inner city and has often received capital contributions from local government, including $ 3.5 million from the city of Philadelphia and $ 1.5 million from the Philadelphia Industrial Development Corp. in May 2019.

Smalls said loans to day care have been a particularly delicious place in terms of pandemic lending, as health care and other key staff have been desperate for a safe place for their children. 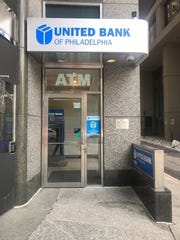 “We feel we can handle the storm,” Smalls said.

His Lagrange, Georgia, bank had the third largest Texas Ratio in the country in late June. But Stump said there are plans to sell his holding company’s Alabama bank and raise $ 7 million in new capital – moves that increase Tier 1 capital to nearly $ 16 million.

“After more than 10 years of defensive play (settling bad loans and selling real estate), we are back on the offensive again,” Stump said.

As for Covid, Slump said he has not seen a big increase in bad loans and that the economy in his area of ​​Georgia is still pretty strong.

At Nantahala Bank & Trust in Franklin, North Carolina, CEO Tim Hubbs said the Covid pandemic had actually benefited his bank, which has suffered under a hangover of bad loans since the Great Recession.

Located in the mountains near Asheville, Franklin has attracted an influx of people who want to migrate permanently from major cities and tourists just looking for a break.

“People who have bought property and our pipeline for new loans have grown,” Hubbs said. “We do not have enough housing and we have sold much of our outstanding real estate.”

Matt Anderson, CEO of Trepp LLC, which tracks commercial real estate markets, said the ultimate number of bank failures will depend on whether the economy continues to recover. 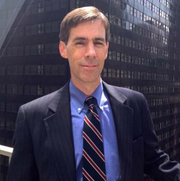 A good sign, he said, is that banks did not allocate as much money in their reserves for loan losses in the third quarter as they did in the first two quarters of the year, meaning they see lending problems as manageable.

But Anderson said another indicator of how well banks are doing is coming at the end of the fourth quarter. This is because the CARES Act allowed banks to defer the classification of loans as overdue for 180 days and that 180 days is up in the fourth quarter.

The office sector is another mystery, Anderson said. It is unclear how many office space owners default on loans if and when tenants decide not to renew leases.

“There’s a lot of room for subletting being marketed,” Anderson said. “For landlords, it’s the worst thing that gets laid out because people who rent out space are just trying to reduce their losses. They’re not trying to make money. So it’s having a depressing effect on the rent.”

Then there are small businesses.

The government is launching an investigation into 115,000 Tesla vehicles over suspension

Save on LEGO, Nerf, Barbie & More