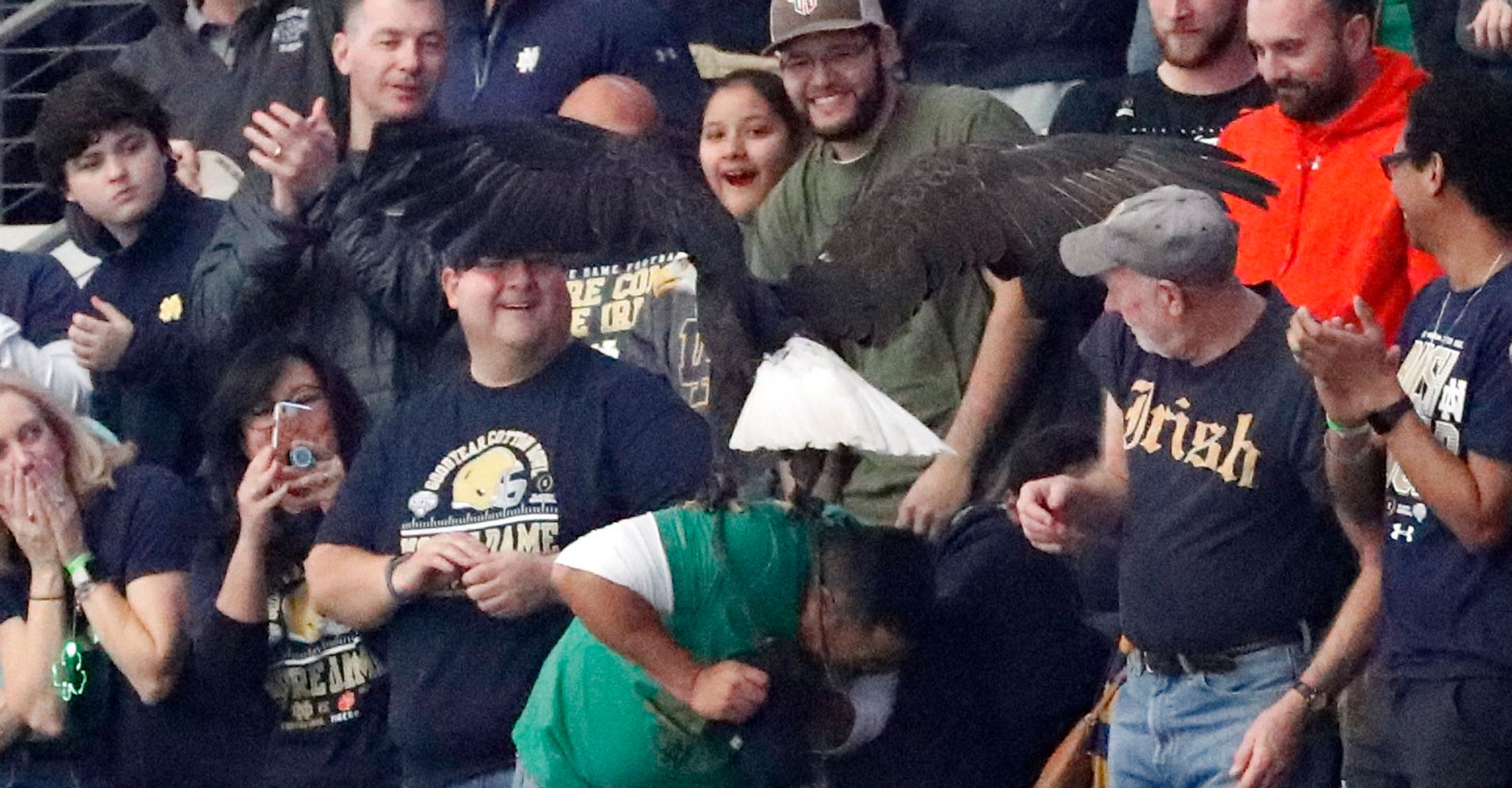 An American bald eagle flying around a Texas stadium as part of a national anthem stunt must have needed a breathing space because he suddenly landed on an anesthetized tab shoulder saying he was "afraid of demanding".

Arlington semi-final between Notre Dame Fighting Irish and Clemson Tigers on Saturday was beginning when Clark's eagle flew around the stadium during the song of the anthem. The bird was supposed to land close to its handler, but instead found another human perch. That the football fan fought like other snapshots in the audience:

The eagle landed okay. On a Notre Dame fan. pic.twitter.com/6koNTfitvm

Notre Dame fan Tuyen Nguyen, who lives in South Bend, Indiana, then extended his arm to another perch option and Clark tried it.

"I thought the bird had to be very tired. So I put my hand out to see what's going on. And it landed on me. It was very interesting. I was very excited. It was great I could Don't even believe it, "he told Sports Illustrated.

Although no one was harmed by the eagle, Nguyen later said that he still had "goosebumps."

Twitter users could not help sending a couple of other exciting eagle scenes as the time Challenger eagle landed on the back of Canadian lefty pitcher James Paxton of Seattle Mariners just before a spring game against the Minnesota Twins in Minneapolis. Paxton was not hurt in the meeting.

earlier this year. An eagle landed on our Canadian, J. Paxton, under @Mariners game ♥ ️ I think this gave him US citizenship pic.twitter.com/5ceBiqbiTR

That's right. If they choose you, you are automatically a citizen.

This is @Twins Territory and the bald eagle knew it. pic.twitter.com/J8q7BDVI47

Talk about a wingman 🦅

Eagles who are cool pic.twitter.com/PDAjeQgxwx