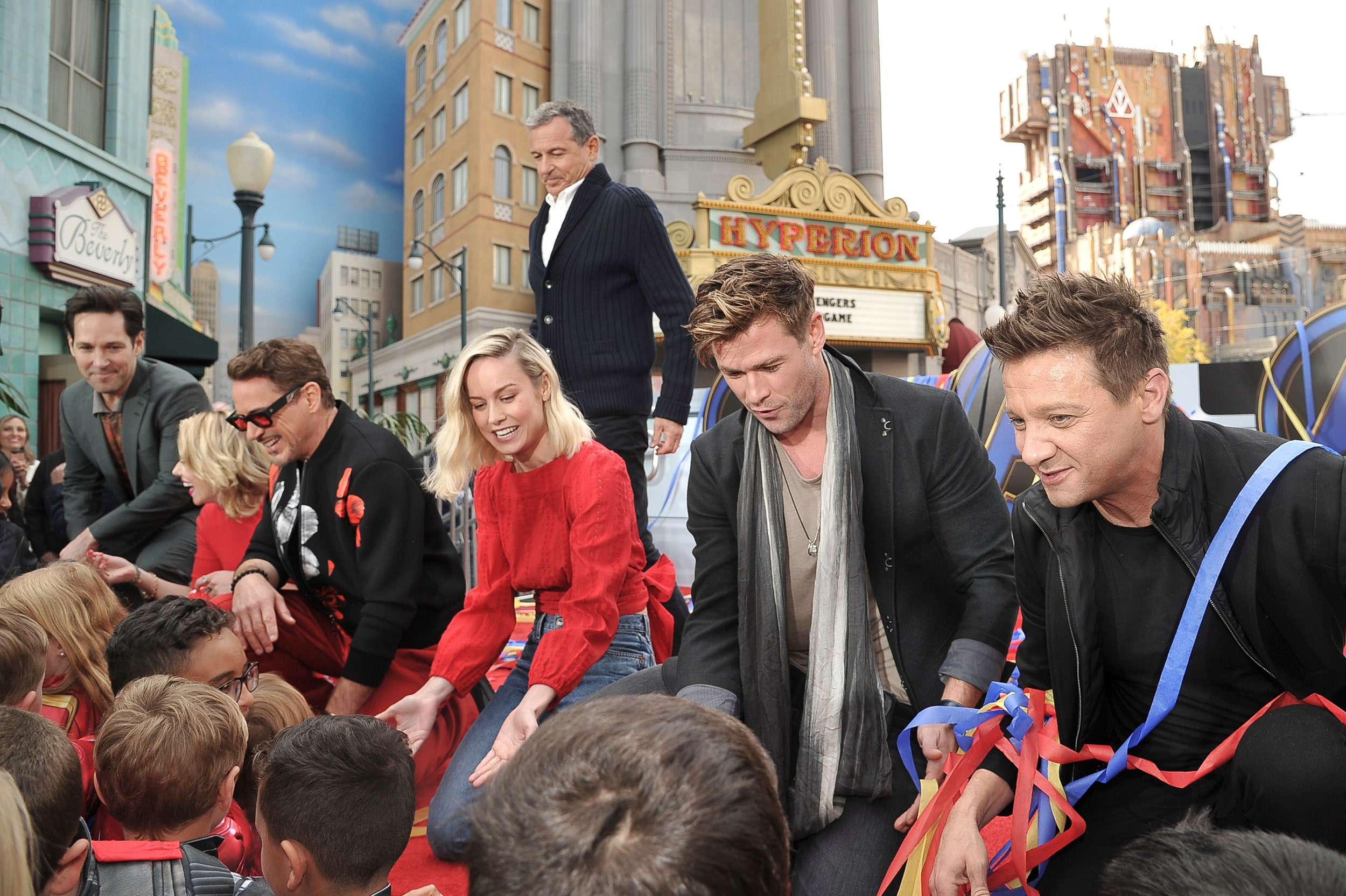 Stars of the upcoming blockbuster movie "Avengers: Endgame" joined forces on Friday to do some good off-screen, standing together to support the reveal of a multimillion-dollar donation to help sick children

The crew came together at Disney Resort in Anaheim, Calif., to present the contribution of toys and $ 5 million ̵

1; donations that will go to children's hospitals and charities, according to The Associated Press

The actors behind the team of superheroes were photographed at the event with Iger.
(Richard Shotwell / Invision / AP)

Toys and products from the highly anticipated Marvel movie will be distributed to children's hospitals across the nation and Give Kids the World, a nonprofit resort in central Florida.

Disney donated $ 1 million to the Starlight Children's Foundation, which brings entertainment and education to children facing life-threatening conditions in several countries, including the US and the UK The LEGO Group, Hasbro, Funko and Amazon have donated more than $ 4 million to children's hospitals.

The actors behind the mighty superheroes were photographed at the event with Disney CEO Robert Iger. They also shared snapshots from their day on Twitter.

"More than any time, it's time to give back to these courageous kids who inspire us," Downey Jr. said

Some of the actors also paid a trip to the LEGO store in downtown Disney, where they got to hang with kids from the local Boys & Girls Clubs.