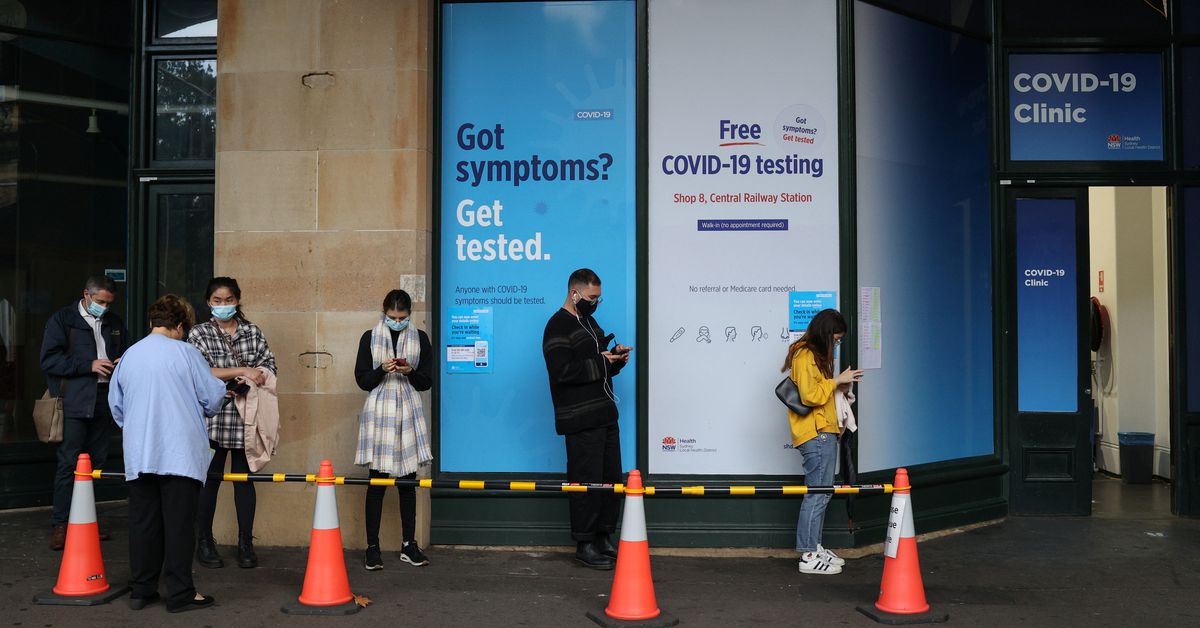 People wait in line at a coronavirus (COVID-19) test clinic in the city center after reporting new cases in Sydney, Australia, May 6, 2021. REUTERS / Loren Elliott

Australia’s most populous state did not register any new COVID-19 infections for the third day in a row on Sunday, but extended the social distancing and masking rules by a week as authorities hunted down the source of a small outbreak.

After a Sydney couple tested positive for coronavirus last week and ended a long term without community transmission, authorities reintroduced some social distancing measures until May 10 and a campaign to get more people tested as they encrypted to determine the source of infection.

On Sunday, authorities reported a third day in a row without a new case, easing concerns about a wider outbreak in the city, but citing the mysterious cause of infection as a reason to extend the measures.

“As the ‘missing link’ issue has not been identified, we are eager to prevent a super-spreading event,” New South Wales Prime Minister Gladys Berejiklian said in a tweet.

“All security measures / restrictions will be in place for an additional week except for retail customers who no longer have to wear a mask.”

This means that the more than five million people living in and around Sydney will have to wear masks on public transport and in most public places, while households are limited to 20 guests at a time until 17 May.

Australia has largely eliminated the virus by 79 days in 2021 without a locally acquired case, according to the government, as a result of a strategy to close international and domestic borders as well as social distance measures.

As the country awaits vaccination shipments and sees infection increases in other countries, top lawmakers have said borders are now likely to reopen in 2022, not 2021 as previously planned.

In an interview with News Corp. newspapers published Sunday, Prime Minister Scott Morrison said it was unlikely Australia would soon reopen its borders, although he did not offer a timeline.

“I do not see an appetite for it at the moment,” he said, referring to the reopening of the border.

“What we are seeing at the moment is people’s appreciation that the pandemic is not going anywhere. We need to be careful not to exchange that way of life for what everyone else has.”