Australians fear attacks from China almost as much as Taiwanese do, the study finds China 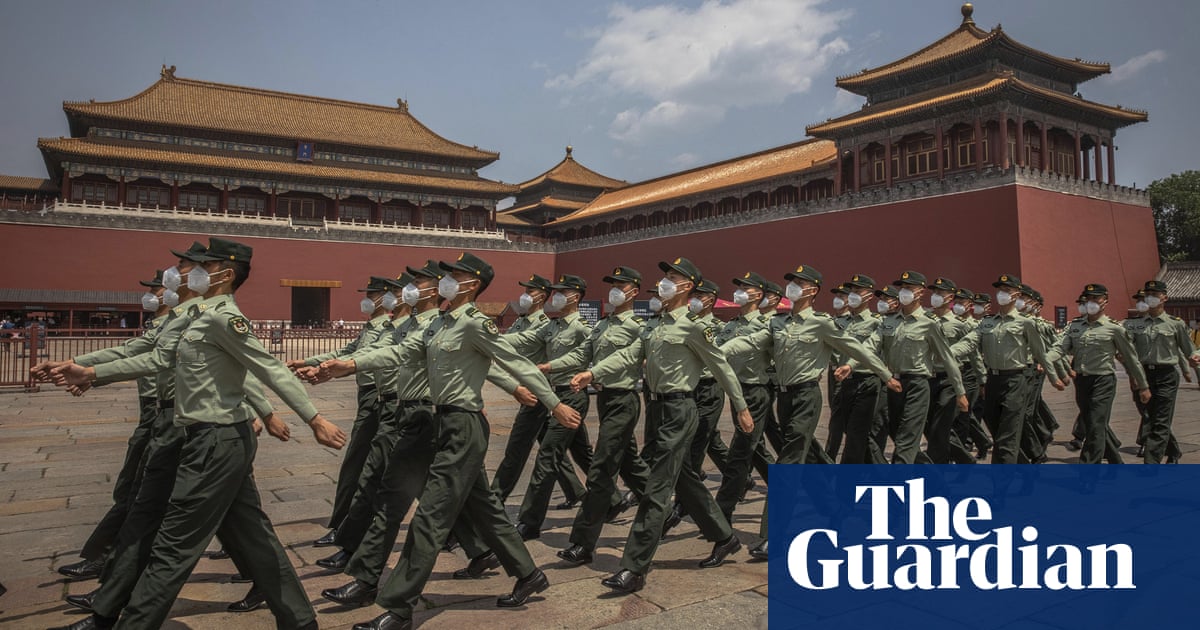 More than four in 10 Australians are worried that China could attack Australia, according to a new poll expressing a level of fear that is almost as high as among Taiwan’s population.

The Australia Institute, a progressive thin tank that ordered polls in both Australia and Taiwan, said the “astonishing” findings could be partly explained by some government figures in Canberra “beating the drums of war”

When the 603 people participating in Australia were asked if they thought China would launch an armed attack on Australia, 6% said soon, and 36% said some time – a total of 42%.

When a similar question was asked to the 606 respondents in Taiwan – whether they thought China would launch an armed attack on Taiwan – 4% said soon and 47% said some time – or a total of 51% of the sample.

The proportion of respondents who said “never” was 24% among Australians and 14% among Taiwanese, while the others said they were unsure or did not know it.

Allan Behm, head of the international program for security and affairs at the Australia Institute, said there was no doubt that China’s recent actions and anti-China rhetoric in Australia had created fear and insecurity in the Australian community.

“Given the historical and geographical differences between Australia and Taiwan, it is astonishing that Australians could be more afraid than Taiwan of predicting an attack from China,” said Behm, a former defense and former adviser to Labor figures Greg Combet and Penny Wong. .

“For the Taiwanese, the potential war and its consequences are very real, while Australians – and those who ‘beat the war drums’, may not fully understand what a war with China would entail.”

Australia’s national interests were “not served by calls for war,” Behm said.

Defense Secretary Peter Dutton said in April that the risk of conflict over Taiwan could not be “discounted”. Around the same time, Secretary of the Interior Michael Pezzullo said that “free nations” again heard “the beating drums” against conflict and had to support “the war curse”.

The Australians were also asked if they thought China would launch an armed attack on Taiwan, with 13% saying soon and 36% some time or a total of 49%.

And on the question of whether Australia should send its defense forces to Taiwan to fight for their freedom “if China incorporated Taiwan”, 38% agreed and 29% disagreed and 34% did not know or were unsure.

The Chinese Communist Party (CCP) considers Taiwan a province of China despite the fact that the party has never ruled the island and has promised to take it by force if necessary.

Last week, marking the CCP’s centenary, Chinese President Xi Jinping said the resolution of the Taiwan issue was an “unwavering commitment” and promised to take “decisive action to completely defeat any attempt at ‘Taiwan’s independence. ‘”.

Melissa Conley Tyler, a research assistant at the Asia Institute at the University of Melbourne and co-author of the poll report, said she was “amazed that a similar number of Australians believe China will launch an armed attack on Australia as in Taiwan”.

“It is doubtful that any military planner in the world agrees with this assessment, which raises the question of what smokes this fear,” she said.

Conley Tyler, who is in Taiwan as a guest force funded by a Taiwanese Ministry of Foreign Affairs, questioned whether Taiwan could rely on Australia in a crisis.

“With these numbers, I would advise Taiwanese not to be safe,” she said.

Some commentators in Australia and elsewhere have argued that politicians who played the prospect of war over Taiwan could inadvertently serve China’s goals.

But Dutton has previously defended his comment on the risk of war over Taiwan, saying it was “more important than ever that we have an honest and nuanced discussion with the Australian people about the threats we face”.

In June, Dutton argued that leaders “can not just try to fence in Australians from complex and difficult issues”. He described the region as “far more complex and far less predictable than at any time since World War II”.

The Australia Institute conducted its poll between 11 and 27 June using nationally representative samples by gender and region. The margin of error for the national results – performed online through Dynata poll – is 4%.