Australian surfer Stephanie Gilmore goes to No. 1 with the WSL Bali win 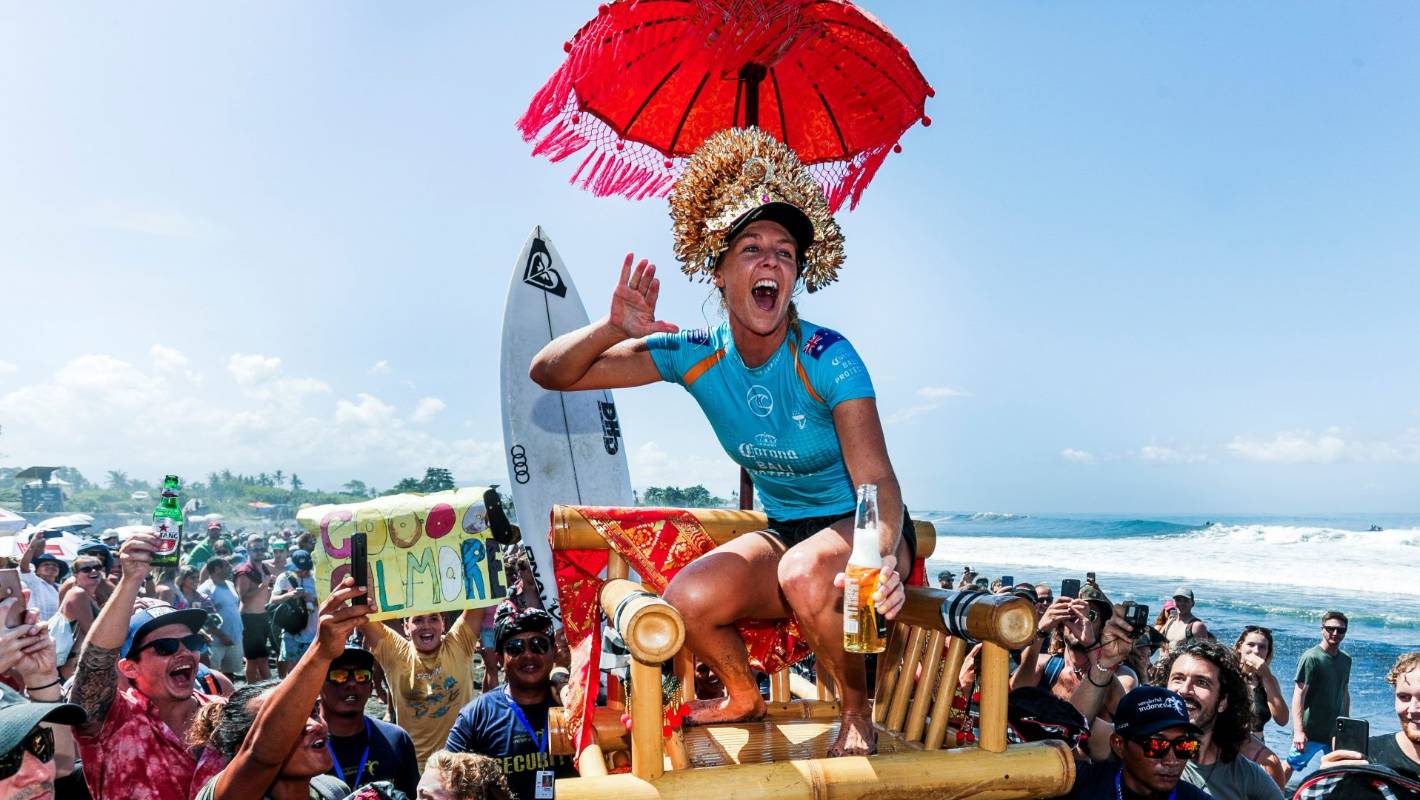 Stephanie Gilmore celebrates after winning the World Surf League event at Keramas in Bali on Saturday.

0 on the way to victory at the World Surf League event in Bali.

The seven-time world champion exclaimed an exclamation mark on her performance in Keramas on Saturday and scored one at. 10.00 with less than two minutes left in the final against compatriot Sally Fitzgibbons.

Victory means Gilmore, who was beaten in the quarter inals on the Gold Coast and Bells Beach, moving from fifth on the rankings to No. 1 on the way to next month's Margaret River Pro.

It's the 12th time in 18 heats between her and Fitzgibbons, that Gilmore has come victorious, including four tournament final final victories.

Gilmore was already on her way to victory when she left on her last wave.

A good wave turned into a perfect one as Gilmore came deep in a barrel to the fans on the beach and left Fitzgibbons in the spotlight.

Fitzgibbons moves to fifth on the rankings after reaching his first finals since 2017 Margaret River Pro.

In men's competition, Kanoa Igarashi made history of becomin the first Japanese surfer to win a world round event.

After stopping the US legendary Kelly Slater's race in semis, Igarashi was too strong for France's Jeremy Flores in the final.

Australian couple Wade Carmichael and Adrian Buchan both fell in the quarterfinals earlier on Saturday.