Auschwitz Survivor, who fought racism with music, dies at 96: NPR 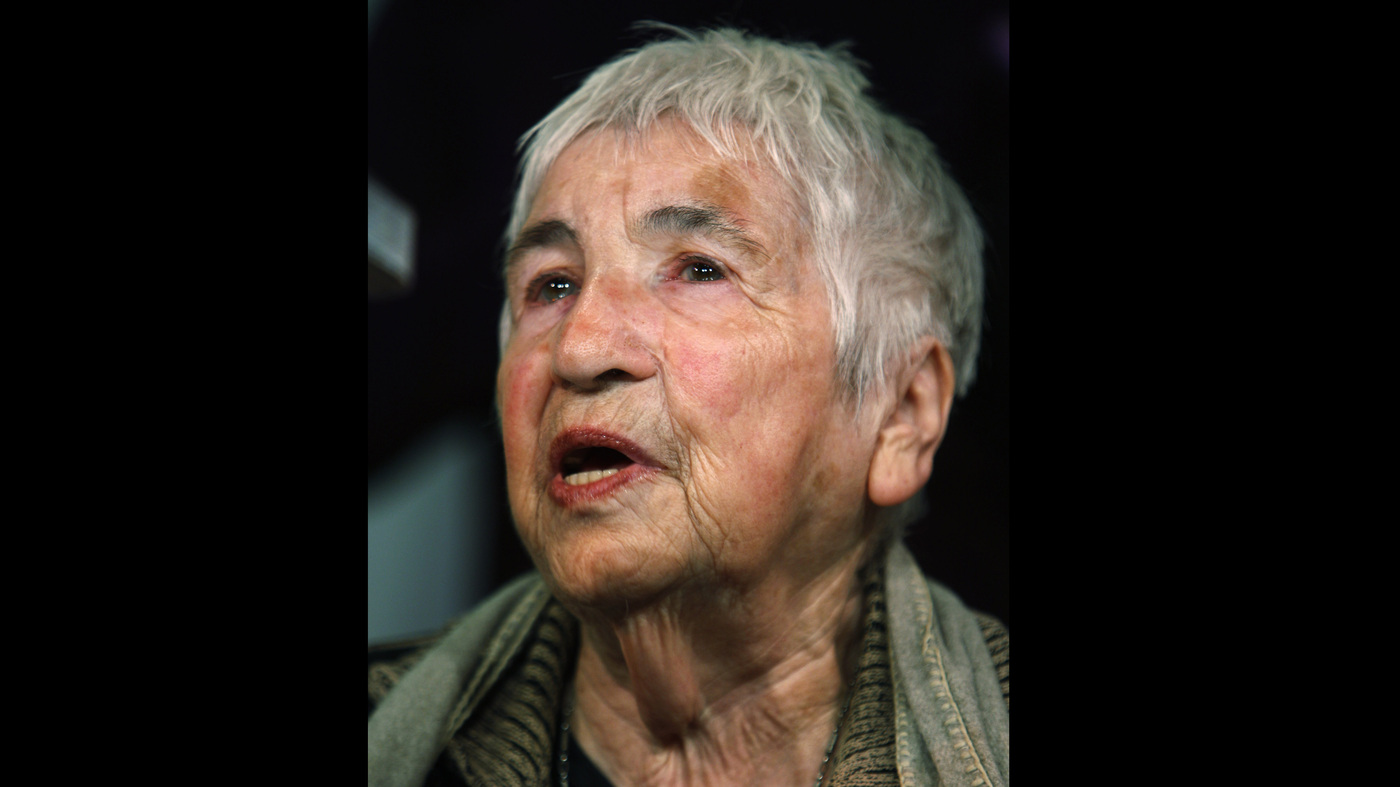 Esther Bejarano, who survived the former Nazi concentration camp Auschwitz, performs a hip-hop song during an Auschwitz committee event to celebrate the liberation of Auschwitz in 2010 in Hamburg, Germany.

Esther Bejarano, who survived the former Nazi concentration camp Auschwitz, performs a hip-hop song during an Auschwitz committee event to celebrate the liberation of Auschwitz in 2010 in Hamburg, Germany.

BERLIN – Esther Bejarano, a survivor of the Auschwitz death camp who used the power of music to fight anti-Semitism and racism in post-war Germany, has died at the age of 96.

Bejarano died peacefully early on Saturday at the Jewish hospital in Hamburg, quoted the German news agency dpa Helga Obens, board member of the Auschwitz committee in Germany. A cause of death was not given.

German Foreign Minister Heiko Maas praised Bejarano, calling her “an important voice in the fight against racism and anti-Semitism.”

Born in 1924 as the daughter of Jewish cantor Rudolf Loewy in French-occupied Saarlouis, the family later moved to Saarbruecken, where Bejarano enjoyed a musical and protected upbringing until the Nazis came to power and the city was returned to Germany in 1935.

Her parents and sister Ruth were eventually deported and killed, while Bejarano had to perform forced labor before being sent to Auschwitz-Birkenau in 1943. There she volunteered to join the girls’ orchestra and played the accordion every time she got drunk by Jews. from all over Europe arrived.

Bejarano would later say that music helped keep her alive in the infamous German Nazi death camp in occupied Poland and in the years after the Holocaust.

“We played with tears in our eyes,” she recalled in a 2010 interview with The Associated Press. “The newcomers came waving and welcoming us, but we knew they would be taken directly to the gas chambers.”

Because her grandmother had been a Christian, Bejarano was later transferred to the Ravensbrueck concentration camp and survived a death march at the end of the war.

In a memoir, Bejarano recalled her rescue of U.S. troops giving her an accordion as she played the day U.S. soldiers and concentration camp survivors danced around a fiery portrait of Adolf Hitler to celebrate the Allied victory over the Nazis.

Bejarano emigrated to Israel after the war and married Nissim Bejarano. The couple had two children, Edna and Joram, before returning to Germany in 1960. After once again encountering open anti-Semitism, Bejarano decided to become politically active and co-founded the Auschwitz Committee in 1986 to provide survivors with a platform for their stories.

She went with her children to play Jewish tunes and Jewish resistance songs in a Hamburg-based band, which they called coincidence, and also with the hip-hop group Microphone Mafia to spread an anti-racism message to German youth.

“We all love music and share a common goal: We fight racism and discrimination,” she told the AP about her collaboration across cultures and generations.

Bejarano received numerous awards, including Germany’s Order of Merit, for her activism against what she called the “old and new Nazis,” quoting Holocaust survivor Primo Levi’s warning that “it happened, therefore it can happen again.”

Addressing young people inside and outside Germany, Bejarano would say, “You are not guilty of what happened then. But you will be guilty if you refuse to listen to what happened.”

Nor did she avoid criticizing today’s German officials, as when the tax authorities annulled the charity status of the country’s largest anti-fascist organization. The decision was later reversed.

In a letter of condolence to her children, German President Frank-Walter Steinmeier wrote that Bejarano had “experienced first-hand what it means to be discriminated against, persecuted and tortured” and praised her educational work.

“We have suffered a great loss in her death,” he added. “She will always have a place in our hearts.”