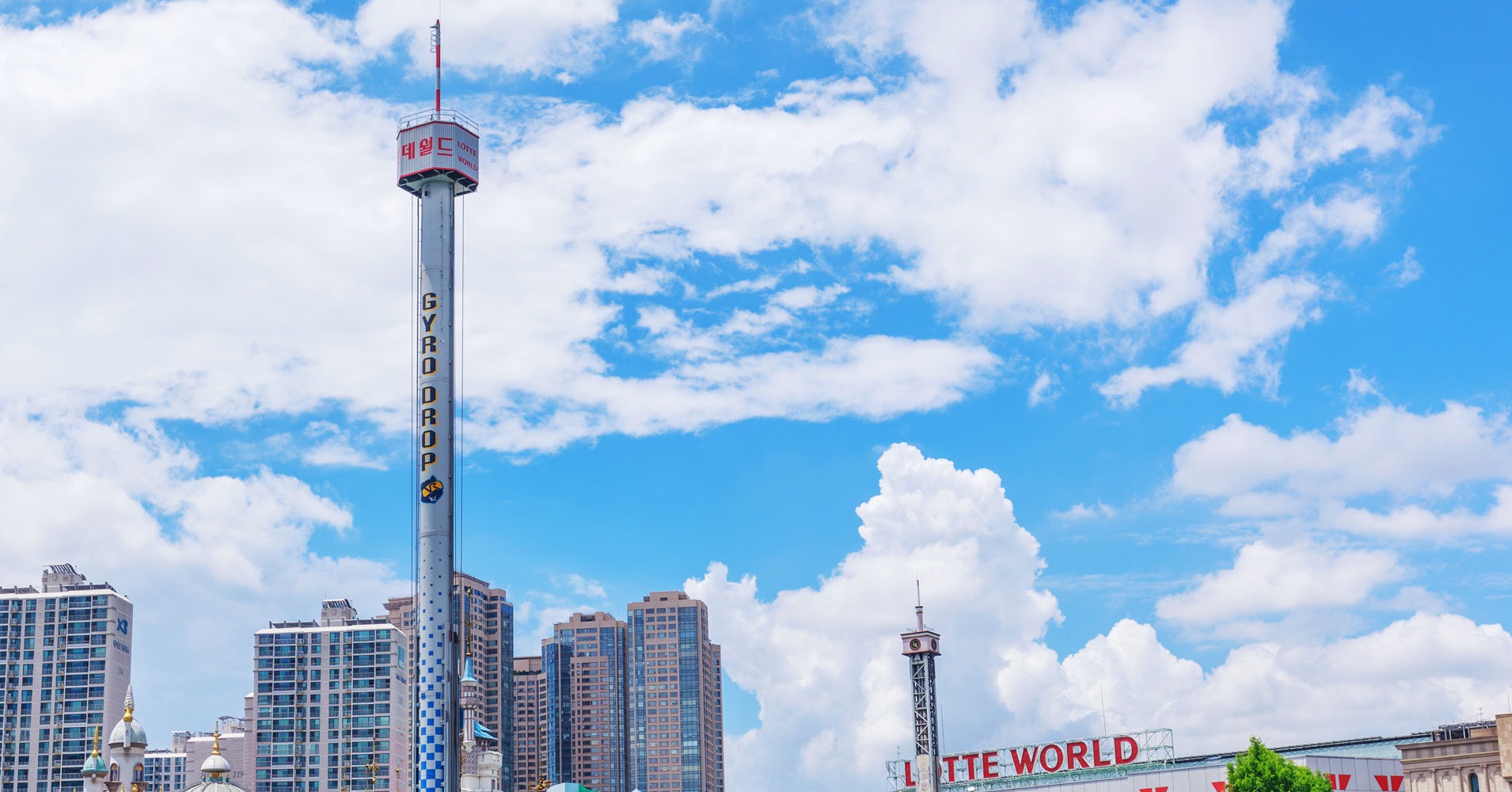 When this very popular video video made the rounds of social media, the average comment was like this:

WHAT! That amusement park is CRAZY! I would never ride it.

Don't worry. The video is fake. It's a smart fake, but it's actually fake. Yes, there is a real trip called Gyro Drop, but it doesn't do the crazy stuff. But just because a trip is fake doesn't mean we can't analyze it. So what does it feel like riding this fake trip?

I'll start with a video analysis to get the position vs. time data for people on this trip (I assume they would also be false people). The idea is to look at the location of an object in each frame of the video. It can be a bit boring, but I use this amazing (and free) software Tracker Video Analysis. Oh, I need to know the size of something in the video. It seems that the true Gyro Drop is 70 meters high. It will at least give me a rough approach to my analysis.

There are three parts of this crazy trip I want to look at. The first part has the seats, which all move up the tower, and then individuals fall onto a wire. Here is the movement of just one of these people during this part of the trip.

It is actually strange (and of course false) that as soon as humans are released from the platform, they begin to move down. If the platform moved up (it was at a speed of about 11 meters per second) then humans should still move up as they "fall". Anyway, I measure the acceleration with a waveform anyway. This squares that part of the movement with a downward acceleration of about 47 meters per second. By comparison, the acceleration of a lost object would be 9.8 m / s

‘Terror crocodiles’ as big as a city bus snacked on dinosaurs with their banana size: examine