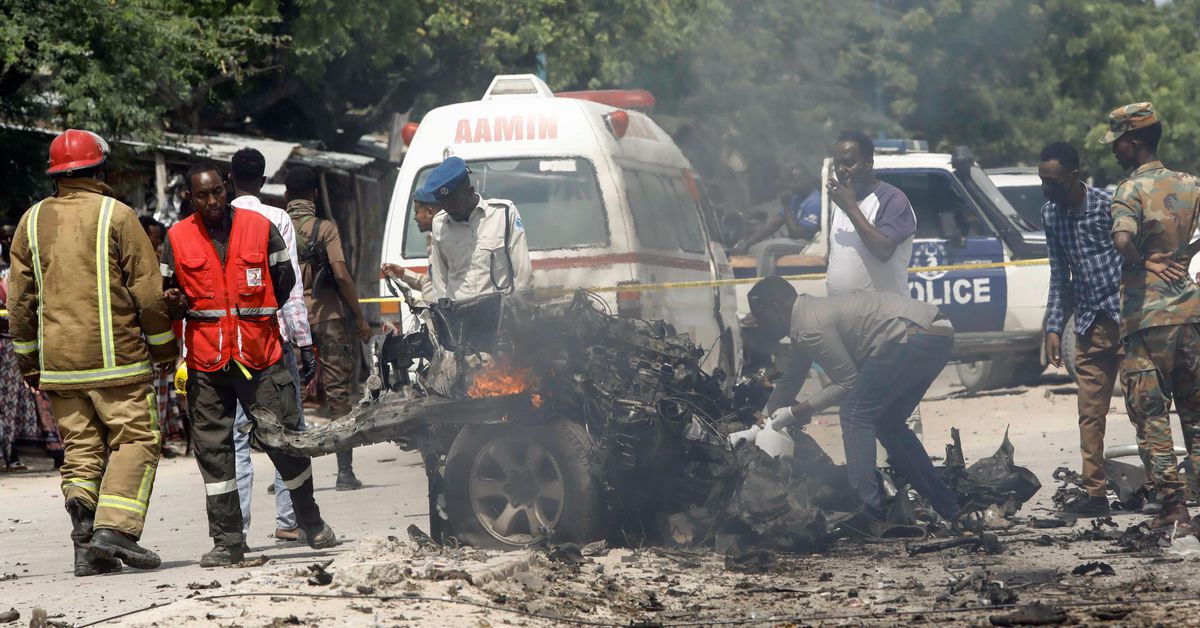 MOGADISHU, July 10 (Reuters) – A suicide bomber aimed at a government convoy exploded at a busy intersection in Somalia’s capital on Saturday, killing at least eight people, an eyewitness told Reuters.

Abdiasis Abu Musab, spokesman for military operations for the al-Qaeda-linked militant group al-Shabaab, told Reuters it was responsible for Saturday̵

7;s attack. The group, which wants to overthrow the government and impose its strict interpretation of Islamic Sharia law, often carries out such bombings.

Rescuers, security and paramedics are seen at the scene of a car explosion near Banadir Hospital in Mogadishu, Somalia July 10, 2021. REUTERS / Feisal Omar

“I have seen eight bodies at the scene including a woman,” Hassan Sayid Ali, a driver of a tricycle with a motor vehicle, told Reuters at the scene of the explosion at the Banadir junction in Mogadishu.