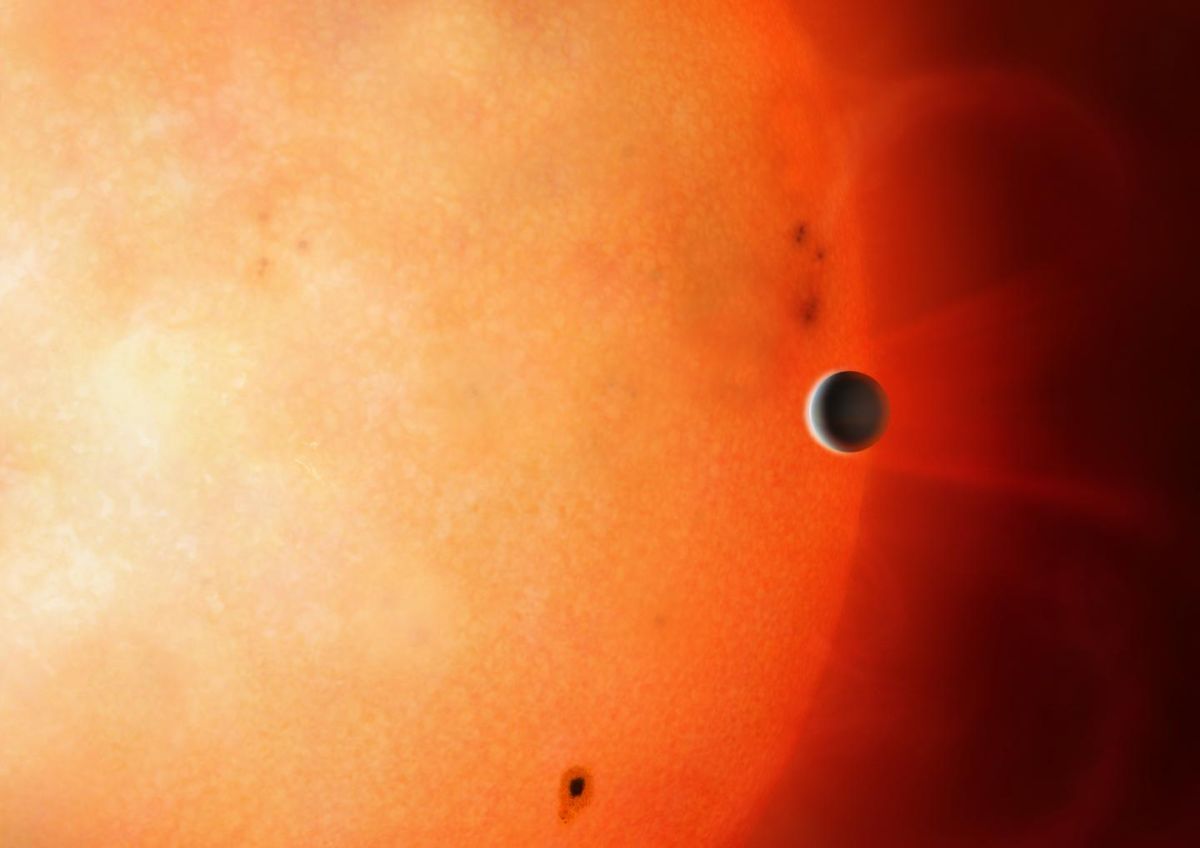 Astronomers have used a desert-based observatory to identify an exoplanet that falls into the middle of what scientists had dubbed the Neptunian Desert. there seemed to be an absence of Neptune-size planets that orbit their star in less than four days. The newly discovered planet is known as NGTS-4b but nicknamed "The Forbidden Planet" for its supposed implausibility.

"This planet must be tough – it is right in the zone where we expected Neptune-sized planets could not survive. "lead author Richard West, an astronomer at the University of Warwick in the UK, said in a statement . "It is truly remarkable that we found a transiting planet through a star at less than 0.2% ̵

1; this has never been done before by telescopes on the ground."

The "Forbidden Planet" orbits a star called NGTS-4, which is located about 920 light-years away from Earth. The planet seems to circle its star every 1.3 Earth-days, and it's about 20 times the mass and 3 times the radius of Earth. It also seems to have retained atmosphere which particularly surprised the researchers since being close to its star would be difficult for the planet to cling to gas.

The researchers believe that the planet may exist despite its location because it formed elsewhere and migrated into the Neptune Desert zone within the last million years or so.

The planet was first spotted in data gathered by the Next-Generation Transit Survey telescope, located in the mountains of the Atacama Desert of Chile . The team used a range of other telescopes to conduct follow-up observations that made them more confident in the detection and characterization of NGTS-4b.

And they hope to build on the new research to find the "Forbidden Planet" some company . "We are now scouring out data to see if we can see any more planets in the Neptune Desert," West said in the statement. "Perhaps the desert is greener than was once thought."

The research is described in a paper published April 20 in the journal the Monthly Notices of the Royal Astronomical Society.