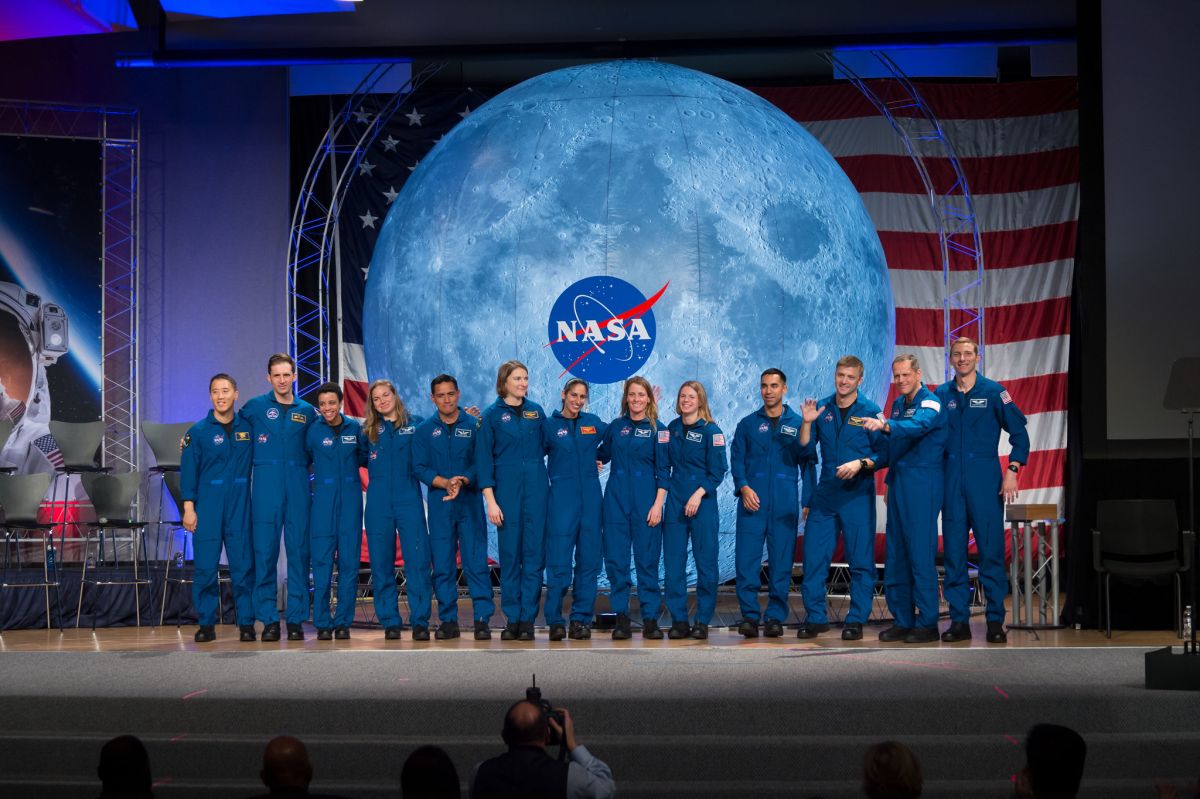 Being an astronaut in the 2020s will be completely different than it was for any astronaut who came before, a panel of astronauts told the Virtual International Astronautical Congress on Wednesday (October 14).

The space environment is changing rapidly due to several different factors. The International Space Station (ISS) is pushing harder into commercialization and will soon welcome more and larger space agency crews on commercial crew vehicles while bringing in a few private astronauts.

Meanwhile, NASA and its international partners are preparing for the next phase of human space missions after the ISS, which they hope will include lunar landings in 2024 and possible astronaut missions to Mars. Also in the next few years, private companies like Virgin Galactic hope to send paying astronauts on suborbital flights in an effort to open space for more people in addition to professional astronauts.

Related: How commercialization of the International Space Station can help astronauts get to the moon and Mars

All of this is a completely different environment than when ISS housed the first long-duration crew in October 2000, which was 20 years ago this month. The demands of astronauts change rapidly and evolve as science advances, even between missions, said former NASA astronaut Cady Coleman.

“It was very exciting to watch [NASA astronaut] Kate Rubins’ launch with her Russian crew eight hours ago, “Coleman said, referring to the launch of Expedition 64 earlier Wednesday (October 14) from Baikonur, Kazakhstan towards the International Space Station.

Rubins is best known for being the first astronaut to sequence DNA in space, and she will push science even further since her last outing in 2016. Coleman said during Rubins’ last mission, Rubins grew heart muscle cells and one could see cells that strikes under a microscope. In this mission, Rubins and the research team on Earth will grow small pieces of tissue with line meters to see what happens to the heart muscle when it is in space, Coleman added.

“It makes me think about what really happened in 20 years on the space station in science,” said Coleman, who flew two space shuttle missions and the long duration of the Expedition 27 mission. On one of her shuttle missions, STS-73, she said it was “a preparation for how we [were] will do scientific experiments on that space station. How would the scientist view their data? What is practical? What is not practical? What can astronauts do? What can researchers do? I am very proud of that work. “

It is not only science that has changed; it is also the skill of the astronauts. The first generation of astronauts testing orbital missions and lunar landings in the 1960s were largely taken from military test pilots, while scientist astronauts began participating in Apollo, Skylab, and space shuttle missions in the 1970s and 1980s. Since then, we have mostly seen scientists and military-trained astronauts in space, though the requirements continued to change over the decades.

Two-time space pilot from the European Space Agency Pedro Duque, who visited the ISS in 1998 and 2003, said that during his busy years training as an astronaut, he had a hard time imagining being anywhere else. But in 2018, he became Minister of Science, Innovation and Universities for the Spanish government, saying his astronaut skills still help him every day in this position.

“I think you know working as an astronaut teacher, and it’s useful for a lot of things in life,” he said. “You learn to work with very intelligent people and let them do their jobs while you do yours. You understand how you can be in a position that people listen to you, but then you learn how to use this wisely – or No. And [you] try to lead by good example and by conviction, and it’s something I’ve tried to use all my life, in all the positions that have been. “

NASA astronaut Ricky Arnold flew a space shuttle mission and the long-running Expedition 55 mission in 2009 and 2018, respectively. It was an era in which science, technology, engineering and math (STEM) education became particularly important as astronauts learned more. generic “expedition behavior” for long-term missions, he said, rather than focusing on a few small specific skills.

The recent shift in astronaut training, he added, is preparing for the launch of new spacecraft – including SpaceX’s Crew Dragon, Boeing’s Starliner and NASA’s Orion spacecraft. This will add the Russian Soyuz spacecraft, which is currently ferrying astronauts to space. “There’s the potential for four different vehicles that you have to figure out how to fly,” Arnold said, “and it’s going to be interesting to see what the training team does with the next class of astronauts that come on.”

The skill set will change further when private astronauts board the ISS or work on other spacecraft, said Michael López-Alegría, who flew three space missions and the long-running expedition 14 in the 1990s and 2000s.

López-Alegría previously flew with astronaut Anousheh Ansari and said he was impressed with her skill in blogging, a new idea when they went into space together on a Soyuz in 2006. More new ideas will come when different types of people do it to space, he added.

“We are entering a new realm where you do not have to be a professional astronaut to fly into space; it is a period of democratization of this access,” said López-Alegría. “It’s very difficult right now because the seats are few. And as a result, they’s pretty expensive to go. But I’m pretty sure those prices will fall, just like [for aviation] in the 1920s and 1930s. Commercial aviation was only something that could be achieved by the very, very wealthy. “

While López-Alegría is retired from NASA, he returns to the space station in a different format. He joined Axiom Space as Director of Business Development in 2017 and worked with a company building a private module for the space station, as it dreams of creating independent space stations in the near future. According to Space.com partner collectSPACE, López-Alegría will return to the ISS on an Axiom Crew Dragon mission in 2021.

However, when asked who else would be on that mission during the panel discussion, López-Alegría said he “can not really confirm or deny what is happening.” But he said Axiom plans to fly a private mission in the fourth quarter of 2021, provided the company approves its contracts. “Until this point, we are not ready to discuss who the other crew members will be. But I can tell you that it will be the first public-private commercial mission,” he added.

How human genome sequencing went from $ 1 billion per Pop to under $ 1,000