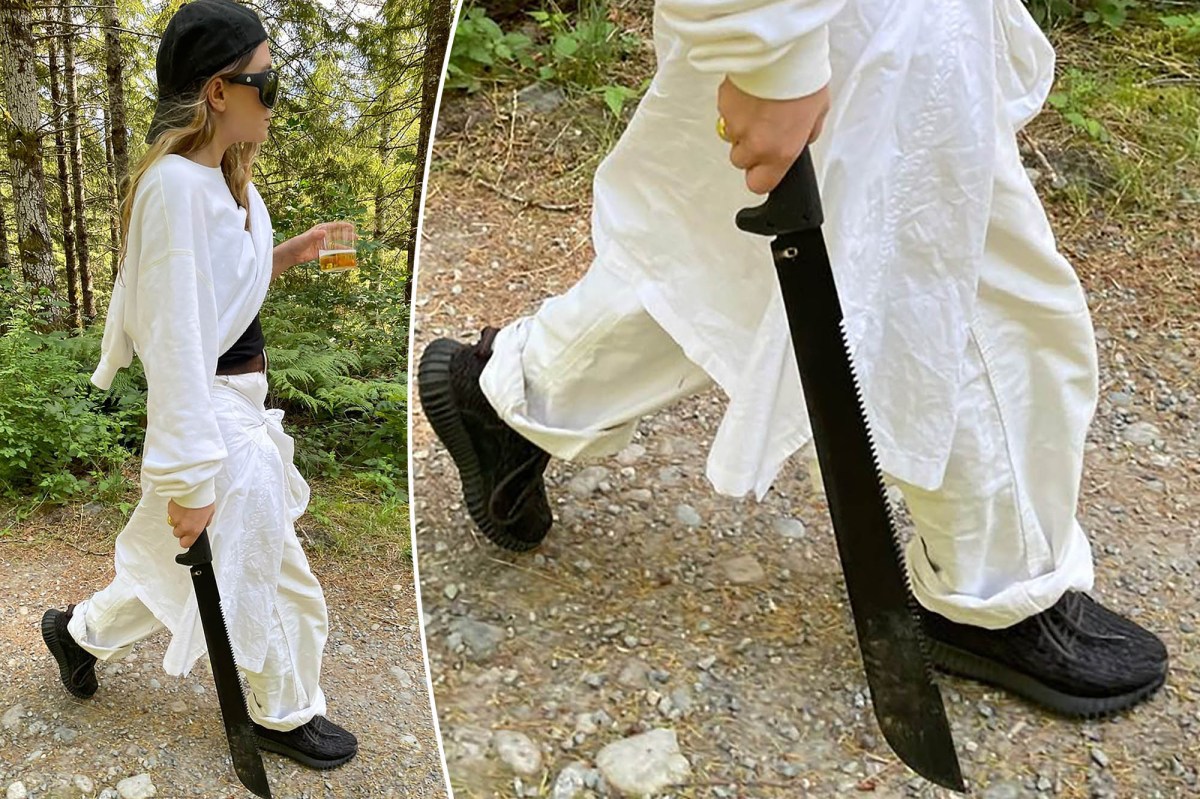 Louis Eisner shared a rare photo of girlfriend Ashley Olsen as they walked together Friday, with fashion designer wearing a machete along the trail.

Olsen, 35, was snapped by her beau wearing a white sweatshirt layered over a black tee, white linen pants and black YEEZY sneakers as well as a black hat and her signature, oversized shades.

While the look works one day outdoors, the former child star also carried a large machete blade in her right hand during the outing while sipping from a drink in her left.

Eisner, 32, chose not to write the caption, but instead followed it up with one of himself standing on a beam over a pond.

While the former “Full House”

; star and artist has been linked since 2017, Olsen has yet to publicly comment on their relationship.

They were last seen in public together back in March when they met for a double date with friends in NYC.

Ashley was also seen in New York in May, the same day came news of twin sister Mary-Kate Olsen’s divorce from her husband Olivier Sarkozy after five years of marriage.

Olsen is behind the luxury brand The Row and is said to be valued at $ 100 million. Actors Jonah Hill and Zoë Kravitz teased a collaboration with the label back in April.