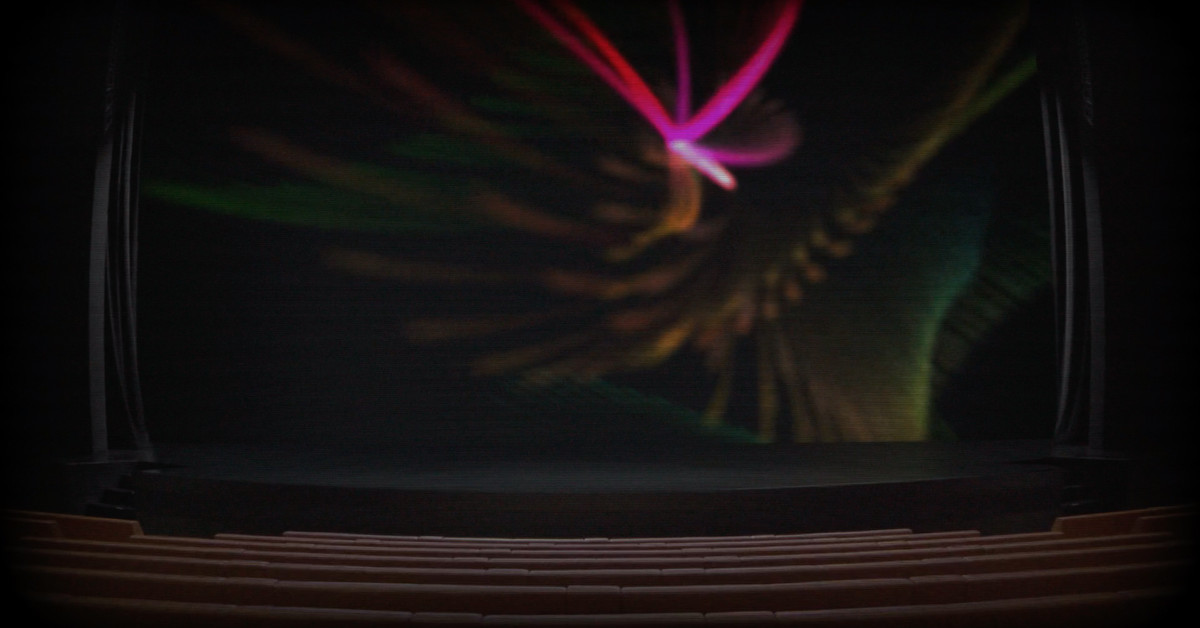 Apple will hold its show time event tomorrow from the Steve Jobs theater at its Cupertino headquarters in California. It is expected to unveil a number of new services that highlight its shift into services, including a revamped news service, subscriptions to premium TV channels, and its own original content. Ahead of the event, Apple has been running a video from the theater today, teasing its focus on television.

The video is stylized to look like a CRT television set, and has been switching between a handful of different angles of the theater. Presently, the theater's screen has a classic Apple screensaver on the screen, although some Twitter users have spotted some other things pop up on the screen, like a screenshot of an incoming call from Captain America himself, Chris Evans. It's likely that that's a nod to the shows that Apple is expected to unveil, as Evans is starring in one of them, an eight-episode thriller series called Defending Jacob .

Another Twitter user pointed out that this is not a live stream of the theater, noting that the company is probably in the midst of rehearsing for tomorrow's event.

In addition to announcing its original content offerings, Apple is expected to offer bunch of new service offerings: an updated news service, subscription offerings for premium channels like HBO, Starz, and Showtime, as well as a subscription gaming service.