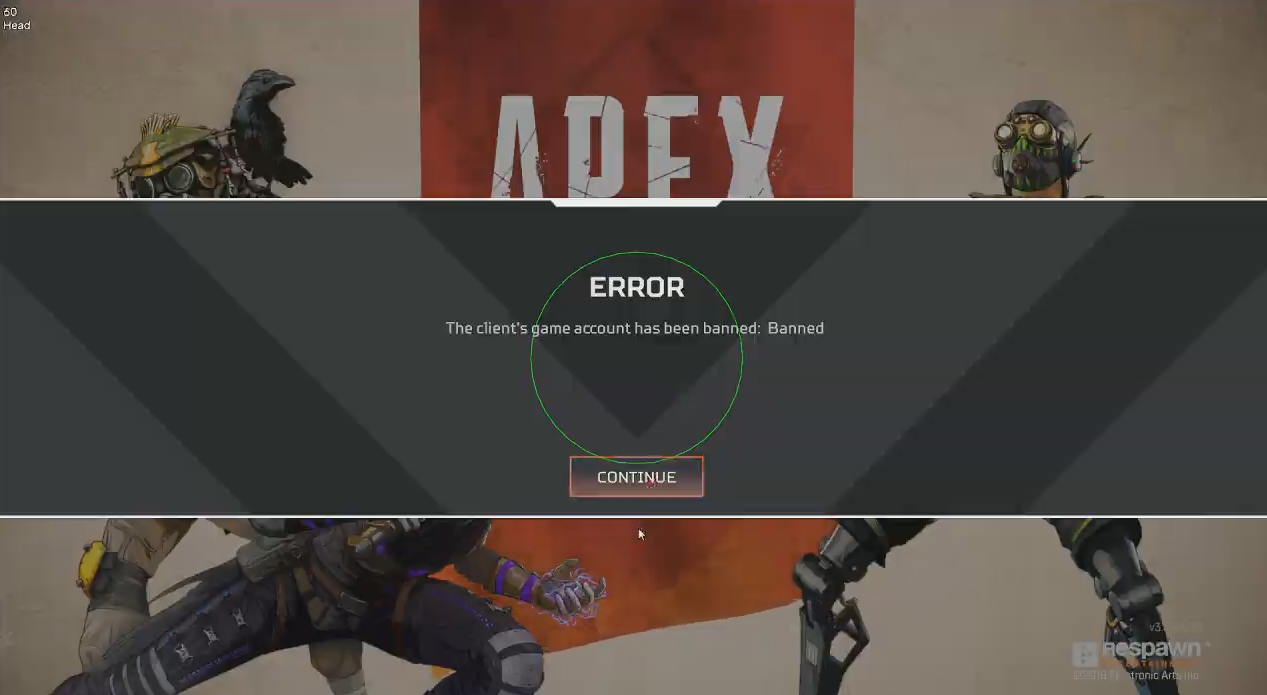 While most players that cheat in video games don't really like advertising it, others don't feel so shy about cheating

An Apex Legends player by the name of "Entzy" is streaming his point of view on YouTube and is using several in-game cheats to outdo his opponents. And even if you didn't watch the stream, the title, "Entzy | CHEATING ON APEX, "points out the fact he is cheating, too.

After winning an Apex match in which he could see a rectangular box around each player and he could instantly lock onto players' heads , Entzy's account was banned during the pre-game screen. Entzy did not seem to fazed by the ban, though. “That took longer than I thought it would take. I was hoping it would be quicker. ”Unfortunately for Entzy, he discovered that his other cracked accounts had been banned as well. He abruptly ended the stream after saying that he needed to "spoof" and that was back soon.

During the stream, Entzy talked with several other people presumably in the same Discord server as him. They even discussed how "hacking" and "cheating" in games were different early on in the stream. No matter how they define it, though, it's clear Entries had no intention of playing the same level as his opponents.

His YouTube stream says that he streamed for almost two hours before being banned, which may indicate Respawn's anti-cheat and reaction time to cheats can be improved.