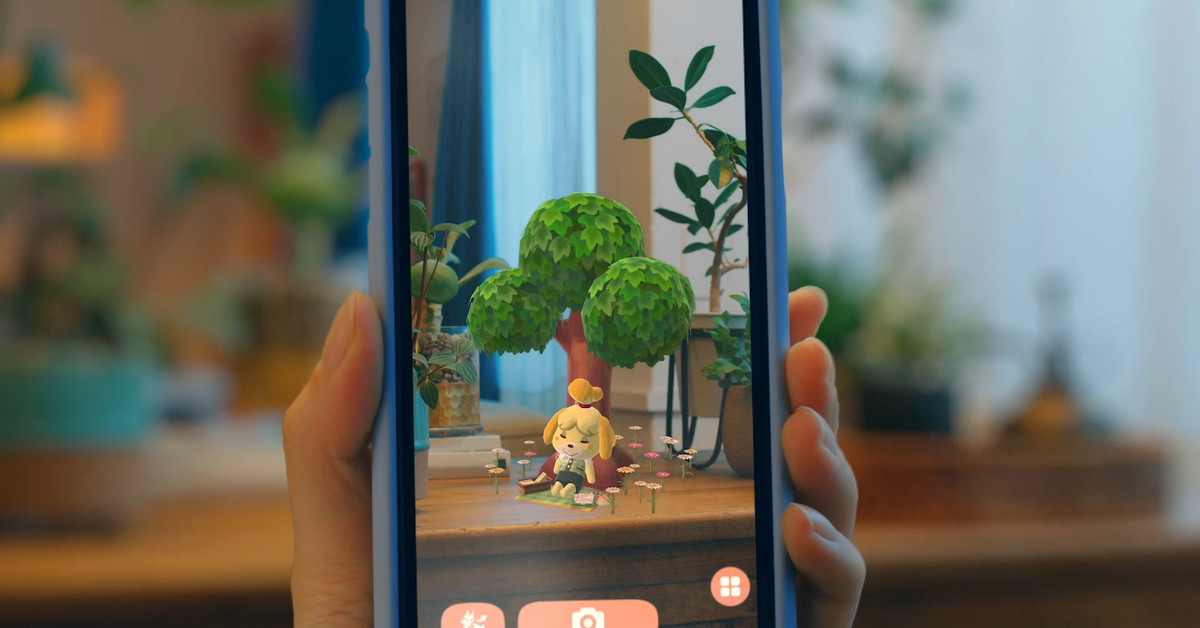 Animal Crossing: Pocket Camp, the smartphone entry in the long-running Nintendo franchise, has been updated with a few new augmented reality features. The first, AR Camera, allows you to place figures and furniture from the game in the real world and photograph them. Meanwhile, the AR Cabin feature lets players decorate a virtual cabin, fill it with characters, and then watch it in augmented reality from their smartphone.

Along with the new AR modes, Nintendo says the update means more areas on each campground can have furniture and items placed inside them.

Unfortunately, the new features have increased the game’s system requirements, and earlier versions of the game are now useless after the update. A support post notes that iPhone users now require iOS version 11 at least (or ideally iOS 13 and later) rather than iOS 9, which was the previous requirement. Android users, meanwhile, must now run Android 5 or higher on a 64-bit device with at least 1.5GB of RAM. It is higher than the previous requirement for Android version 4.4 and 1.5 GB RAM.

According to the same support document, “Animal Crossing: Pocket Camp can not be downloaded or played on devices that are no longer supported.” The change has left some players furious. The responses to the official Pocket Camp Twitter account are filled with complaints from players who no longer have access to the game after the update. One particular issue seems to be the requirement for a 64-bit Android device, where some gamers report that they are unable to run the game on their 64-bit hardware due to a 32-bit operating system.

“In some cases, some devices may not be supported even when they meet the listed conditions,” reads a support post about last month’s update.

Nintendo says saved data can be transferred to a new device if players have already linked their Nintendo accounts to their games. When you create a new device, select “Link Nintendo Account” when you start the game for the first time, which allows you to import the existing saved data. Note that Leaf Tickets, an in-game currency that can be purchased for real money, cannot be transferred between Android and iOS devices.

Simultaneously with the update, Nintendo is offering a free month of “Furniture & Fashion Plan”, which offers benefits such as extended storage space for items and the ability to get exclusive furniture and clothing. The subscription usually costs $ 7.99 (£ 7.99 / € 8.99) per month. On the flip side, if you are one of the players who no longer has a device that can play the game, Nintendo recommends that you will need to cancel any subscriptions in the game to prevent future charges.