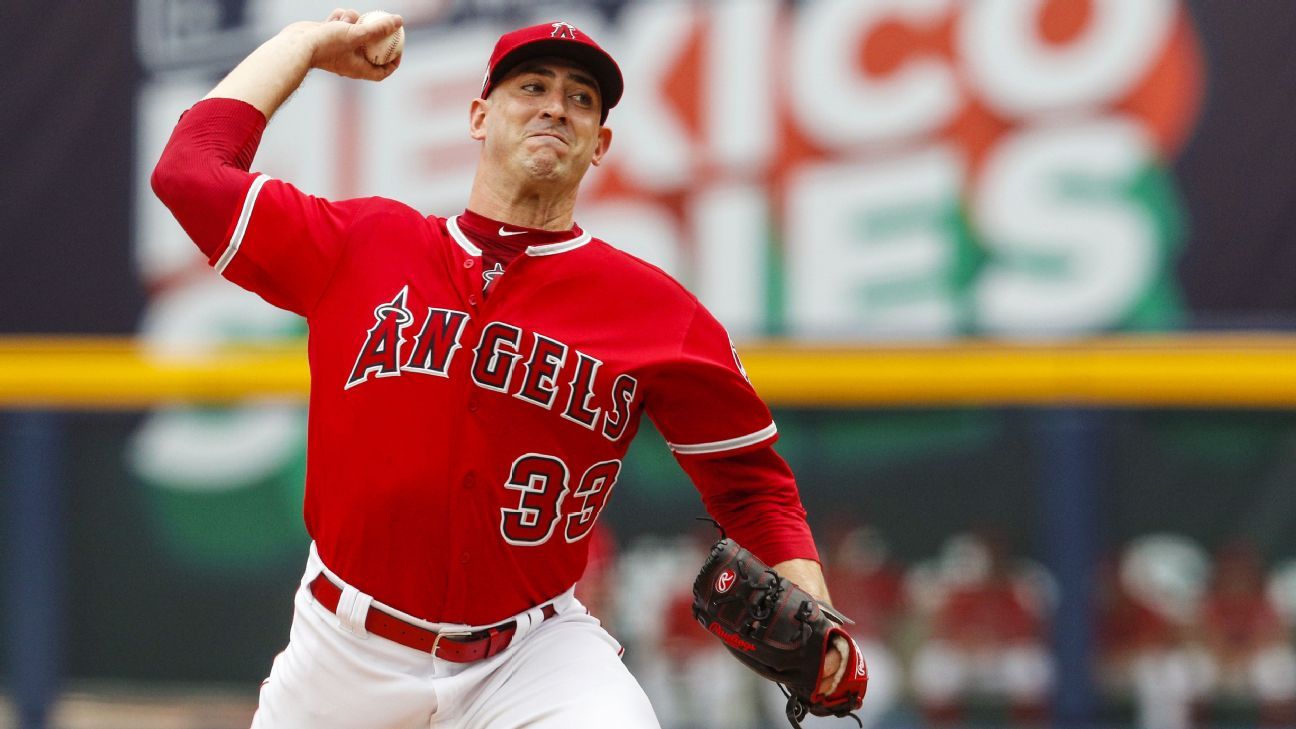 After fighting through his shortest outing of the season, Angel's right hand Matt Harvey was placed on the 10-day damaged list with an upper back.

Harvey gave eight runs on seven hits, including four races, in just 2/3 innings against the Minnesota Twins on Thursday.

Then, 30-year-olds considered the "embarrassing" loss one of the worst starts in his career.

"That's the frustrating part," Harvey said after Thursday's game. "I'm fine, I feel healthy. It's just … the ball doesn't come out right … There are many answers I want I could give you. I'm looking for myself. Just have to watch video and continue find out, continue working in bullpens and just figure out a way to get it done. "

1 million offer in the offseason. His 7.50 ERA would be highest among the American League starters, although he has probably not recorded in his 10 starts to qualify among the leaders.

In a number of other features of right-handed Saturday, the angels reinstated Luis Garcia, revoked Taylor Cole from Triple-A and selected Luke Bard for Salt Lake.

Garcia returns after being on the injured list on May 13 with a lumbar spine muscle spasm.

Cole was sent only to Salt Lake on Friday.