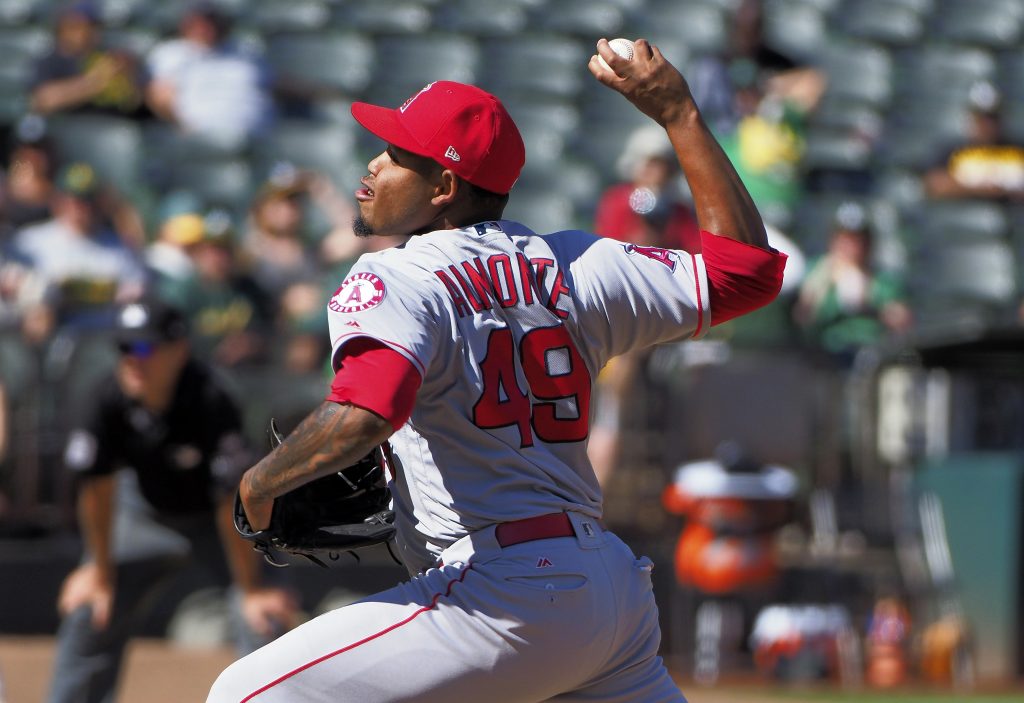 Almonte seven relief innings for the Halos last season, posting a 10.29 ERA with seven strikeouts and three walks . The 25-year-old joined the organization after an April trade with the Royals. Originally signed as a teenager out of the Dominican Republic by the Royals in 2010, Almonte has a 3.99 ERA, 8.7 K / 9, and 2.75 K / BB rate over 577 2/3 innings in the minors, appearing most frequently as a relative over the last three seasons. Over 17 2/3 total MLB frames with the Royals and Angels, Almonte has an 8.66 ERA.